Daphne Selfe, an 89-year-old supermodel, looks almost impossibly elegant as she glides onto the stage at a fashion event in Edinburgh. She’s tall and slim, with a mane of silver-grey hair piled perfectly on top of her head, and she’s impeccably dressed in a red, crushed-velvet jacket and long leopard-print skirt. She’s at the event to talk about diversity in fashion, and her eyes flash when she’s asked if she thinks people only hire her as a “token” effort to seem politically-correct.

“Not at all,” she fires back. “I’ve been modelling since the 1960s, I’m professional. If you do a shoot with me, you’ll be finished very quickly. Photographers say I have more energy than any other model they’ve worked with. I do yoga every day, and I can still do almost anything a younger model can. I’m proud that I’m still working and proud that I’m still considered beautiful. And I’m pleased more older models are finding work than in the past. It’s certainly fun for me.” 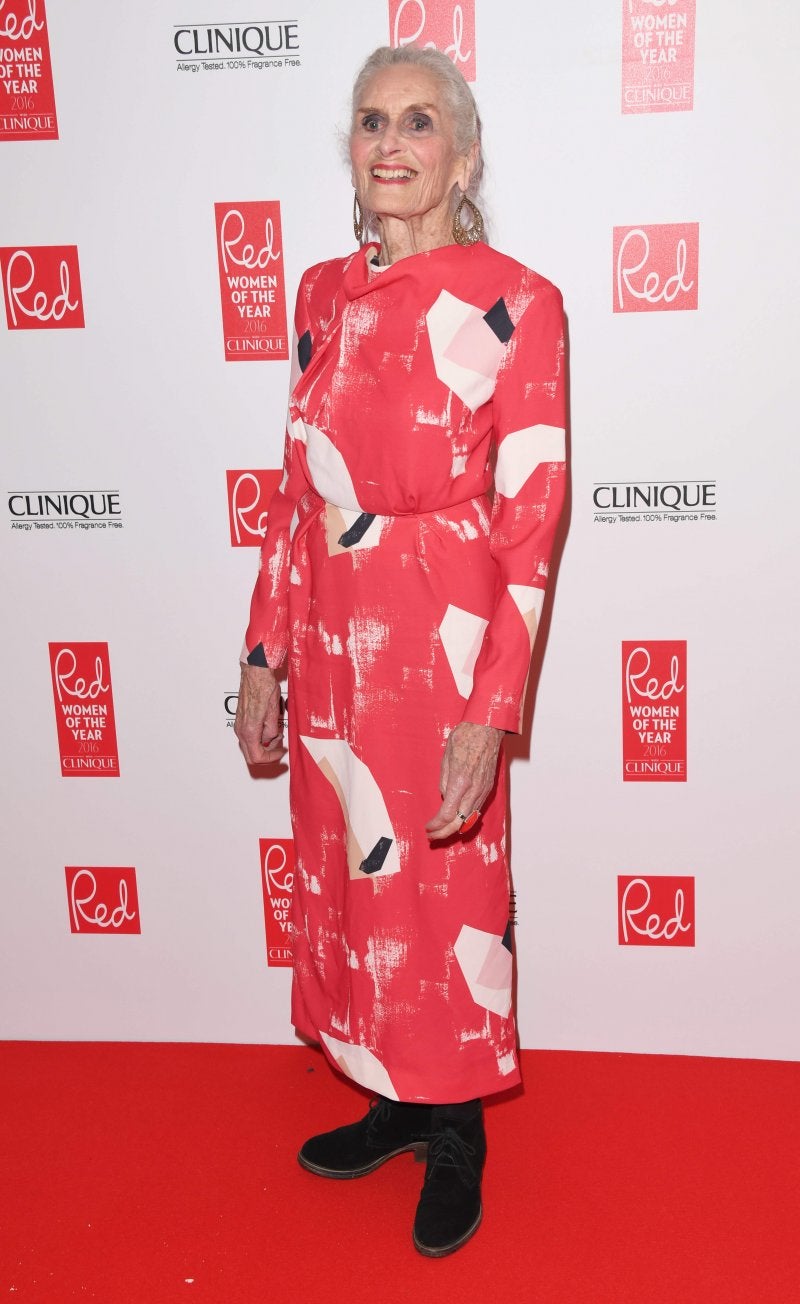 Selfe is represented by renowned agency Models One, which has the largest number of classic (over-50s) models in Europe on its books. Manager Uwe Herzstein has been asked about this so-called “greynaissance” many times. He’s a warm, friendly man who jokes on the phone about wishing he still had a six-pack, and acknowledges that customers of both high street brands and fashion houses want to be be represented by fashion models who are closer to their own age.

“Our older models are busier than they’ve ever been in the past,” he says, raising his voice over the hubbub of his busy office. “Many of them have been working in the industry with well-known designers like Versace since the Sixties. They’re iconic and have huge status within the industry, and the kudos they give to a designer if they choose to work with them is incredible.”

Models One also represent legendary 72-year-old model Jan De Villeneuve, who walked for Simone Rocha during last year’s London Fashion Week in February 2017, and who started modelling in 1966. De Villeneuve is, like Selfe, tall, slim, and poised, with a crisp bob of steely grey hair and striking aquiline features. But although she seems formidable, she’s anything but.

“I think I do prefer modelling now that I’m older,” she says in her soft, thoughtful Michigan accent during an hour-long phone conversation one February morning. “It’s more compatible with my general spirit. Here I am, wrinkles and all, and people simply have to accept that. When I was younger, I never really felt that I was beautiful, I was very insecure. These days I’m much happier. I stopped colouring my hair years ago, and it felt very good to not worry about keeping up with some impossible image. It’s easier getting older, I look the way I look and that’s that!”

De Villeneuve has an active Instagram account and says she loves to the fact she receives instant feedback from fans, particularly young women, whenever she posts a new photo.

“People seem to prefer the pictures where I look most wrinkled, old, and in need of sleep!” she laughs. “But I don’t mind that at all as the comments are so positive. I get a lot of very supportive messages from teenage girls and girls in their early 20s, they seem particularly inspired by the images and tell me how beautiful I look. And older women say how happy they are to see someone who has aged naturally. I haven’t had any work done, and it seems to give women a sense of relief to find you can still look good in your 70s without expensive or invasive surgery.”

However, when it comes to ageism in fashion, as with other diversity issues, there is always more work to be done, as 25-year-old business owner Jacynth Bassett is at pains to point out. In 2014, she founded a clothing website called The Bias Cut after a series of particularly bruising encounters when she was out shopping with her 60-year-old mother on the high street.

“I couldn’t believe how rude some of the shop assistants were,” she says on the phone, her voice is brimming with indignation. “One designer told my mother that the only thing in the store that was “suitable” for her shape was a black shrug. Like most women, her figure changed when she went through the menopause. Many women put on weight around their stomach, so I founded The Bias Cut with that in mind. We use non-professional older models drawn from our customer base: women who are a wide range of shapes, sizes, ethnicities, and ages.”

“It’s wonderful that older models like Daphne Selfe are being seen in campaigns on a more regular basis,” she continues. “but at the end of the day, she and other high-profile classic models are almost all very tall, slim and caucasian with long silver hair. That simply isn’t true of most older women, so the industry still has a long way to go when it comes to representing all types of aging. It’s about redefining what they, and we as a society, consider to be beautiful.”

Selfe acknowledges that too. She’s famously very honest (“once,” says Herzstein, “she was at a Gucci shoot for Harper’s Bazaar, she called out ‘this really is the most hideous outfit’”) and when asked by an audience member at her panel event why she was still getting work in her late Eighties, Selfe replied, “It certainly helps that I have the right look, and that I’ve kept my figure.”

Selfe is a uniquely beautiful, characterful, and talented woman, but admittedly not a typical 89 year old. It remains to be seen whether the fashion industry can expand their representation of older women. Still, a combination of the grey pound and greater awareness of diversity have certainly set things strutting down the right path.