At least part of the credit for Ruth Wilson’s extraordinary performance in Dark River is owed to a red-haired Border Collie. While she was in Yorkshire training to be adept at country life – shearing sheep, skinning rabbits, shooting guns and ratting houses – she worked with a sheepdog who seemed somehow as traumatised as the character she was preparing to play. “She was very skittish with humans,” Wilson recalls, “and wouldn’t look them in the eye. Her haunches would go down as if she’d been abused. And then on the field, she was focussed, aggressive, in control. So I based my character on her.”

The inspiration worked. As Alice, a skilled sheep shearer who returns to the farm she grew up on after her father dies, Wilson is tense and brittle, as though she might crumble to dust at any moment. For the past 15 years, Alice has been working around the world – New Zealand, Norway, “anywhere there’s sheep”, anywhere far away from the sexual abuse she was subjected to at the hands of her father (Sean Bean) as a child.

Her brother Joe, played with both tenderness and rage by Mark Stanley, has never left. He hasn’t forgiven Alice for leaving either, though neither of them is capable of articulating the potent mix of shame and resentment they feel. Just like in previous films by Clio Barnard, the heir to the gritty realist throne of Ken Loach, Dark River is driven as much by what isn’t said as by what is. “It’s sculpted,” says Wilson, “It feels like a held moment. There’s hardly any dialogue, but it just feels so full.”

We’re in a small office room in Covent Garden. Wilson’s been here most of the day, surrounded by pastries that she’s tried, and mostly failed, to foist on to journalists. When I turn down her offer too, she looks forlorn. “I ate half of one earlier, and they’ve brought a load of new ones,” she says with faux indignation. Doing press doesn’t usually fill Wilson with delight ­– even an endless supply of croissants can’t make up for the toil of being asked, again and again, about her personal life – and since she broke out as the psychopathic scientist Alice Morgan in BBC’s Luther, before landing starring roles in Anna Karenina, Saving Mr Banks, and on the hit Showtime series The Affair, she’s had to do a lot of it. But today, she says with a tone of surprise, is a little different. “I’ve sort of been looking forward to talking about this film.”

There’s certainly a lot to talk about. Dark River is a powerful but understated examination of abuse, and the psychological damage done when a person’s protector is also their abuser, their home also the site of their trauma. Alice is determined to fix the farm – which has fallen into disrepair while her father and brother have been in charge – but she can hardly stand to be there. The memories cling to it as stubbornly as the rats that have overrun it. “She can’t step a foot in that house,” says Wilson, “but she feels it’s what’s owed to her, so it’s that constant fight she has within herself. It’s a past, it’s a grave, it’s a memorial, but she has to come back and reclaim it in some way.”

Alice is also trying to reclaim the farm on behalf of her mother and grandmother, who once ran it. “She’s having to stand up to these men in every area,” Wilson says. “Whether it’s [the men] selling the sheep, or it’s her brother, or the guy coming to buy the land, everyone is a man that she’s having to kind of negotiate. She’s this woman struggling to have her own space and her own voice in a very male world.” 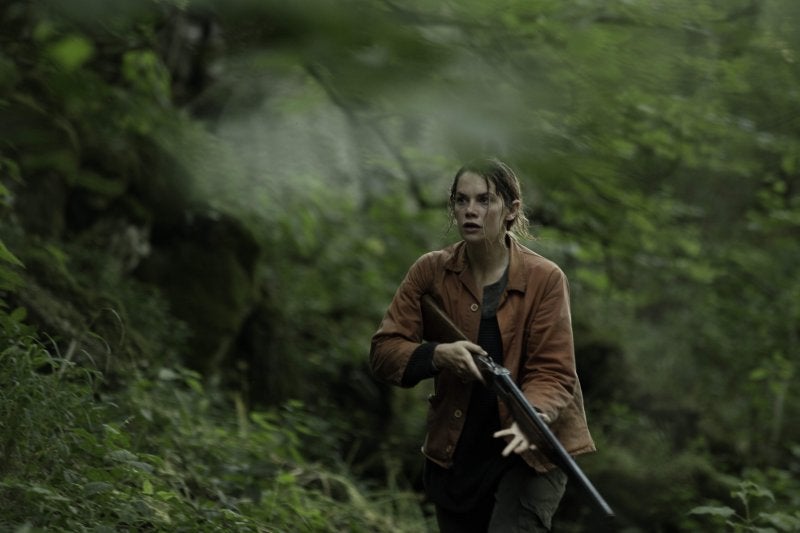 Wilson in a scene from Dark River. Credit: Arrow Films.

Through this film, Barnard wanted to explore objectification – both of the land and of the female body. “The way we objectify the countryside, and make it all seem beautiful and glorious, that’s what patriarchy has done to women for so long,” says Wilson, “objectify it, put it on a pedestal, [without seeing that] it’s much more complex than that, and it’s much more interesting and whole and full. Patriarchy has oppressed women and reduced them or undervalued them. It’s the same with the land, it’s much more brutal and complex than the beautiful countryside that we put on our posters.”

Wilson returns to the word “complex” throughout our conversation – in relation to the land, to the nature of victimhood, and to the relationship between Alice and her brother  –  but she rolls her eyes when I recall a quote from a recent profile: “Complex women are becoming something of a calling card for Wilson.” “People are complex aren’t they?” she says. “That’s what’s so annoying. Everyone is complex. We’re all a bit mad.” She thinks for a moment. “I suppose a lot of female parts are two dimensional. It’s not that there’s a certain brand of ‘complex woman’ to be played, [it’s that] so few people give female characters the time of day.”

The Affair, which made Wilson’s name in the US (after a potentially star-making turn alongside Johnny Depp in The Lone Ranger turned out to be a flop), lends equal weight to the inner workings of its two leads – a man and a woman, both battling demons, who cheat on their respective spouses with each other. But has Wilson seen progress, over the past decade, when it comes to the industry’s willingness to tell female-centric stories? The kind of stories that would pass the Bechdel test? “Uhh, no not really,” she says. “I mean that show fails the Bechdel test in every scene. If women do talk to each other, it’s about men.” A week or so after we speak, she reveals another of the show’s gender parity issues – that her co-star Dominic West earns more than she does, despite their equal billing. 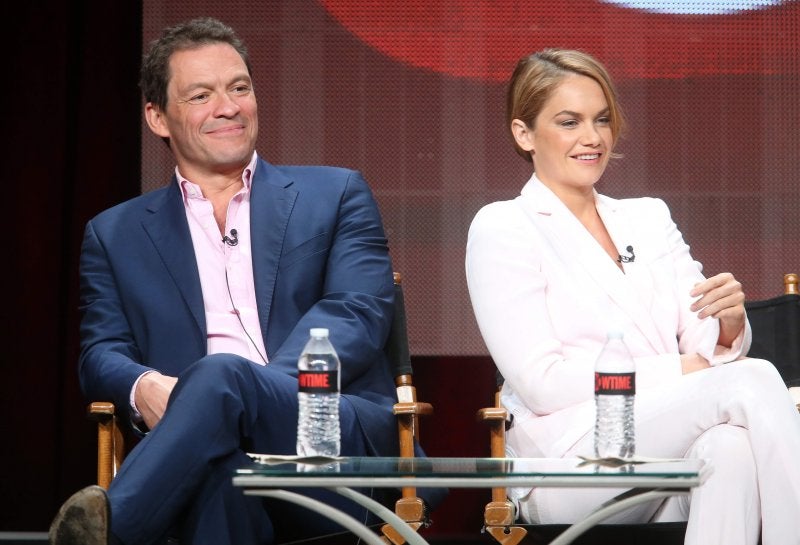 Wilson in 2015 with her co-star from The Affair, Dominic West. Photo: Getty

Nevertheless she does hold out some hope that movements like Time’s Up will finally accelerate the rate of progress, particularly when it comes to women’s voices being heard. “Actually what is happening is that there’s a community of women now that are talking to each other. We haven’t had the opportunity to do that before; we’d be in competition with each other, or were made to feel that we were anyway. A consequence of all this stuff is that it’s actually bringing women together who are very talented, and they’re gonna support each other to make stuff for each other. I’ve never been in so many groups of women, and actually it’s been glorious. The piece I’m doing now is my own family history, but it’s all from the female point of view.”

That piece is The Wilsons, which Wilson is executive-producing and starring in as her own grandmother, Alison, who discovered on her husband’s deathbed that he was a spy in the inter-war years, had four wives whom he never divorced, and children with all of them. It’s a truth stranger than fiction. Last week, Wilson was auditioning boys to play her character’s son. So he’d be playing her real life father? “Yeah!” she laughs. “It’s so weird. I might have a breakdown at the end of it. If you never see me again, that’s why.”

Potential breakdown aside, Wilson is palpably excited about the project – particularly as it gives her the opportunity to centre women’s stories on screen. It’s the kind of work she’s confident this newly discovered support network is leading towards. “I hope this whole community just drives forward the female lens and the female experience,” she says. “I hope it doesn’t end, you know?”