As discussion of the refugee crisis gets ever more bitter and our screens fill with images of boats packed with refugees, devastated parents clasping their children, tear gas shooting into crowds over barbed wire, those who remember George Orwell’s Nineteen Eighty-Four well might be reminded of an early scene that is frighteningly reminiscent of what we are seeing today. When Winston Smith makes his first, defiant, diary entry he describes watching a propaganda film of the bombing of a boat of refugees in the Mediterranean. The bombs fall, a man drowns. A woman clutches her child to her breast. Another bomb. A child’s arm points up helplessly above the waves. The audience applauds.  Writing the scene begins the process of dissent. Winston’s words fall out on the page in an inarticulate rush, and Orwell depicts a thought-crime in the making.

In a New Statesman review last week Jonathan Bate suggested that the humanism of the humanities has been rendered so opaque by university English departments that we now need a Professor of the Public Understanding of the Humanities to explain the value of literary study to us. If we’re not persuaded that we need help to understand our humanity, he suggested, we can instead read some very well written books about the pleasures of reading by some of the last men capable of claiming themselves the heirs of Montaigne (Bate was reviewing Alberto Manguel, Michael Hoffman, James Wood and Clive James).

I’ve been thinking about Bate’s remarks while re-reading Orwell, and wondering whether the inability to grasp that refugees drowning the Mediterranean are also human beings might be connected to the much commented upon demise of the humanities both here and, more dramatically in the US. I think there is a connection. Bate suggests that writing opens up a conversation about how to be “thoughtful, feeling human beings”. This is why literature is a pre-eminently accessible art and why something has gone badly wrong if it now needs explaining to us. I would push that idea of accessibility much further. For Bate, the problem is that literary study has become so specialised, so benumbed by theory-speak, it has disappeared up its own rat hole. The non-specialist public is baffled, and students disappointed. I am not sure that English literature students are disappointed because they’re denied the pleasures of self-discovery, or that the problem is theory whose moment, in any case, has long passed. This generation have been politicised by current events in a way its teachers were not, and maybe books by erudite and articulate men writing about other erudite and articulate but dead men may no longer connect with them very profoundly. Bate is right that we need to begin have a conversation with books again, but what sorts of conversations should we be having?

When I read Nineteen Eighty-Four, for example, I might also want to have a conversation with Orwell about sex. As much as it is a great novel about freedom of thought, Nineteen Eighty-Four is also a book that is both intoxicated and fearful about sexuality, female sexuality and, especially, free female sexuality. Although he doesn’t always know it, Orwell has some dark and interesting things to say about the connection between state violence and violence against women. I might also want to have a conversation about why, when the world has reached such a peak of technological advance, equality has become not more but less possible, and less desired by the powerful. This is Orwell’s main political point in the novel.  Above all, I might want to ask what the connection is between the drowning of the refugee boat and the sort of thoughtful, feeling human being Winston becomes. Later he recalls that his mother once sheltered him in the same way as the refugee woman (a “Jewess”) did her child. Making that association produces a revelation: “‘The proles are human beings,’ he said aloud. ‘We are not human.’”

These are exactly the sorts of conversations that most humanities students want to have and, indeed, despite the teaching bureaucracies in our humanities departments, often do manage to have – not least because this generation is troubled by a world in which violence against women routinely accompanies all sorts of fundamentalisms, and where the democratic digital promise can no longer mask grotesque levels of inequality. The habit of thinking independently through reading and writing, as Orwell understood, is infectious. The problem is not that some teaching in the humanities seem no longer capable of having these kinds of conversation, or simply that universities are no longer interested in educating better human beings. The problem is that there needs to be more recognition of the public value of these conversations. As Orwell also understood, the literary conversations about our humanity that we have with books are also political conversations about what we value about social democracy and how to think and write in the interest of protecting it. Just now, it is not a great idea to entrust this task solely to our increasingly beleaguered, nervously conformist universities. As the students who are flocking to Jeremy Corbyn’s campaign in their droves are telling us, there are other places where we need to have these debates. In this respect, perhaps we now need Professors of the Public Understanding of the Humanities more than ever before; not to explain what most of us already know, that books are a good way of understanding how to become human, but to promote the political and public relevance of that understanding.

Today we’re close enough to the mindset Orwell was describing to making reading him uncomfortable. We might not laugh and applaud the sinking of a boat of refugees, but the use of newspeak to justify the repelling of refugees has certainly reached a new level of collectively cruel cynicism. Read Winston’s first diary entry and watch how Orwell begins a political conversation:

April 4th, 1984. Last night to the flicks. All war films. One very good one of a ship of refugees being bombed somewhere in the Mediterranean. Audience much amused by shots of a great huge fat man trying to swim away with a helicopter after him, first you say him wallowing along in the water like a porpoise, then you saw him through the helicopters gunsights, then he was full of holes and the sea around him turned pink and he sank as suddenly as though the holes had let in the water, audience shouting with laughter when he sank, then you saw a lifeboat of children with a helicopter hovering over it, there was a middle aged woman might have been a Jewess sitting up in the bow with a little boy about three years old in her arms, little boy screaming with fright and hiding his head between her breasts as if he was trying to burrow right into her and the woman putting her arms around him and comforting him although she was blue was fright herself, all the time covering him up as much as possible as if she thought her arms could keep the bullets off him, then the helicopter planting a 20 kilo bomb in among them terrific flash and the boat went all to matchwood then there was a wonderful shot of a child’s arm going up up up right up into the air helicopter with a camera in its nose must have followed it up and there was a lot of applause from the party seats but a woman down in the prole part of the house suddenly started kicking up a fuss and shouting they dint oughter of showed it not in front of kids they didn’t it aint right not in front of the kids it aint until the police turned and turned her out I don’t suppose anything happened to her nobody cares what the proles say typical prole reaction they never  –

By some typically canny good writing, Orwell unravels the fantasy that marauding swarms of refugees are so threatening that we should delight in the spectacle of their death. First, there’s the detail. It is one thing to watch a man try and swim to safety only to be shot down on film, but it’s quite another when the pen slows the scene down so that we can see he is full of holes, that the sea is turning pink. Writing brings us closer. It also makes us feel pity – a mother hopelessly shields her child. When the camera shot of a child’s sinking arm is described as “wonderful – up, up, up” we know that this is the same child, and that Orwell is juxtaposing one point of view – the camera eye that feeds mob sadism – with another perspective. Some but not all of that counter view is given voice at the end of the scene with the protests of the “prole” woman, another mother this time shielding her children from the spectacle of cruelty, who shouts loudly and crudely that “it aint right” (Orwell’s depiction of the speech of non-Etonians was always a bit crap). Hope begins with the “proles”, Winston thinks later. This is a portrait of a free mind in the making, artful in its command of point view, controlled in its presentation of the exhilaration that comes with breaking into new thoughts with words.

I was taught to close read passages from Orwell in an educational environment that Orwell had also helped create. To notice how the world was put together through different perspectives was to exercise the capacity for self-reflection necessary to democratic life.  Reading Orwell, it was assumed, made you a better kind of human being, or at the least, less of dupe to bad ideologies.  As Orwell understood in 1948, this thinking through reading and writing was already an endangered art: the original title of Nineteen Eighty-Four was The Last Man in Europe. The hope of making literature live again in public life cannot rest only with the last boys. We also need to find a way of connecting the question of who we are with the question of what kind of society we want to live in.  Being a better human is not simply a matter of mastering the pleasures of self-reflection, but recognising that humanity is something we grant one another in social and political life. To this extent hope, indeed, belongs with the proles. 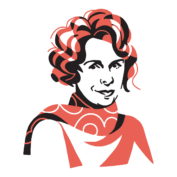