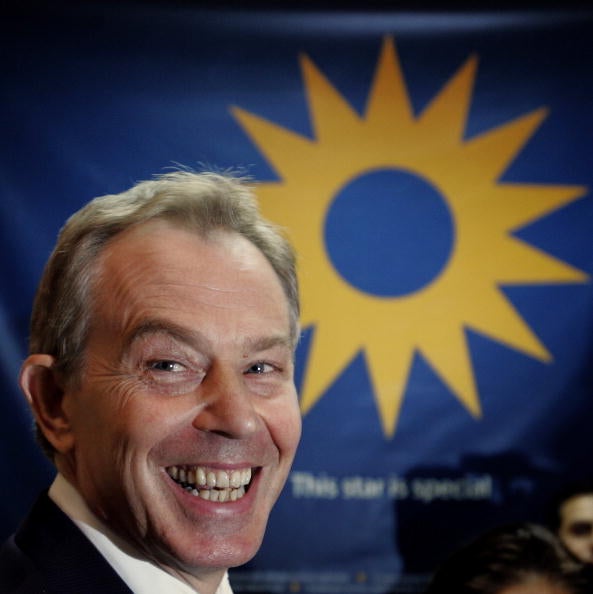 British prime ministers – think of Attlee, Macmillan, Eden, Douglas-Home, Wilson  – used to take the values of the public sphere with them into retirement. They might produce a volume of memoirs and a book or two. The idea of making serious money out of being a former premier was unthinkable. This changed with Edward Heath, who developed an unsavoury yet profitable connection with the Chinese government. Margaret Thatcher earned handsome fees from speeches, while John Major has profited from his connection with the Bush family and the Carlyle Group.

But Tony Blair has made a fortune. A J P Taylor, in his masterpiece English History 1914-45, noted that Lloyd George was the first prime minister since Walpole to leave office considerably richer than when he entered it. Blair falls into the tradition of Walpole and Lloyd George (though his exploitation of the office of prime minister came after he left Downing Street).

The Blair family seems to have a history of financial insecurity. Tony Blair was exceptionally young (54) when he left office. He at once established a network of offshore companies and trusts. Huge secrecy surrounds them. It is impossible to discover how much he earns or the fees he charges.

Hence this invaluable book. It is scrupulously researched, accurate and divided into several major themes. The first concerns Blair’s role as envoy for the Quartet on the Middle East, one that his close friend George W Bush sorted out for him. The authors describe in excruciating detail the ways in which Blair has abused this post. He favours the Israelis and Americans and is unpopular with the Palestinians. He allegedly exploits the role as a calling card to promote his private business. His predecessor, James Wolfensohn, treated Middle East envoy as a near-full-time job, while Blair makes himself available perhaps three days a month. It was recently reported that Blair was looking to “reconfigure” his role in the Middle East, after months of increasing criticism.

Blair could have flung himself into the position, just as he flung himself into the Northern Irish peace process. This would have gone some way towards restoring his tarnished reputation and may have secured him the job he craved – presidency of the European Commission. Instead, the authors suggest, Angela Merkel and others were so dismayed by Blair’s money-grubbing that they looked elsewhere.

The former PM also gives advice to dictators. The authors write that Blair received £8m a year from Kazakhstan’s President Nursaltan Nazarbayev, an ageing monster whose regime is mired in allegations of torture and murder. Blair’s friends assert that he guides Nazarbayev towards political reform. Beckett, Hencke and Kochan suggest that the truth lies elsewhere and that Blair helps Nazarbayev write his speeches and gives PR advice. We learn that a number of people from Blair’s Downing Street team, including Alastair Campbell and Jonathan Powell, also provide services for Kazakhstan. This book is, among other things, a story about the collapse of morality in British public life.

Opposition activists (who tend not to live long) in Kazakhstan say that Blair “has blood on his hands”. But he performs similar services in Azerbaijan (which in 2013 announced the election result before voting had started), Egypt and a number of Gulf states. In the case of Kuwait (where Blair was awarded an estimated £27m contract for doing very little), there is some reason to believe that the emir’s motive was gratitude for Blair’s role in dislodging Saddam Hussein. The authors reveal that Azerbaijan helps to fund Progress, the Blairite pressure group inside Labour. The section on Progress, portrayed as a rich man’s version of the Militant Tendency, is path-breaking. It chronicles Progress’s role in selection battles for Labour constituencies, thus foreshadowing the Labour civil war that is certain to break out if Ed Miliband loses the forthcoming election.

Blair’s dealings with dictators expose huge conflicts of interest. As Quartet envoy, his chains of accountability are obscure and he was lightning quick to leave parliament, where he would have been obliged to declare his clients. Again, the contrast with an earlier generation of leaders is telling.

The descent of Blair to a well-connected member of the international white-trash jet set is powerfully told. However, the authors let off David Cameron too easily. Cameron could have put a stop to Blair’s international business arrangements, which run parallel in some parts of the world with the British foreign service, with a snap of the fingers. He has encouraged Blair and listens to his advice: for instance, over intervention in Libya. The Conservative Prime Minister – who once declared himself the “heir to Blair” – may be planning a similar exit route. There are also obvious strategic advantages. Cameron needs Blair to help him win this year’s general election. Just as Blair deployed Thatcher to sabotage Major, so Cameron has deployed Blair to sabotage Miliband. The section on the role played by Blair and his allies in wrecking Miliband’s general election campaign is of first-class political importance.

This book does not pin down how much money Blair has made. He insists it is no more than £20m; the authors speculate on £60m. I would guess that it’s rather more than that.

All this makes for gloomy reading. It is an illustration of David Marquand’s thesis about the collapse of the public domain. Again and again, Blair and those like him have seized public goods and used them for private gain. Something has gone wrong with our national life and the sad story of Tony Blair helps to illustrate the scale of
the problem.