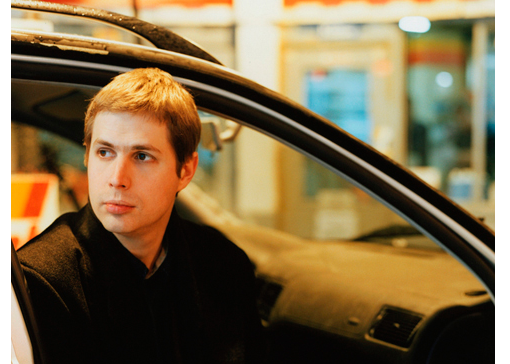 Most of the living German-language novelists who make it into English write about war and/or the GDR (Julia Franck, Eugen Ruge, Uwe Tellkamp). Exceptions include Charlotte Roche, the author of the anatomically explicit bestseller Wetlands, and Daniel Kehlmann, whose postmodern comedies examine the cost of success – a natural theme for a million-selling writer whose books have been translated into more languages than he has years (he has just turned 40). Part of his international appeal may have to do with how easily he allows you to overlook his work’s German setting: when, on the first page of his new novel, F, someone parks “in front of a line of terrace houses in a street in the outer boroughs”, you’re more or less free to picture the scene wherever you are. A later reference to Currywurst  is almost shockingly atypical.

Kehlmann made his name with Measuring the World (2005), a novel about the Enlightenment thinkers Alexander von Humboldt and Carl Friedrich Gauss, who at one point manages to forget that his wife is in labour and doesn’t care to be reminded. The suggestion that genius can’t thrive at home resurfaces time and again in Kehlmann’s fiction. In the art-world satire Me and Kaminski (2003), the eponymous painter abandons his daughter in his quest for “a way out of mediocrity”; her mother accepts that it wasn’t “in [his] capacities to make people happy”. F features an unpublished novelist whose breakthrough comes only after he walks out on his family with his passport and all the money in his and his wife’s joint account.

The novels excuse these acts on the grounds that it is better to be a cad than a nobody – the fate of the floundering art critic Sebastian Zollner, the “me” in Me and Kaminski. In F, someone wonders how “people with no particular gifts put up with their existence”, a phrase replayed throughout. In Kehlmann’s book of linked stories Fame (2009), an office worker suggests that it is not easy: “Every one of us who’s an employee feels we’re an artist . . . None of us wants to acknowledge . . . that nothing about us is exceptional.” The same book features an author who, after a series of Kafkaesque misunderstandings on tour in central Asia, ends up as a drudge labouring for subsistence. The message seems to be: never forget how bad the civilians have it.

This preoccupation with anointment is somewhat unappealing – Kehlmann knows where he stands – but it doesn’t spoil the brisk fun he has to offer. F is his most technically accomplished novel yet, moving freely in time and point of view. It begins in 1984 with Arthur, as yet unpublished, taking his three young boys out for an afternoon, then fast-forwards into their early thirties to portray a single day in 2008 from their separate points of view. Martin is a priest, Eric a banker, Ivan a painter. Each man is systematically sent up: Martin has no faith; Eric runs a Ponzi scheme; Ivan is a sophisticated art forger.

Much of the pleasure comes from the multiple ironies and manipulated expectations produced by Kehlmann’s shifts in perspective. Eric’s aloof behaviour over a swanky lunch with Martin at first seems intended to be a satire on his industry – bankers! – but we have cause to reconsider once we see the same episode from inside Eric’s troubled mind.

Kehlmann lets some neat touches do the heavy lifting of characterisation. When Eric says that Martin took vows only because he couldn’t get a girlfriend (something we already know to be as good as true from Kehlmann’s prior airing of Martin’s teenage humiliations), Ivan sticks up for Martin’s sincerity, foreshadowing the kindness that proves his undoing in the novel’s pivotal moment of violence.

A line in Kehlmann’s author bio has changed from “He lives in Vienna” (2007) to “He lives in Vienna and Berlin” (2010) to “He lives in Vienna, Berlin and New York”. In recent months, both Jonathan Franzen and Zadie Smith have interviewed him. Where Fame poked fun at writers, one effect of Arthur’s absence in F is to protect a bestselling author from the teasing the novel hands out to almost every other endeavour it portrays. When Arthur says that “nobody knows well-known writers”, the remark seems to come from the same sensibility on display in a recent (and unusually charmless) Q&A in which Kehlmann said that being a writer “means you often get questionnaires and you also get a lot of invitations to very nice literary festivals, but nobody ever puts you in business class”. I suppose he does have to fly a lot.