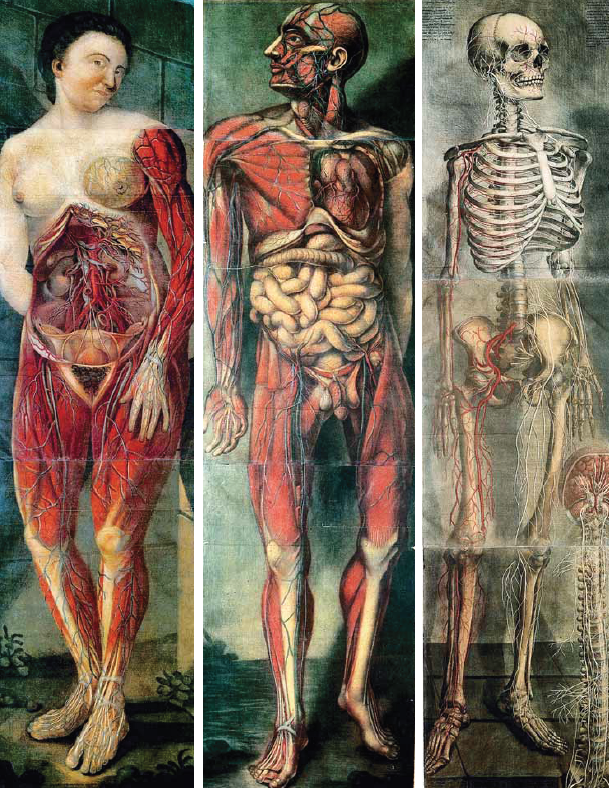 On 16 April 1872, a woman signing herself “An Earnest Eng­lishwoman” published a letter in the Times. It was entitled “Are Women Animals?”.

She was clearly very angry. Her fury had been fuelled by recent court cases in which a man who had “coolly knocked out” the eye of his mistress and another man who had killed his wife were imprisoned for just a few months each. In contrast, a man who had stolen a watch was punished severely, sentenced to not only seven years’ penal servitude, but also 40 lashes of the “cat”. She noted that although some people might believe that a watch was an “object of greater value than the eye of a mistress or the life of a wife”, she was asking readers to remember that “the inanimate watch does not suffer”. It must cause acute agony for any “living creature, endowed with nerves and muscles, to be blinded or crushed to death”.

Stranger Things series four is all about “trauma”. No wonder Gen Z love it

Indeed, she continued, she had “read of heavier sentences being inflicted for cruelty towards that – may I venture to say? – lower creation”. She pleaded for women to be subsumed under legislation forbidding cruelty to animals, because that would improve their position in law.

Speculation about the degree to which human beings and animals experienced pain has a long history, but “An Earnest Englishwoman” was writing at a very important time in these debates. Charles Darwin’s Descent of Man had been published the year before her letter, and his Expression of the Emotions in Man and Animals appeared in 1872. Both Darwin and “An Earnest Englishwoman” were addressing a central question that had intrigued theologians, scientists, philosophers, psychologists and other social commentators for centuries: how can we know how other people feel?

The reason this question was so important was that many people didn’t believe that all human beings (let alone non-human animals) were equally capable of suffering. Scientists and philosophers pointed to the existence of a hierarchy of sentience. Belief in a great “Chain of Being”, according to which everything in the universe was ranked from the highest to the lowest, is a fundamental tenet of western philosophy. One aspect of this Chain of Being involved the perception of sensation. There was a parallel great Chain of Feeling, which placed male Europeans at one end and slaves and animals at the other.

Of course, “An Earnest Englishwoman” was using satire to argue for greater rights for women. She was not accusing men of failing to acknowledge that women were capable of experiencing pain. Indeed, that much-maligned group of Victorian women – hysterics – was believed to be exquisitely sensitive to noxious stimuli. Rather, she was drawing attention to the way a lack of respect for the suffering of some people had a profound impact on their status in society. If the suffering of women were treated as seriously as the suffering of animals, she insisted, women’s lives would be better.

Although she does not discuss it in her short letter, the relationship between social status and perceptions of sentience was much more fraught for other groups within British and American societies. In particular, people who had been placed at the “lower” end of the Chain of Feeling paid an extremely high price for prejudices about their “inability” to feel. In many white middle-class and upper-class circles, slaves and “savages”, for instance, were routinely depicted as possessing a limited capacity to experience pain, a biological “fact” that conveniently diminished any culpability among their so-called superiors for acts of abuse inflicted on them. Although the author of Practical Rules for the Management and Medical Treatment of Negro Slaves, in the Sugar Colonies (1811) conceded that “the knife of the anatomist . . . has never been able to detect” anatomical differences between slaves and their white masters, he nevertheless contended that slaves were better “able to endure, with few expressions of pain, the accidents of nature”. This was providential indeed, given that they were subjected to so many “accidents of nature” while labouring on sugar-cane plantations.

Such beliefs were an important factor in imperial conquests. With voyeuristic curiosity, travellers and explorers often commented on what they regarded as exotic responses to pain by indigenous peoples. In Australia, newly arrived colonisers breathlessly maintained that Native Australians’ “endurance of pain” was “something marvellous”. Others used the theme as an excuse for mockery. For instance, the ability of New Zealand Maoris to bear pain was ascribed to their “vanity”. They were said to be so enamoured with European shoes that “when one of them was happy enough to become the possessor of a pair, and found that they were too small, he would not hesitate to chop off a toe or two, stanch the bleeding by covering the stump with a little hemp, and then force the feet [sic] into the boots”.

But what was it about the non-European body that allegedly rendered it less suscep­tible to painful stimuli? Racial sciences placed great emphasis on the development and complexity of the brain and nerves. As the author of Pain and Sympathy (1907) concluded, attempting to explain why the “savage” could “bear physical torture without shrinking”: the “higher the life, the keener is the sense of pain”.

There was also speculation that the civilising process itself had rendered European peoples more sensitive to pain. The cele­brated American neurologist Silas Weir Mitchell stated in 1892 that in the “process of being civilised we have won . . . intensified capacity to suffer”. After all, “the savage does not feel pain as we do: nor as we examine the descending scale of life do animals seem to have the acuteness of pain-sense at which we have arrived”.

Some speculated whether the availability of anaesthetics and analgesics had an effect on people’s ability (as well as willingness) to cope with acute affliction. Writing in the 1930s, the distinguished pain surgeon René Leriche argued fervently that Europeans had become more sensitive to pain. Unlike earlier in the century, he claimed, modern patients “would not have allowed us to cut even a centimetre . . . without administering an anaesthetic”. This was not due to any decline of moral fibre, Leriche added: rather, it was a sign of a “nervous system differently developed, and more sensitive”.

Other physicians and scientists of the 19th and early 20th centuries wanted to complicate the picture by making a distinction between pain perception and pain reaction. But this distinction was used to denigrate “outsider” groups even further. Their alleged insensitivity to pain was proof of their humble status – yet when they did exhibit pain reactions, their sensitivity was called “exaggerated” or “hysterical” and therefore seen as more evidence of their inferiority. Such confused judgements surfaced even in clinical literature that purported to repudiate value judgements. For instance, John Finney was the first president of the American College of Surgeons. In his influential book The Significance and Effect of Pain (1914), he amiably claimed:

It does not always follow that because a patient bears what appears to be a great amount of pain with remarkable fortitude, that that individual is more deserving of credit or shows greater self-control than the one who does not; for it is a well-established fact that pain is not felt to the same degree by all individuals alike.

However, in the very same section, Finney made pejorative statements about people with a low pain threshold (they possessed a “yellow streak”, he said) and insisted that patients capable of bearing pain showed “wonderful fortitude”.

In other words, civilised, white, professional men might be exquisitely sensitive to pain but, through acts of willpower, they were capable of masking their reaction. In contrast, Finney said, the dark-skinned and the uneducated might bear “a great amount of pain with remarkable fortitude” but they did not necessarily deserve credit for it.

It was acknowledged that feeling pain was influenced by emotional and psychological states. The influence of “mental factors” on the perception of pain had been observed for centuries, especially in the context of religious torture. Agitation, ecstasy and ideological fervour were known to diminish (or even eliminate) suffering.

This peculiar aspect of pain had been explored most thoroughly in war. Military lore held that the “high excitement” of combat lessened the pain of being wounded. Even Lucretius described how when

the scythed chariots, reeking with indiscriminate slaughter, suddenly chop off the limbs . . . such is the quickness of the injury and the eagerness of the man’s mind that he cannot feel the pain; and because his mind is given over to the zest of battle, maimed though he be, he plunges afresh into the fray and the slaughter.

Time and again, military observers have noted how, in the heat of battle, wounded men might not feel even severe wounds. These anecdotal observations were confirmed by a systematic study carried out during the Second World War. The American physician Henry K Beecher served in combat zones on the Venafro and Cassino fronts in Italy. He was struck by how there was no necessary correlation between the seriousness of any specific wound and the men’s expressions of suffering: perhaps, he concluded, the strong emotions aroused in combat were responsible for the absence of acute pain – or the pain might also be alleviated by the knowledge that wartime wounding would release a soldier from an exceedingly dangerous environment.

Beecher’s findings were profoundly influential. As the pain researchers Harold Wolff and Stewart Wolf found in the 1950s, most people perceived pain at roughly similar intensities, but their threshold for reaction varied widely: it “depends in part upon what the sensation means to the individual in the light of his past experiences”.

Away from the battlefield, debates about the relative sensitivity of various people were not merely academic. The seriousness of suffering was calibrated according to such characterisations. Sympathy was rationed unevenly.

Myths about the lower susceptibility of certain patients to painful stimuli justified physicians prescribing fewer and less effective analgesics and anaesthetics. This was demonstrated by the historian Martin Pernick in his work on mid-19th-century hospitals. In A Calculus of Suffering (1985), Pernick showed that one-third of all major limb amputations at the Pennsylvania Hospital between 1853 and 1862 had been done without any anaesthetic, even though it was available. Distinguished surgeons such as Frank Hamilton carried out more than one-sixth of all non-military amputations on fully conscious patients.

This is not simply peculiar to earlier centuries. For instance, the belief that infants were not especially liable to experiencing pain (or that indications of suffering were merely reflexes) was prominent for much of the 20th century and had profound effects on their treatment. Painful procedures were routinely carried out with little, if any, anaesthetic or analgesic. Max Thorek, the author of Modern Surgical Technique (1938), claimed that “often no anaesthetic is required”, when operating on young infants: indeed, “a sucker consisting of a sponge dipped in some sugar water will often suffice to calm the baby”.

As “An Earnest Englishwoman” recognised, beliefs about sentience were linked to ideas of who was considered fully human. Slaves, minority groups, the poor and others in society could also be dispossessed politically, economically and socially on the grounds that they did not feel as much as others. The “Earnest Englishwoman’s” appeal – which drew from a tradition of respect and consideration that lays emphasis on the capacity to suffer – is one that has been echoed by the oppressed and their supporters throughout the centuries.

Joanna Bourke is a professor of history at Birkbeck, University of London, and the author of “The Story of Pain: From Prayer to Painkillers” (Oxford University Press, £20)