In a blog post originally published on Reading Politics, Dr Alan Renwick of the University of Reading looks at what voting patterns tell us about attitudes towards sexual minorities across Europe today

This year’s Eurovision Song Contest has been won by a bearded drag artist from Austria.  There was much talk beforehand about whether the votes cast for Conchita Wurst would reveal a divide across Europe in attitudes towards alternative sexual identities.  Attitudes in the north-west, many supposed, would be more progressive, while attitudes in the south and, particularly, the east were expected be more conservative.

Is that borne out by the results?  The map below colours in the countries participating this year according to the points they gave to Austria: blue countries gave Austria 12 points, red countries gave it no points, and the intermediate colours show the scale of points in between.  Certainly, things look bluer in the west (south as well as north) than in the east, though there are exceptions, notably the 10 points that went Austria’s way from Georgia.

Points given to Austria

If you’re feeling sinister: this season’s crop of Halloween horrors 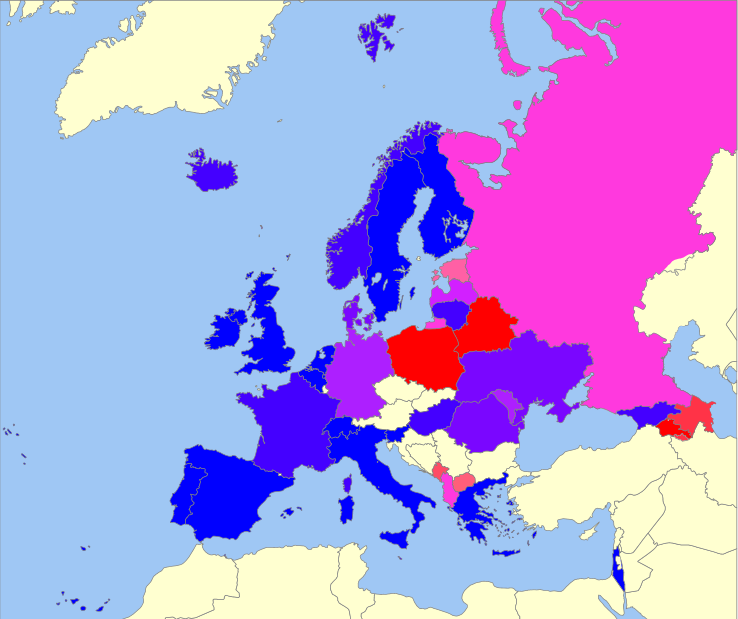 But we need to dig a bit deeper.  The points that are awarded are, in almost all countries, calculated on the basis of a combination of a jury vote and a popular vote.  (This year, San Marino and Albania had only a jury, while Georgia had only a popular vote.)  If social attitudes differ across the content, we should expect that to be reflected in the popular vote.

As the next map shows, however, differences in popular attitudes seem to be much less marked than the overall points suggest.  Only one country – Estonia – put Austria lower than fifth in the popular vote.  Conchita ranked within the top three not just in most of western Europe, but also in Russia, Azerbaijan, Armenia, and Georgia.  The average points she would have won had only the popular votes counted would have been 8.0 in the former Soviet Union excluding the Baltics, 7.3 in the other former communist countries, and 10.0 in the rest.  So the differences are really quite small.

Points for Austria based on popular votes only 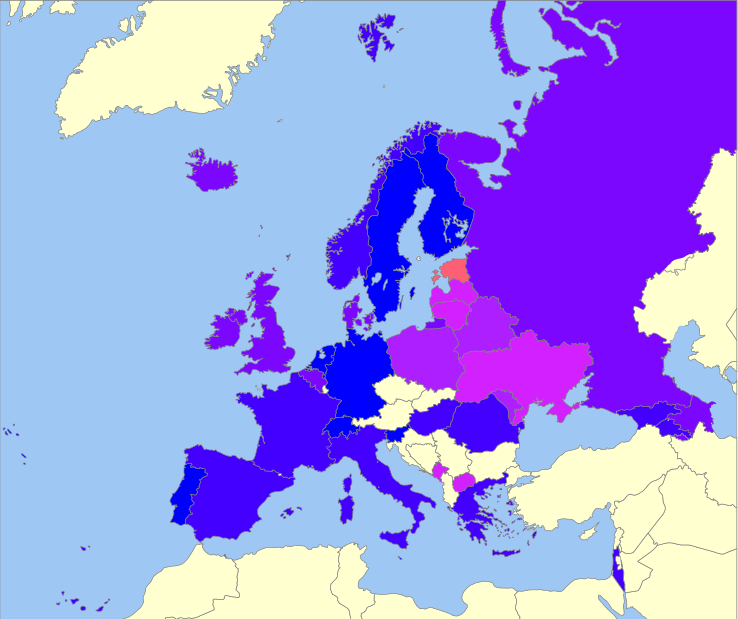 The final map shows what the results would have been had only the jury votes counted.  Conchita would have done much less well by this measure.  Whereas she ranked lower than fifth in only one country in the popular vote, she failed to make the top five of the jury vote in sixteen countries.  And here there does seem to be more of an east–west split: seven of the nine countries giving Austria no votes on this measure are in the former communist world (San Marino and, surprisingly, Germany are the exceptions).  The juries in Armenia, Azerbaijan, and Belarus all put Conchita among the lowest placed acts.  On the jury vote alone, she would have averaged just 2.5 points in the former Soviet Union except the Baltics, 4 in the remaining former communist countries, and 8.4 in the rest.

Points for Austria based on jury alone 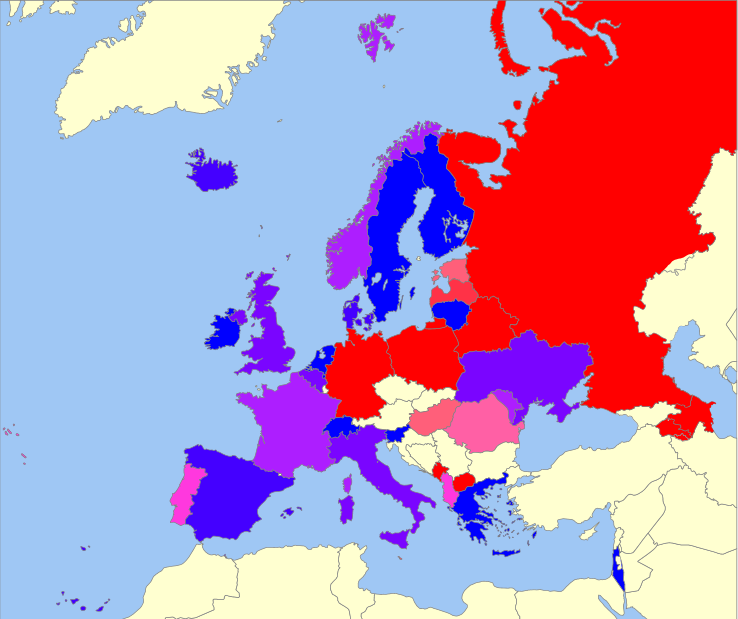 The results suggest, then, that we do live in a divided continent.  But the divisions might penetrate much less deeply into society than we often suppose.  The differences revealed in the popular voting are slight, whereas those in the elite juries are very marked.

Of course, this is only one source of evidence.  There is much, much more than this to be said about attitudes towards sexual minorities around Europe and across the world.  Nevertheless, there might be reason to hope that, even in those countries where the ruling elites are often highly intolerant, the wider population might be readier to accept that different people might be different.