I’m not sure when you’ll be reading this. It might be just before the BBC’s new adaptation of Daphne du Maurier’s Jamaica Inn starts (21-23 April, 9pm) – or it might be after it has begun. So I’ll be careful. Some of you will know the ending of the novel, so strange and so violent; a few will know the book inside out. But rest assured that if you don’t, I’m not going to be the one to reveal the name of the story’s Mr Big, for all that, in the case of this version, you’re likely to work it out pretty quickly yourself. If he (or she) had a neon sign above his (or her) head that read, “Warning! This is Mr Big – he is not what he seems and he has a pistol in his pocket!” it could not be any more obvious.

The BBC has given us a fairly faithful adaptation of du Maurier’s melodrama of smuggling and murder in the 1820s. It’s a shame that the pencil sketch – fans will know what I mean – found by the heroine, Mary Yellan, as the narrative hurtles to its end has disappeared. Its replacement with damning evidence that is altogether less subtle makes her final confrontation with Mr Big feel rather odd, almost as if it has come from another film altogether (possibly The Wicker Man).

Elsewhere, the show’s writer, Emma Frost, has stuck pretty close to the novel. This script is certainly better than the one she wrote for The White Queen. She’s working with vastly better material – Philippa Gregory is barely fit to touch the turn-ups on du Maurier’s tweedy, wide-legged trousers. 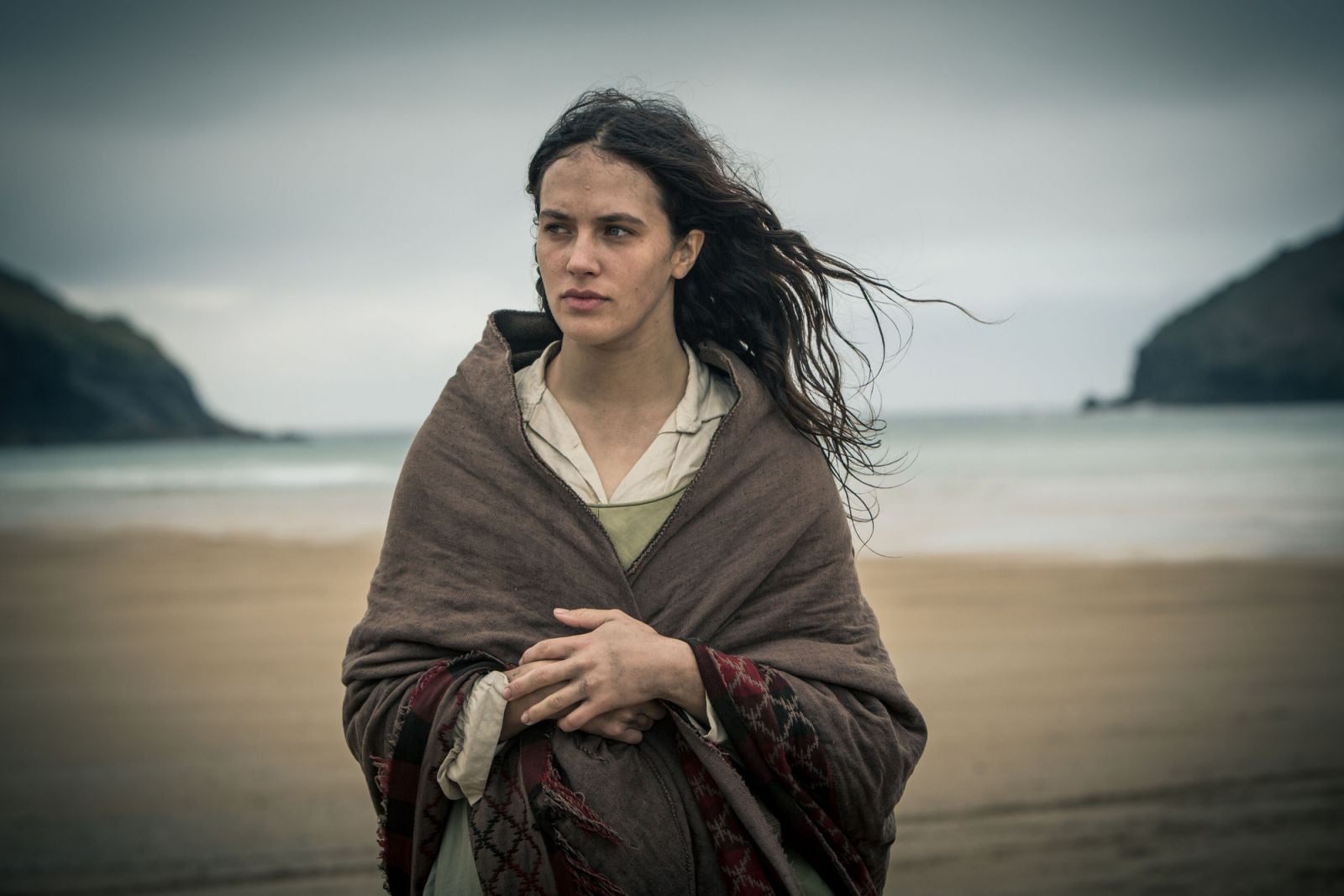 I was nervous when I read that Jamaica Inn had been directed by Philippa “Call the Midwife” Lowthorpe. The icky tone of that series has infected the BBC schedules with distinctly putrid results (see, for instance, The Crimson Field, the woefully sanitised drama about attractive and plucky nurses during the First World War). But she has done good work here. The landscape shots are wonderfully bleak and lingering: a mail coach moving over the moor like a beetle crawling over a boulder; a group of wreckers committing foul acts in salty water with a determination that is just a heinous notch off appearing playful. Best of all, everyone looks authentically dirty and wet. In close-up, even their fingernails are black.

The pace is slow. The BBC should have commissioned a 90-minute film rather than three hour-long parts (an atmosphere of fear and foreboding can’t be created simply by dragging something out). That was hardly Lowthorpe’s fault. The BBC is all about “value” these days and doubtless those tumbledown Yorkshire locations – About the casting, I was less sure. Jessica Brown Findlay, late of Downton Abbey, is good as Mary: sullen, fiery and brave. Stomp, stomp, stomp. Sean Harris (the shooter in Southcliffe) puts in a nice growling turn as her uncle, Joss Merlyn, even if he lacks the physical heft I’ve always pictured, a mere ferret to the bear of my imagination. I couldn’t stand Matthew McNulty (from The Paradise) as his brother, Jem. No charisma. I couldn’t believe in his relationship with Mary. The pair of them seemed somehow to be going through the motions, like Lizzie Bennet and Mr Darcy, only grubbier and with more ale.

Aunt Patience was played by Joanne Whalley, whom I haven’t seen on-screen for a while. She ably pulled off the masochism involved in the role but she looked all wrong. At first, I thought it was her burnished skin. Then I realised it was her teeth, which could not have been less 18th century if they’d tried.

On the plus side, they come in useful at times. Television dramas are so gloomy lately that you can barely make anything out. “Pass me the night-vision goggles!” you think, as you squint at the screen. But it was always possible to see Patience. Her gleaming white gnashers were a beacon and I wondered why her husband didn’t use her to lure the laden ships of the East India Company on to the rocks. She could very easily have done the work of his lantern and saved him goodness knows what on tallow.