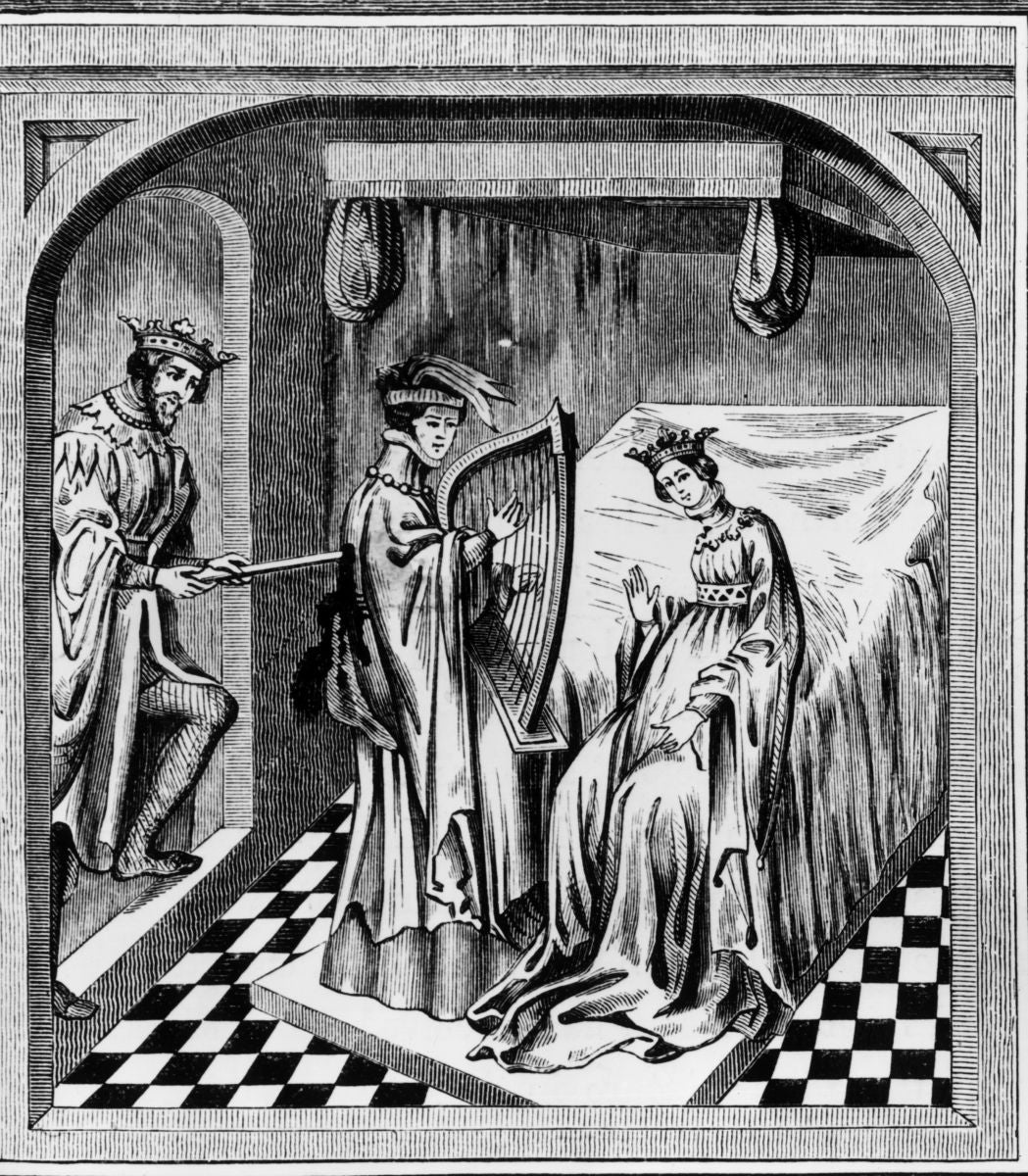 A fifteenth-century illustration of the legend of Tristan and Isolde.
Image: Hulton Archive/Getty

First published in Italy in 1966, it has only been in the last decade that digital technology has made it possible for Tristano to be printed as its author Nanni Balestrini intended. Each of its ten chapters has fifteen pairs of paragraphs, arranged differently by an algorithm in each published copy. These are numbered on their covers by Verso Books, who have issued four thousand of its possible 109,027,350,432,000 variations in English for the first time.

In his foreword, Umberto Eco – a member of Italy’s Neoavanguardia movement with Balestrini and others, founded in 1963 – suggests that “originality and creativity are nothing more than the chance handling of a combination”. Eco provides a potted history of the literary idea of infinite possibilities of letters and words, particularly fashionable during the seventeenth century. Eco suggests several ways to approach Tristano: by reading a single copy and treating it as “unique, unrepeatable and unchangeable”; or “considering it to be the best … possible” version; or by reading several and comparing the outcomes.

Eco doesn’t discuss post-war attempts to use modern printing techniques to allow readers to create their own variations of texts. B S Johnson’s famous “book in a box”, The Unfortunates, where the loose chapters (besides the first and last) could be read in any order, remains best known in Britain, but it was preceded by Marc Saporta’s Composition No. 1(1962), with its 150 unbound pages aiming to demonstrate that what matters most in life stories is not the events themselves but their order. Saporta’s book recently became available as an app, which sends readers a page on demand; the appearance of Tristano in its intended form adds to the sense, explored in Kenneth Goldsmith’s Uncreative Writing (2011), that digital technology could radically change the way that authors construct texts and how readers receive them, and the relationship between the two.

Balestrini’s note explains that he first experimented with the “combining possibilities of an IBM calculator” in 1961 for Tape Mark I, where fragments of poetry were sequenced according to primitive computer algorithms. His use of the same method for Tristano has already generated considerable controversy – but it would be facile to judge it purely by the means of its construction. What of the text itself?

The story is very simple – it is based on the medieval tragedy of adulterous lovers Tristan and Isolde, rewritten numerous times since the twelfth century with differing details but the same structure, its familiarity giving Balestrini more licence to play with its formation. The opening chapters develop the central characters – confusingly, both called C – and their relationship, but important details will emerge at different times for each reader: in my copy, edition 10625, the man’s inability to handle money was revealed at the very end of chapter one, and my conception of his character and its likely development would almost certainly have been different if I’d learned this within the first few paragraphs.

The disjointed narrative puts greater focus on Balestrini’s poetic prose, which feels very much of its time: the detached observation of the nameless central characters and the uncertainty about who is narrating owes a considerable debt to nouveau roman pioneer Alain Robbe-Grillet, particularly his Jealousy (1957). There are many subtle nods to Jacques Prévert’s quietly heart-breaking poem Dejeuner du matin, and if I had not known that Balestrini was Italian, I would have assumed he was French: intertwining the failing relationship and the collapse of Resistance and revolutionary ideals, his style and tone frequently recall the ecstatic monologue used as a voiceover in French artist Gil J Wolman’s film L’Anti-concept (1952).

At points, Balestrini makes his disdain for story-telling conventions explicit, with mixed results – one paragraph in chapter five offers a forensic, Robbe-Grillet-style description of the surroundings, closing amusingly with “All this does not have very much to do with our story but it doesn’t matter”. Sometimes, this is overly didactic: we already know from Balestrini’s composition that “We are not obliged to read everything that it is possible to read. A book is endless books and each of them is a slightly different version of you.” At times, the text feels like it was not just arranged but written by a computer. Lines such as “Autism that is the conviction of being a superman who is not subject to the laws of society” could easily have come from RACTER, the English prose generator program that produced The Policeman’s Beard is Half Constructed in 1984, with empty aphorisms such as “My desire to incite myself in my dreaming is also a reflection of ambiguity”.

These are only occasional, and the emotional highs and lows of the story are all the more touching for being framed within Balestrini’s subtle, understated language. It’s sad that Tristano’s central device may lead critics to judge it by unfair standards, making the perfect the enemy of the interesting, or exploratory, as if any experiment that does not induce a total revolution of the form is worthless. Endless novels present fixed versions of events, and it’s baffling that those few to challenge this should attract opprobrium, as did Johnson in particular, purely for doing so – Tristano is particularly successful in raising the idea that the structures that authors choose are not always necessarily the best possible.

Although I’m not sure that Tristano makes its reader “the co-author” – surely that’s the algorithm – but it provokes plenty of thought about how to read, obliging people to form opinions after covering each chapter, rather than as they go along, and to think about the nature of the novel’s conclusion. I always linger over a final paragraph, re-reading it several times, feeling that it will cement a book’s meaning in my mind, but here, as throughout, Tristano raises more questions than it answers. Should an ending always be definitive? Why? And what does it mean if it isn’t?