Barack Obama’s presidency is having a rough time as the Healthcare.gov scandal rolls on, caused pretty much entirely by some terrible IT project management. So, considering that, you’d think the White House would have all of its developers working day and night on fixing the website of the president’s flagship policy.

You would not expect to see something like this: 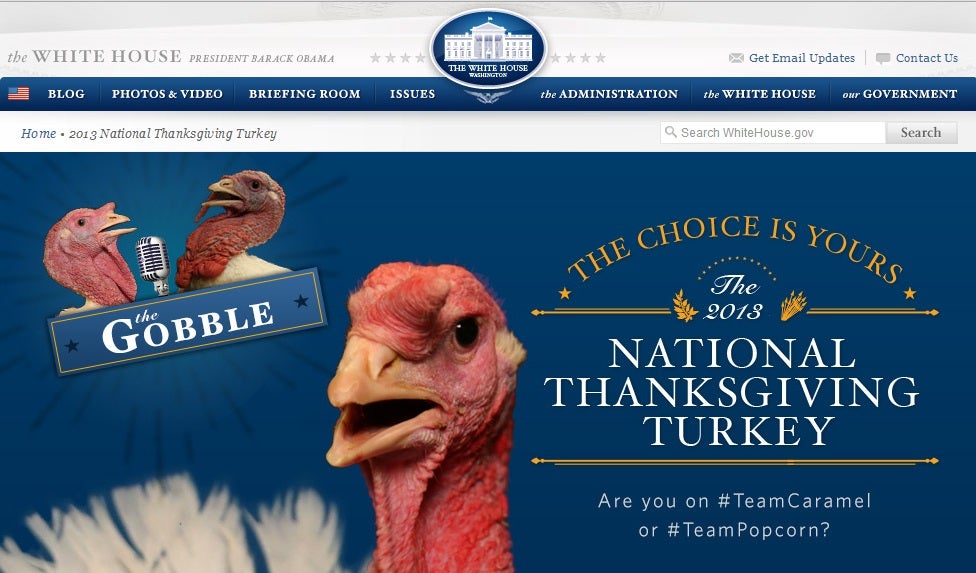 But wait, you haven’t seen the fight cards yet! 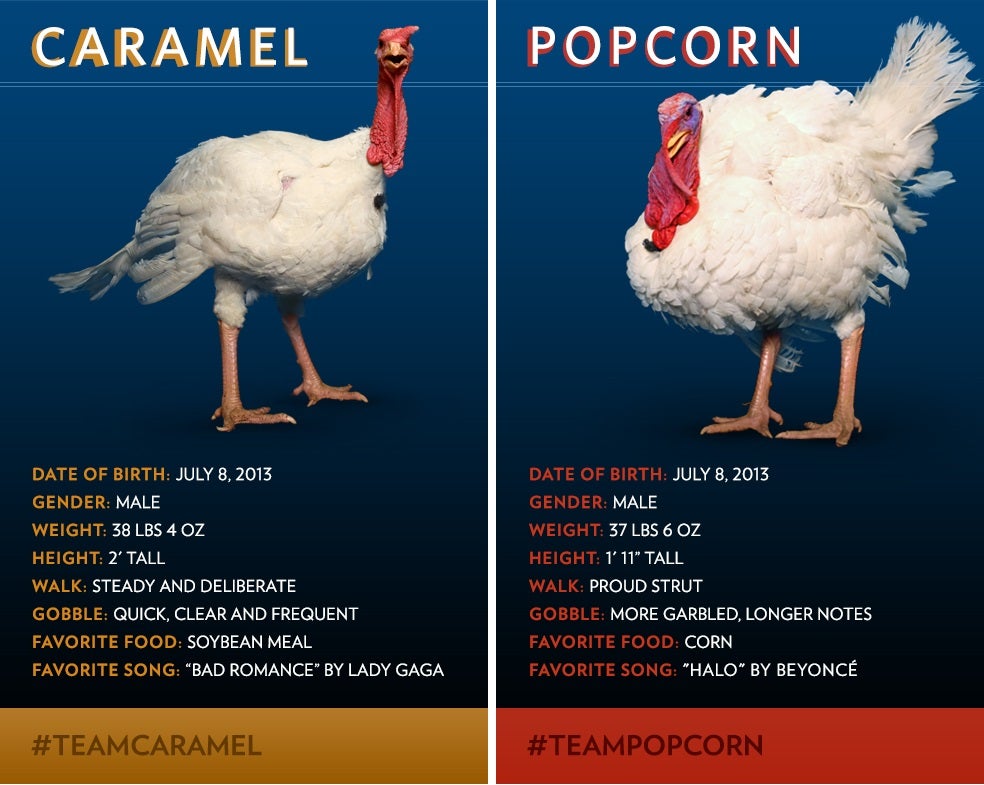 That, right there, is the White House turning the bizarre tradition of the president “pardoning” a turkey every year just before Thanksgiving into the Hunger Games. Or, for older readers, it’s a “two men enter, one man leaves“-type scenario. With more gobbling – and they’ve even recorded both turkeys gobbling in case you need to take that information into consideration when making a judgement.

Truman was the first president to be presented with a turkey, but it was George H W Bush who made it a permanent tradition with his first turkey in 1989. The theory is that the pardoned bird will be allowed to live a happy, carefree life at Mount Vernon, a sprawling estate that was once George Washington’s and which now belongs to the nation.

In practice, turkeys – what with being bred to be raised fast and killed as soon as they reach a decent weight – rarely live beyond four years. Every turkey Obama has pardoned so far, including the one he pardoned last year, has already died, according to ABC. A reporter visited Mount Vernon (EDIT: Kidwell Farm in Virginia) in 2001 and asked a farmer there how happy the turkeys which had been sent there were:

“We usually just find ‘em and they’re dead,” the farmer told him, before explaining that the birds are bred for eating and not retirement.

“Their flesh has grown so fast, and their heart and their bones and their other organs can’t catch up,” he explained.