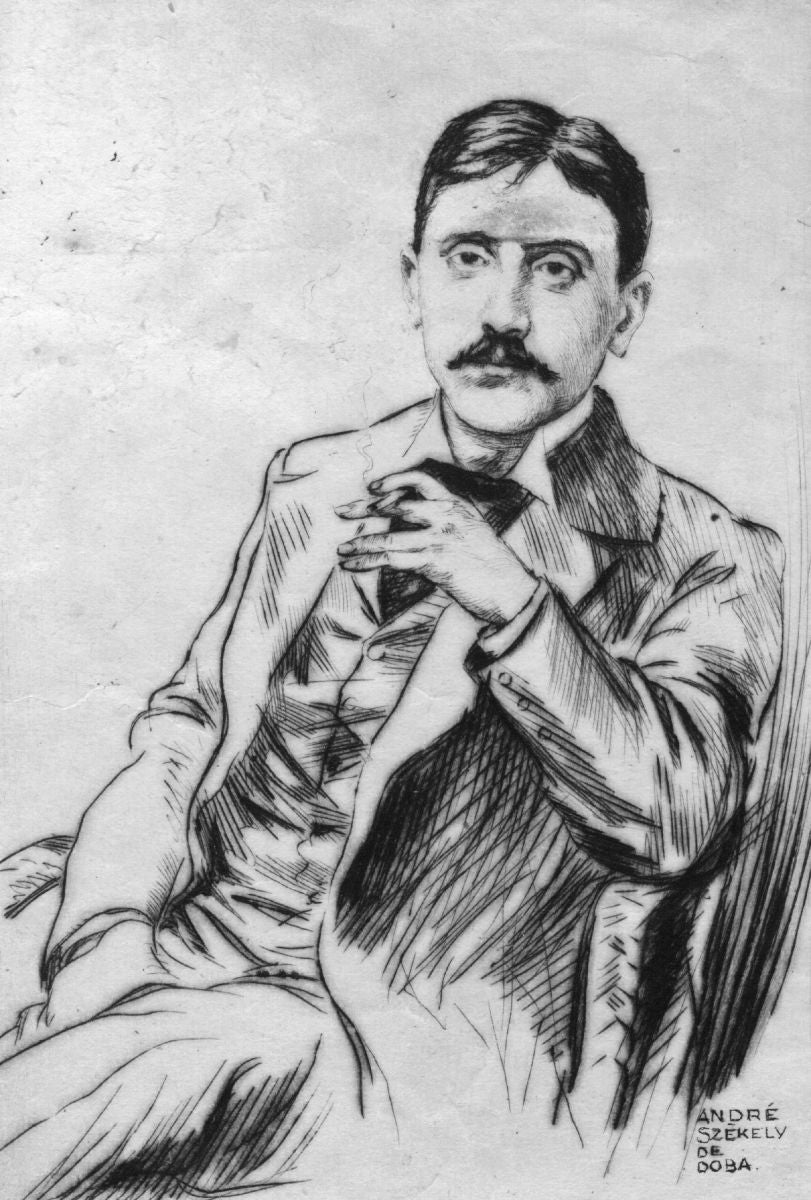 There are many good reasons to be upset about the things the novelist and broadcaster David Gilmour said in a recent interview on the Hazlitt Magazine blog. Both he and I work at the University of Toronto, so my instant reaction was institutional defensiveness: unlike Mr Gilmour, who teaches the odd college course, I am a professor of English literature here, and it stung to see his bizarre, reactionary views on literature and teaching associated in the media with my institution, and in particular with its literary scholars.

That’s why I think it’s important to say that David Gilmour is not a colleague of mine (though I speak in this, and in the rest of this essay, only for myself). As far as I can tell from his published comments, he’s not much of a literature professor either. He seems to be fond of authors, and he says he loves their work — provided they are male, white, and very much like him. If they check those boxes, there are few limits to how far Mr Gilmour is willing to go in his passion. Take Proust, whom he loves so much, he’s read him twice. A true worker in the vineyard of the literary gods, David Gilmour.

The biggest hits on his shelf, he says, are Tolstoy, Chekhov, and Proust. His love for these men is reflected in his teaching, which focusses on “serious heterosexual guys. F Scott Fitzgerald, Chekhov, Tolstoy. Real guy-guys. Henry Miller. Philip Roth.” But not, it seems, on the twice-read Proust. The massively guy-guy Proust, notorious philanderer, heavy drinker, gregarious man-about-town Proust. (Not the Proust you know? Someone might want to drop David Gilmour a note. Or send him Proust’s biography.)

Women authors, however, Gilmour won’t teach, because he just doesn’t love them enough. Except for Virginia Woolf, whom he loves too much. Woolf he can’t teach because his students, even in third year, aren’t sufficiently smart to catch up with her “sophistication.”

I don’t know if this inane interview bears any resemblance to what Gilmour is telling his students. I rather hope it doesn’t, but he said what he said, and he hasn’t taken anything back in his subsequent interviews. And what he did say, besides the generally offensive stuff, barely reached the level of the average Wikipedia entry. It certainly didn’t have much to do with literature. I get why David Gilmour might want to do shots with Chekhov, but I have no idea why he would want to read his works. Authors sound a lot like George W. Bush when Gilmour praises them: great guys to have a beer with. Never mind about the writing, or the government bit.

All of which makes me think that it’s probably a good thing David Gilmour isn’t teaching Virginia Woolf. I’m a bit sorry he’s teaching Chekhov, and Tolstoy, and Fitzgerald. I don’t really care about Philip Roth or Henry Miller: he can do with them what he likes. And I’m sure there must be other white, middle-aged, male authors who would benefit from having the kind of pseudo-biographical rubbish draped all over them that Gilmour heaps on poor Chekhov, who apparently was “the coolest guy in literature.” (Christopher Marlowe just called to complain. What makes Chekhov so cool? Whom did Chekhov ever kill? Did Chekhov ever catch a knife in the eye? Or get done for coining? Fuck that milquetoast Chekhov!) Chekhov, Gilmour informs us, also laughed loudly. And he made everyone around him a better person. Man, that Chekhov. What a guy. What a guy-guy. Oh yeah, and a writer, too.

Obviously, that’s all a curdled mess of intellectual mediocrity. And really not worth bothering with. What is more troubling to me than the initial interview, though, is Gilmour’s follow-up conversation with the Globe and Mail newspaper, in which he explains what he really meant to say:

People are calling you a sexist for refusing to teach books by women. Were your statements in Hazlitt misrepresented in any way? They were totally, totally misinterpreted. I said, look, I’m a middle-aged writer and I am interested in middle-aged writers. I’m very keen on people’s lives who resemble mine because I understand those lives and I can feel passionately about them – and I teach best when I teach subjects that I’m passionate about.

So in order to teach, you have to relate?

I believe that if you want to teach the way I want to teach, you have to be able to feel this stuff in your bones. Other teachers don’t, but I don’t think other teachers necessarily teach with the same degree of commitment and passion that I do – I don’t know.

It is obviously Gilmour’s prerogative, as a middle-aged writer, to be interested exclusively in other middle-aged writers. It may make him sounds staggeringly narrow-minded and parochial, but so what: it takes all sorts. But what this attitude of I-relate-only-to-myself has to do with teaching is entirely beyond me.

Is passion about our subject matter important in the classroom? Absolutely. Is the passion required in teaching typically stirred because the teacher identifies with the author or the text she teaches? I seriously hope not. I can only speak for myself, but I can categorically say that I have never identified with Shakespeare or Ben Jonson. Marlowe, well that’s a different story. (For the record: I’m nothing like Marlowe, and I don’t want to be Marlowe. I like my eye-sockets too much.) And yet, I don’t believe I have a reputation for lacking passion for my subject. But what do I know: most likely, I’m one of those uncommitted, indifferent “other teachers” Gilmour has in mind. If feeling the stuff you teach “in your bones” is a requirement for teaching it well, I suspect Gilmour is right about his singularity. From what I can observe in my colleagues, I don’t think many of them teach only authors in whose works they see mirror-images of themselves. English Departments would otherwise be rife with psychopaths, morbidly jealous types, pretend kings and queens, and wealthy socialites. And people who ride around on donkeys. I’m sad to say they’re not. And I don’t even want to think about how dangerous a work environment history departments would be: who would ever want to be next door to the colleague who’s teaching Nazi Germany?

Gilmour’s right, though, that passion, even love, are necessary ingredients in pedagogy. What he’s got completely wrong is the who and the what of that love. Great teaching requires empathy — the effort to understand things, ideas, and people totally unlike you. Some of those people are your students. Some of those things are of the past. Some of those ideas are the ideas of authors from different cultures than yours, and yes, shockingly, even of a different gender. Engaging with those people, things, and ideas is what teaching is all about. And not coincidentally, it’s also what research is all about, and why research and teaching go well together. Most crucially, engagement with the other is what reading is.

Gilmour’s account of his teaching, by contrast, is strikingly devoid of empathy. Chinese authors? Nothing like me, can’t love them. Queer authors? Nothing like me, can’t love them. (But Marcel….) Female authors? Nothing like me, can’t love them. White men who are like me or the man I want to be? Love those. Sympathy is what this view of things is all about: one big group hug among white guys across the twentieth century, all guys like Gilmour. What’s grimly hilarious, rather than merely depressing, is the predictable casual homophobia that goes hand in hand with this chest-thumpy, circle-jerky, narcissistic literary bromance: Gilmour loves Chekhov so much, he’d marry him tomorrow if only they weren’t both so amazingly straight. The “literary” bit seems almost incidental. None of what makes Chekhov a cool guy, after all, has anything to do with the plays or short stories he wrote. It’s all about his “personality.” His grace. His generosity. His “bellicose laugh.” And the right set of genitals.

What David Gilmour professes isn’t literary scholarship or criticism. Never mind that he says offensive things (a big thing not to mind, I know). I’m sure we all say offensive things from time to time. Far more troubling, to me, is his basic failure to grasp why anyone should read literature at all, his stunningly self-righteous elevation of narcissism into the most powerful source of aesthetic appreciation — the infantile pleasure of self-recognition, and ultimately of self-affirmation as the highest, even the only end of reading.

We can argue about whether Hamlet is right or not when he claims that art holds a mirror up to nature. But let’s just say he is. Here’s what Hamlet doesn’t say: that art is a mirror you choose to pick up to see yourself. Art doesn’t give you that choice. If you’re playing along at all, it forces you to look in a mirror; and what you see there isn’t supposed to be your pre-conceived self-image. It’s something strange, or alien, or scary, or ridiculous, or dull; beautiful or hideous; unsettling or vaguely comforting. But whatever it is, it demands engagement, an engagement that can’t ever be entirely on your terms. And sometimes, the mirror reveals something that you realise isn’t strange at all, but is in fact you — but that shouldn’t be a happy realisation. It’s supposed to come at a price. It’s meant to matter. And it’s not meant to be as easy to come by as self-love. Because if the thing you see when you look into a book looks exactly like what you think you look like, you’re doing it wrong. David Gilmour is most certainly doing it wrong.

A version of this article first appeared on Holger Syme’s blog, and is crossposted here with his permission