F Scott Fitzgerald wrote his greatest novel in France in 1924, having exiled himself in order to get some work done. But during those ten months of intense writing, he thought his way back to the parties, quarrels, hopes and disappointments of his life with Zelda and their friends on Long Island in the feted and fateful year of 1922.

This is the world that Sarah Churchwell reconstructs for us as she lays out the raw materials from which The Great Gatsby was made. We meet the people Fitzgerald met: newspaper tycoons such as Herbert Swope and entrepreneurs such as Larry Fay, who made his money from liquor and taxis (and smuggling liquor in taxis) and spent it on his rainbow collection of beautifully tailored shirts. We start to learn the ropes of 1920s Manhattan: the colour of taxis, the customary length of skirts, the modish vocabulary. Eventually, we feel we might just telephone through to the Fitzgeralds (ask the operator for Great Neck 740). Dialling codes and lexicons – these details matter. The first readers of Gatsby thought it was all about themselves, a book of the moment. Today, we tend to admire its enduring mythology of aspiration and undoing. Churchwell brilliantly brings these two perspectives together as she holds in counterpoint the sprawling stuff of Fitzgerald’s daily life and the gleamingly taut prose poem that emerged from it.

It is too easy, Churchwell warns, to make simple equations between fiction and reality. She deals instead with hauntings, doublings and reverberations. The enigmatic green light across the dock, to which Gatsby stretches out his arms, is not literally related to the traffic lights recently erected in Manhattan. Yet there is just a shadow of shared meaning, a shadow that deepens and enriches the enigma. 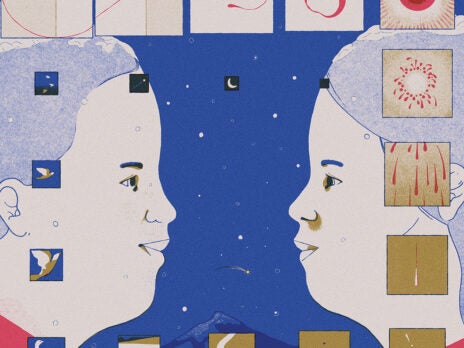 Golden Mean: A parable for Christmas 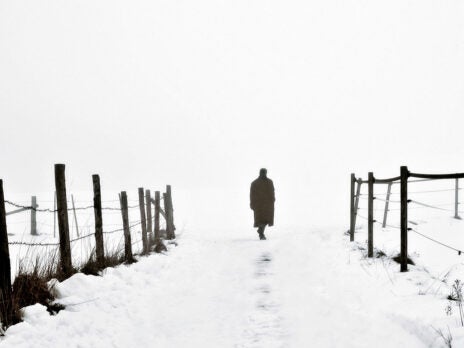 The NS Poem: A brief note on the interregnum

The jazz age documented here is sadder and less glittering than Baz Luhrmann would have us believe in his new film of The Great Gatsby. Churchwell evokes the allure of the speakeasies but also the seediness of an underground world run by crooks without compunction: “Speakeasies had false fronts, barrels had false bottoms, drunk drivers gave false names to the police and upstarts depended on making false impressions.”

Fitzgerald conjugated the verb “to cocktail” but tired of the game after reaching the conditional subjunctive. The continuous round of drinking could turn, likewise, from pleasure to tedium. There is a photograph of a party at the Fitzgeralds’ house in which the guests look weary. “Where is the magic?” asks Churchwell. Where, indeed? As the parties went on through 1923, Fitzgerald had a sense of repetition and disintegration. “February: Still drunk . . . April . . . Another fight. Tearing drunk,” he noted in his ledger. He summed up the mood in a marginal note: “No ground under our feet.” There was nothing inherently enchanted about these lives. In his fiction, Fitzgerald kept writing about the awful realisation that magic cannot always be summoned.

Knowing that the good times would pass, desperately needing facts that would ground him, Fitzgerald saved things up. This was his counter to the carelessness of his milieu. He kept ledgers and scrapbooks, he made lists, he preserved cuttings. He had a profound need to archive and Churchwell takes her cue from him as she sorts through the flotsam of his life, honouring his curious relics. Here is a photograph of Zelda in the snow, faded to ghostliness. Here are notes on the back of a dinner menu, a yellowed rhyme saying “Flappy New Year”, a Fitzgerald autograph ready to cut out and keep.

Careless People is as mixed and inclusive as Fitzgerald’s scrapbooks. There are both glamour and grimness here. Even the typography varies between chic deco lettering and the blotchy ink of newspaper headlines. If Churchwell’s book is biography, literary criticism and social history, it is also a work of “detective non-fiction” that might be compared with Kate Summerscale’s The Suspicions of Mr Whicher. The unfolding story of a long, botched murder trial is woven into every chapter, getting stranger and stranger by the page, exposing corruption, envy and ambition of many kinds. A shooting under an apple tree in New Brunswick doesn’t at first sound congruous with Gatsby but it comes to stand as a “phantom double” of the novel’s murderous denouement. The sordid and the tragic become difficult to tell apart.

The police investigating this murder were blunderers who let tourists walk all over the crime scene. The truth went missing, carted off by souvenir hunters. As Nick Carraway says at the end of Gatsby, “It was all very careless and confused.” Churchwell, on the other hand, demonstrates how careful detective work is done.

Fitzgerald offered the year 1922 as the chief exhibit when he tried to explain the meaning of the jazz age. It is an exhibit worth looking at very carefully. Careless People does so with a mixture of patience and panache and it would take a long time to get bored of that particular cocktail.