If you thought the Wars of the Roses ended with the death of Richard III at Bosworth, then think again. The question of where his bones are to be laid to rest is proving divisive among legions of the maligned King’s twenty-first century followers. But instead of raising their halberds and swords in defence of the House of York, their chosen field of battle is the complex and often anonymous arena of social networking sites. Historians have long rejected the notion that a neat line was drawn under the Plantagenets in 1485, but with news emerging this week that death threats have been made to the Dean of York, it is clear that the war is far from over.

When the Leicester dig was first planned, the University had to make provision for the suitable reinterment of any human remains that were unearthed. At the time, their chances of finding Richard were slight and have since been calculated by University mathematicians as being less than one per cent before the first diggers even lifted the tarmac in the car park. Unexpectedly, though, a combination of incredible luck and careful planning meant that they hit the jackpot on day one. After the euphoria of the press conference faded, the thorny question resurfaced of what to do with his bones. While the University thought it had that covered, Richard’s fans have other ideas.

The two main contenders for guardianship of the bones are the Cathedrals of Leicester and York. Usual archaeological practice supports burial at the nearest possible location to the exhumation site but many Ricardians around the world have questioned this. The King’s connection with Leicester is that of ignominious defeat, whilst he was known to have been fond of York and his plans to establish a chapel inside its Cathedral are suggestive to some of his desire to be buried there. It was also the Mayor of York’s sergeant who raised a lone voice in lamentation of Richard’s “piteous” murder “to the great heaviness of this city”. Westminster Abbey is the usual burial site of English kings, although Richard’s reign was brief and his identity as a Lord of the North has been well established in recent scholarship. The bones of his wife, Anne Neville currently lie in the Abbey under a slab erected by the Richard III Society, following her death in March, 1485. There is also St George’s Chapel Windsor, where his elder brother Edward IV lies and All Saints’ Church at Richard’s childhood home of Fotheringhay, where his father was reinterred during Edward’s reign. Yet, the debate, which has become polarised now between York and Leicester, is taking such a vituperative turn that it has provoked debate in the House of Commons and intervention by the police. 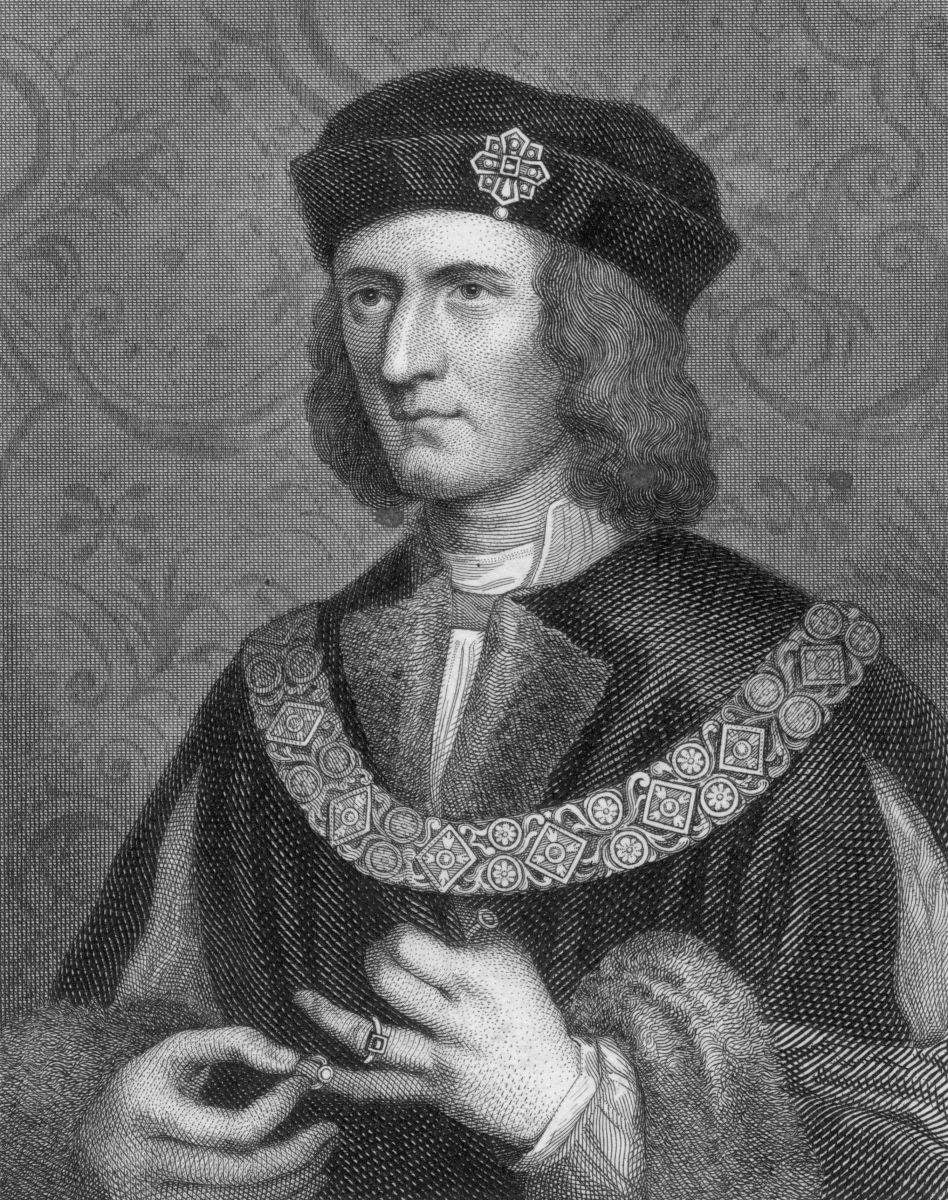 The case against Leicester is being fought passionately. Some campaigners have cited the pattern of wounds on Richard’s body, many of which were inflicted purely for humiliation as he was carried back into the city, as a powerful reason to lay him to rest elsewhere. There is also the diminutive size of Leicester Cathedral, which was only designated as such in 1927. This week, plans for the king’s tomb have provoked more controversy, as the initial seven foot limestone casket, designed by the Society may prove too large for its intended location. Plans for the £30,000 monument have been developed since 2010 and have been well received, although the problem of size has been raised since they were formed. A floor slab has been offered instead but this will not satisfy the thousands of visitors who are expected to flock there to pay their respects. Over 24,000 people have now signed an e-petition to revoke the planning order to lay his bones in the city where he was found. Nine of Richard’s living relatives, descendants of his siblings, also added their voices to the melee, asking for him to be “brought home” to York.

Richard’s battle has even infiltrated Parliament. In response to such strong feeling, York MPs Hugh Bayley and Julian Sturdy raised the matter in a Private Members’ debate in the House of Commons this Tuesday, claiming that the original decision had been made in the interests “of the state”, not the people. After all, this was an anointed King of England, but one that has warranted unprecedented interest and devotion. They suggested that a committee be set up to investigate his reburial and that all current proceedings by the University of Leicester be halted. Bayley referred to the Wars of the Roses, now commonly called the Cousins’ War, as “a nasty, bloody civil war that tore our country apart.” It is in the modern media of online forums, that the war has turned nasty.

It was to be expected that Facebook would be set alight by the story. What was unpredictable though, is the level of nastiness into which some participants have descended. While a number of new pages have popped up like mushrooms since the Leicester excavations, there were already a number of history groups in existence, active in the promotion of Richard’s life and times. Equally popular are those dedicated to his immediate successors, the Tudors, whose founding member, Henry VII, defeated the last Yorkist king at Bosworth. The debate began good-naturedly, with the vast majority of participants in these sites being friendly and united in their passion for the past. Some are unfailingly partisan in defence of their chosen side, which is to be expected but sadly, a few have descended into unpleasantness. Facebook and discussion forums can be wonderful places to share knowledge and make new friends. Unfortunately, their anonymity also offers a platform for extremists and trolls, whose intention is to provoke upset. Richard’s cause has attracted a number of these.

Thankfully the online troublemakers are in the minority. The nature of their interactions makes them easy to spot. Of course there is a difference between those who argue their case with vehemence but remain respectful and others whose intention is to abuse. In the last few weeks I have witnessed personal insults, slanders and accusations directed against intelligent and interested parties taking part in particular discussion threads. Some have been called “non-believers” or criticised for not caring about Richard in “the right way”. This is regrettable, as all participants are theoretically on the same side, united in their passion for history. It is indicative of a subjectivity that refuses to allow new interpretations of Richard’s life and reign, excluding some of the best academic research. Fortunately, the majority have been appalled by this behaviour and are prepared to say so publicly. Now, though, the debate has tipped over into the criminal. It emerges that the Very Reverend Vivienne Faull, Dean of York Cathedral, recently Dean of Leicester, has received a number of abusive letters and emails. She has put these in the hands of the police but calls for calm and respect for the King’s memory, while the matter is resolved.

While feeling will always run high on this issue, such activities have damaged the debate. Many original participants have become disillusioned with the tone it has taken and are now keen for it to end. On Wednesday 13 March, Leicester Cathedral published the design brief for the architects responsible for creating the king’s last resting place. Their timescale predicts that the “reception of his remains” will take place in May 2014 and conform with English Heritage’s 2005 document “Best practice for treatment of human remains excavated from Christian burial grounds in England.” No doubt through the next fourteen months debate will continue to rage but at this point, it is worthwhile considering what we can learn from history. If the bloody conflicts that ended Richard’s life teach us nothing else, let us conduct ourselves with civility, dignity and a sense of proportion. Surely those who care about Richard’s final resting place will agree that reason argument is the best way to prove their loyalty to him.