There’s a moment during Ian Rickson’s new production of Pinter’s Old Times when you can’t stop looking at Kristin Scott Thomas’s feet. Her heel demands your gaze as it hesitates in mid air, motionless, before she flicks her leg to stand astride Rufus Sewell’s thigh. He looks up at her from his seat on the edge of a bed, and his formerly jaunty demeanour disappears in a sizzle of chemistry and possibility. The moment hangs, almost too long, and then she’s gone, thrusting herself backwards across the stage in a flurry of guilt and remembrance.

This little interplay is just one of the occasions when you realise that Old Times isn’t simply the play’s title – it’s an omen. Set in the rural home of a married couple, Kate and Deeley, it dramatises the visit of an old friend, Anna, with whom Kate lived as a girl in London 20 years earlier. Breezy reminiscences about visits to galleries and evenings huddled before a gas fire quickly give way to darker, more difficult memories as Deeley and Anna recall parallel yet contradictory versions of the past and, indeed, of Kate. With very few lines of her own, Kate exists almost entirely as a blank canvas for the other two to paint on. 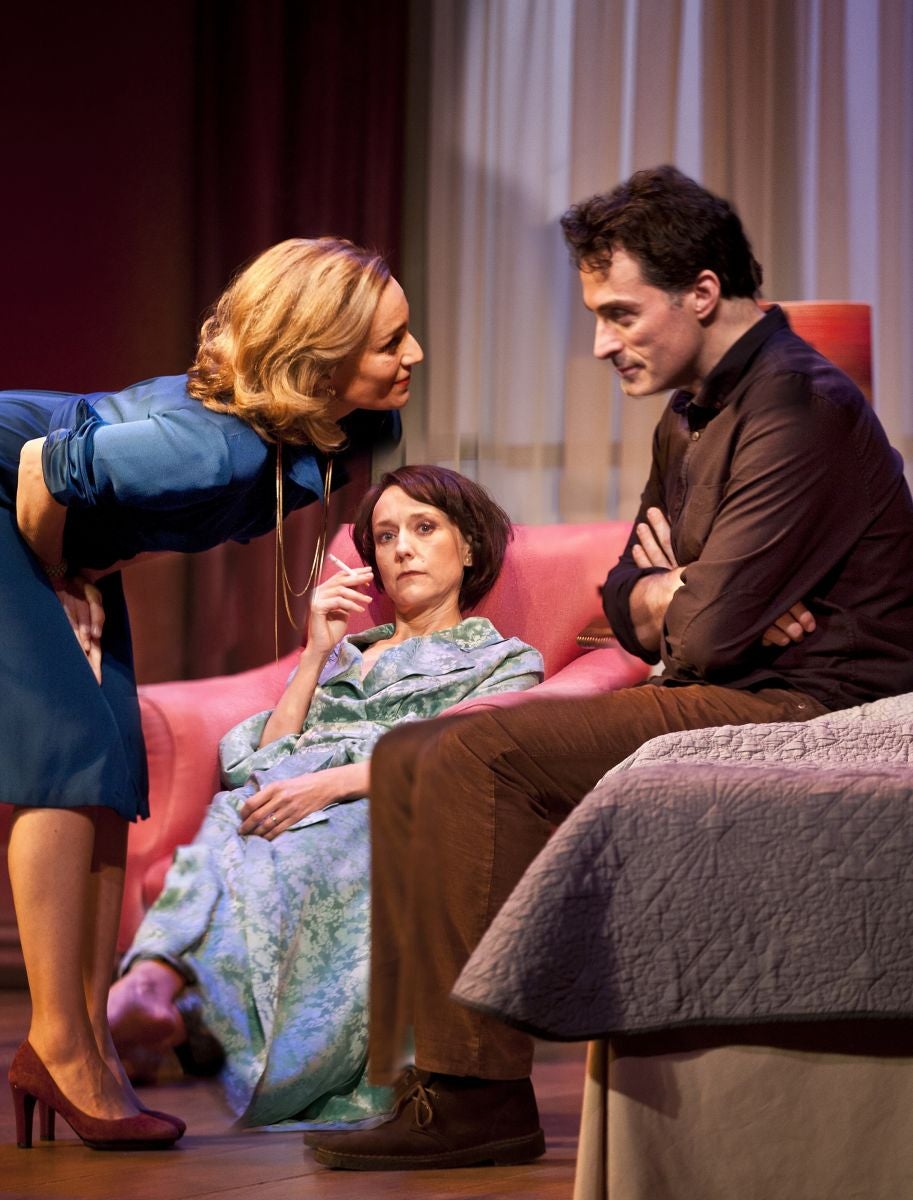 Much has been made in the publicity surrounding this production of how Scott Thomas and Lia Williams are alternating in the roles of Anna and Kate (a casting decision that gives weight to the idea that the two characters are not separate people but two possible outcomes of the same woman). The night I saw it, Scott Thomas gave a bleak, compelling performance as Anna, while Williams was suitably silent and brooding as Kate. Sewell interspersed Deeley’s subdued rage with the odd comedic note – an excellent foil to Scott Thomas’s cynical sighs. Because most people in the audience are unlikely to see the play more than once, the possibilities provided by the reversal are surely of little interest. A sceptic might say it’s nothing more than a box-office wheeze to pack out a newly rechristened theatre.

This production, with its autumnal, muted set and distinguished cast, is the first Pinter performed here since the West End’s Comedy Theatre was renamed in the great man’s honour. And, as befits the first opportunity to see a Harold Pinter play in the Harold Pinter Theatre, Old Times is laden with the playwright’s trademarks: scattergun dialogue interjected with pauses and silences; menacing undercurrents of manipulation; portentous lines that remain utterly unexplained (the repeated “I remember you dead” being a memorable instance in this play); and a niggling feeling that underlying it all is just abject, aimless misery. You leave the theatre feeling confused, dejected and more than a little unsatisfied – for the Pinter fan, it has everything.