Once upon a time every household had one. Its hallowed pages worn, relentlessly plundered, curled around the edges. A good book which gave guidance to the satiate multitudes, slouching towards the remote control, grafted to the sofa in the misty depths of winter.

That book is, of course, the Christmas edition of the Radio Times. All 280 glossy pages of the 2012 edition landed on my desk this morning, and having trawled through the listings, it appears we are in for a season of sequels, classics and “family friendly” tripe. Same as it ever was.

But this is no reason to despair. Christmas viewing is unlike any other. It takes place in a world outside time, in a sherry-fuelled vortex in which all films are transfigured, forgiven the usual prejudices simply because they are on, and the audience has lost all motivation to do anything but watch TV.

Five years ago, squinting at a small TV in the attic of my auntie’s house in Northern Ireland, I watched a man cut off his own tongue. In that moment, having flicked onto the film by accident, I was introduced to the wonders of Korean horror. And so, in that spirit, here are a handful of recommendations culled from the thousands of films scheduled to be broadcast over the festive season. Most of them are playing in the wee small hours, when the family are in bed, the wine is flowing, and the snow (delete as appropriate: rain, sleet, apocalypse) is setting in.

The action starts on Sunday evening, so use your Saturday to maximum effect. Stock the fridge and have all presents ready to be wrapped. Lock the door, usher the kids upstairs (profanity ensures), pour a drink and tune in for In Bruges (11pm, C4) to see why director Martin McDonagh’s recent Seven Psychopaths was a step in the wrong direction. Colin Farrell and Brendan Gleeson hide out on the continent, awaiting instructions from their gangster boss (Ralph Fiennes) after Farrell’s character Ray accidentally kills a young boy on his first day as a hitman. This lurid and evocative exploration of guilt and redemption is a must – the film for which McDonagh earned his stripes, and the eager attention of Hollywood investors…

If you’re lucky enough to have the digital movie channels, The Descendants will debut at 10.15pm on Sky Premier, for those who fancy something more straightforwardly dramatic. The film, by Sideways director Alexander Payne, sees George Clooney in a Hawaiian shirt, giving what could his most honest and impressive lead performance as the sole trustee of a large stretch of undeveloped Hawaiian land. He must juggle two daughters and a comatose wife, who has just discovered was cheating on him before hospitalisation. The setting, music, pace and power of Clooney’s set pieces opposite family members makes this a memorable tear-jerker well worth seeing. Alternatively, if you’d prefer a lighter touch, Superbad is on Channel 5 (11pm) – a douche bag high school comedy starring the one from Arrested Development (Michael Cera) and the young Mr Potato Head (Jonah Hill). 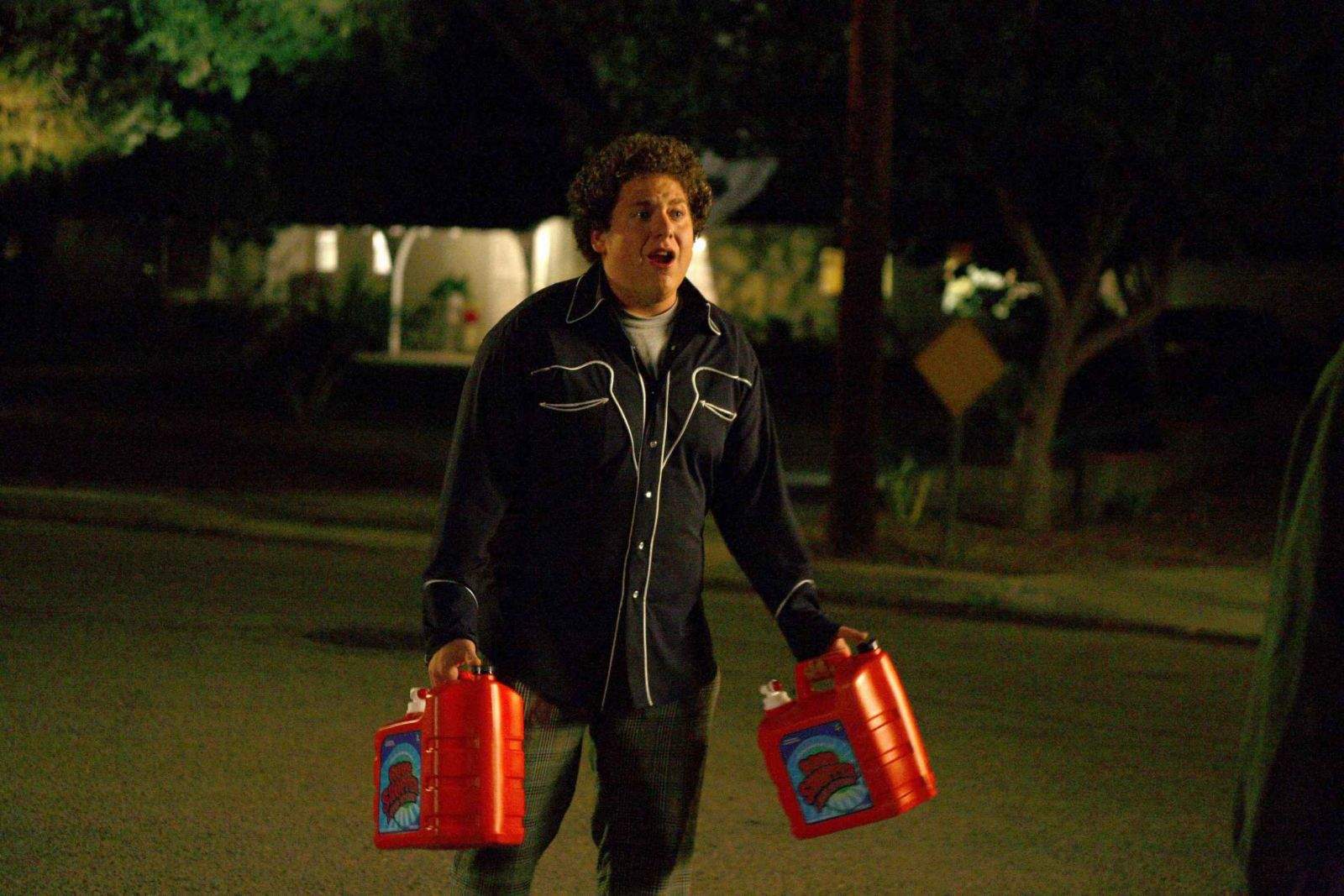 Christmas Eve is a little tepid this year, but you could do worse than introduce any uninitiated youngsters to the Pumpkin King, in Tim Burton’s infectious and at times genuinely creepy Nightmare Before Christmas (9.10am, BBC2). Elsewhere there are four cinematic adaptations of Charles Dickens’s A Christmas Carol (A Christmas Carol, 8.30am, C4; The Muppet Christmas Carol, 11am C4; Scrooge, 4.10, C5; A Christmas Carol, 6.45, BBC1), and he night brings Joe Cornish’s directorial debut Attack the Block (9pm, Film4). Best known as the hairier half of BBC 6 Music duo Adam and Joe, Cornish’s film is a sci-fi thriller set on a fictional south London estate, in which a group of ruffians are forced to work together when a batch of Gremlin-like beasties fall from the sky. For fans of Kick Ass, Scott Pilgrim vs. the World and Shaun of the Dead.

Though not quite a movie, most Twitter-patter is likely to revolve around The Snowman and The Snowdog (8pm, C4), a sequel to the animated flat white that was The Snowman (1978). The “film” lasts 24 minutes and is made up of 200,000 individual drawings, based on the original cartoon, and approved by Snowman creator Raymond Briggs, who says:

It would have been cashing in to do it before. Now it won’t do any hard, and it’s not vulgar and American. I’ve never touched a computer, or anything like that. CGI makes everything too perfect, but [the filmmakers] are sticking to the old ways.

For some colourful frolicking in a writers’ colony on the south coast, there’s always Stephen Frears’s Tamara Drewe (10.40, BBC HD), adapted from the (superior) comic strip by Posy Simmonds.

Moving on, Channel 4 are offering a chance to watch the three Lord of the Rings films this year, one each day, beginning on Christmas with The Fellowship of the Ring (5.40, C4). This slot tends to be reserved for a notable premier, but with The Hobbit currently causing headaches and Gollum impressions up and down the land, screening the trilogy will provide viewers an opportunity to confirm that a) yes, they were better and b) 3 hours is more than enough time in which to adapt a book. Even a long one.

Later in the evening, after bidding farewell to loved ones and knocking up a Turkey sandwich, the Bourne Identity (9pm) will be playing for thrills on ITV2, after which Woody Allen’s Scoop (11.15pm, BBC HD) and Airplane! (1.05am, C4) will provide some light relief. And if you haven’t already seen it, push yourself to try out something a little darker in Park Chan-Wook’s Old Boy (11.20pm, Film4), which has rather bizarrely played every Christmas over the last few years. This unforgettable revenge tragedy, which channels the nightmares of ancient Greece into a dystopian Korea, has been remade by Spike Lee, and will be in cinemas in late 2013.

While I’m trying to stick to what I still anachronistically refer to as the “analogue” channels, or at least the ones available for free through a set-top box, the digital film channels are doing great things this Christmas, including back-to-back screenings of the last four Harry Potter (3.45pm) movies, followed by the timeless Taxi Driver (1.45am, Modern Greats). The Coen brothers’ impeccably executed remake of the John Wayne western True Grit (8pm, Indie) will play before Quentin Tarantino’s misshapen but remarkable cult classic Pulp Fiction (10pm). For those seeking romance, witness the birth of the modern rom-com and the late Nora Ephron’s best-loved work in When Harry Met Sally (11.10, TCM). 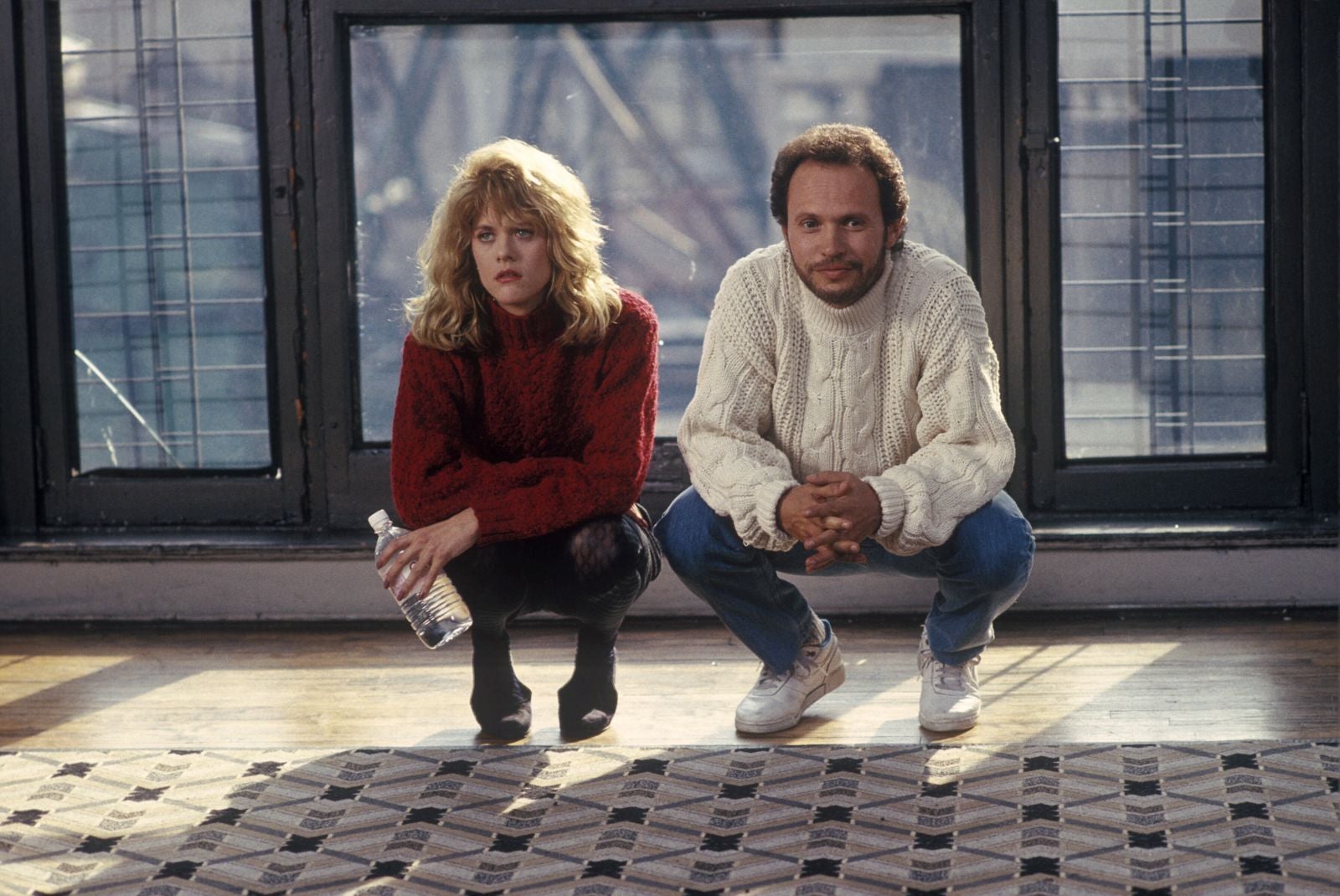 Boxing Day this year belongs to Alfred Hitchcock. In HBO’s The Girl (9pm, BBC2), Toby Jones plays a convincingly monstrous Alfred Hitchcock, who develops a tortuous obsession with the model Tippi Hedren, played by the comparably wide-eyed and much-photographed Sienna Miller. Jones throws down before Anthony Hopkins, who will star in the biopic Hitchcock, to be released in February next year, giving Hollywood more than a run for its money. Following this is the real Hitchcock’s Hollywood debut from 1940, an adaptation of Daphne du Maurier’s Rebecca (10.30pm, BBC2), which is in turned followed by Paul Merton Looks at Alfred Hitchcock (12.35am, BBC2) – the comedian’s “interview” with the dead auteur from a few years back. Yet more franchise action awaits on Channel 4, and if you’ve not yet watched them, The Girl with the Dragon Tattoo film trilogy is excellent, and kicks off at 10.30pm on Channel 4.

In Joe Wright’s adaptation of Ian McEwan’s novel Atonement (11.15pm, ITV1), set in the years leading up to, including and after the second world war, there is a long tracking shot across a Dunkirk beach, spattered with wounded soldiers and smoking guns. The camera moves up a sandbank in search of leading man James McAvoy, passing a young soldier staring at a book with a rife in his lap. That, dear reader, is me. £50 a day and three hot meals. The life of an extra is very fine indeed. 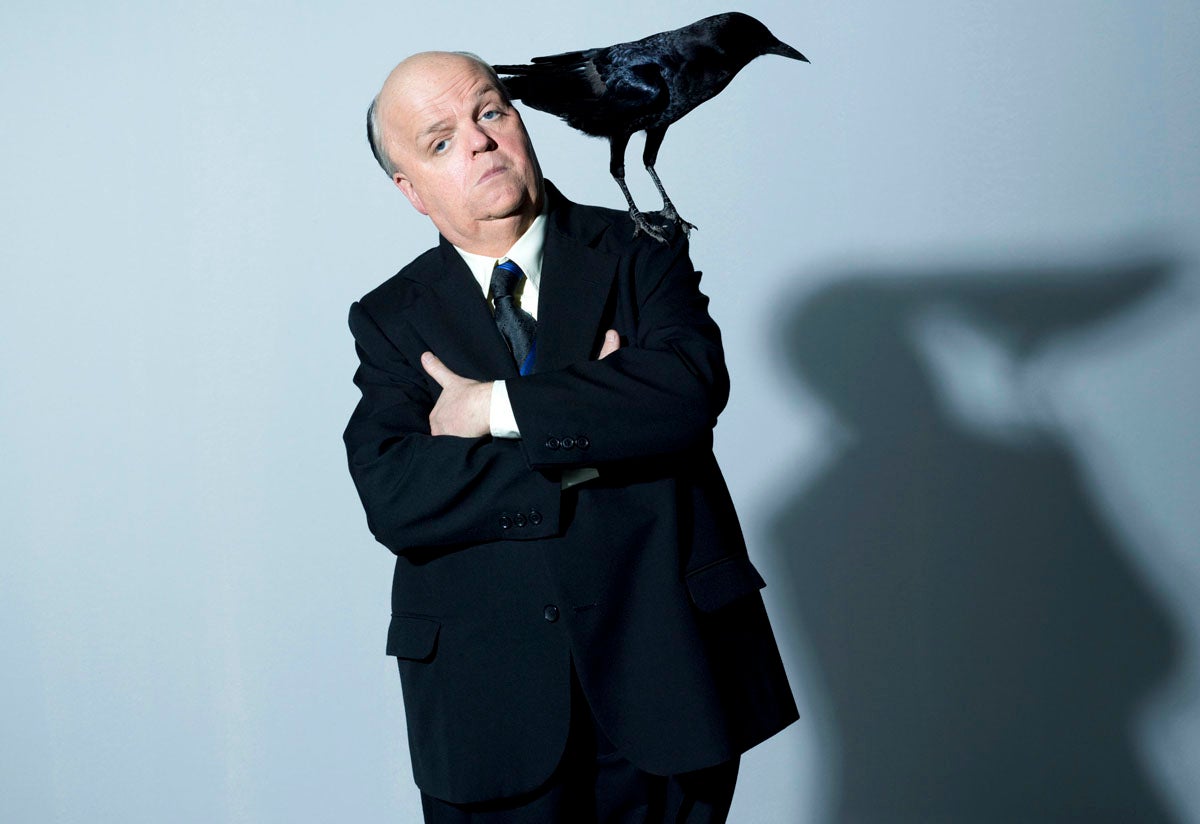 Christmas viewing need not end on Boxing Day. Picks for the following week include 2011’s Wuthering Heights (11.10pm, C4, 29th), by the superbly talented director of Fish Tank Andrea Arnold, and Duncan Jones’s / Zowie Bowie’s Moon (10pm, BBC2, 30th), which offers a final curative to any lingering holiday sentimentality. The appropriately named actor Sam Rockwell plays a contract operative mining on the far side of the moon and planning his return to earth after three years away, who is stopped in his tracks when felled by a mysterious accident. On New Year’s Day Pixar’s best effort in recent years Up (6.30pm, BBC1) will prove pleasurable for viewers of all ages, and on the 2nd you can ready yourself for the Royal year ahead by watching Roman Polanski’s horror classic Rosemary’s Baby (1.05am, C4), in which a powerful and incestuous cult take charge of a young woman’s womb.