The House of Commons returns today, bringing with it an end to the “hybrid parliament”. The system that has been in place during lockdown, allowing MPs to appear virtually via Zoom and to vote online, is no more. Jacob Rees-Mogg, the Leader of the House and therefore the government figure responsible for these decisions, has ruled that MPs must be physically present to participate in debates and votes. MPs have a vote on the decision today, but, somewhat ironically, only in person.

As many as a third of MPs can’t, or won’t, be there in this time of coronavirus. Some must stay at home for health or age reasons, others to shield sick relatives, while others are choosing not to make the journey to London from Scotland, Wales or Northern Ireland.

Up to 250 MPs are expected not to be able to participate in parliamentary activity without virtual provisions: and with their effective disenfranchisement, up to 20 million constituents around the UK risk losing their democratic voice too.

The New Statesman spoke to four MPs who can’t return to Westminster — or who will have extreme difficulty in doing so. 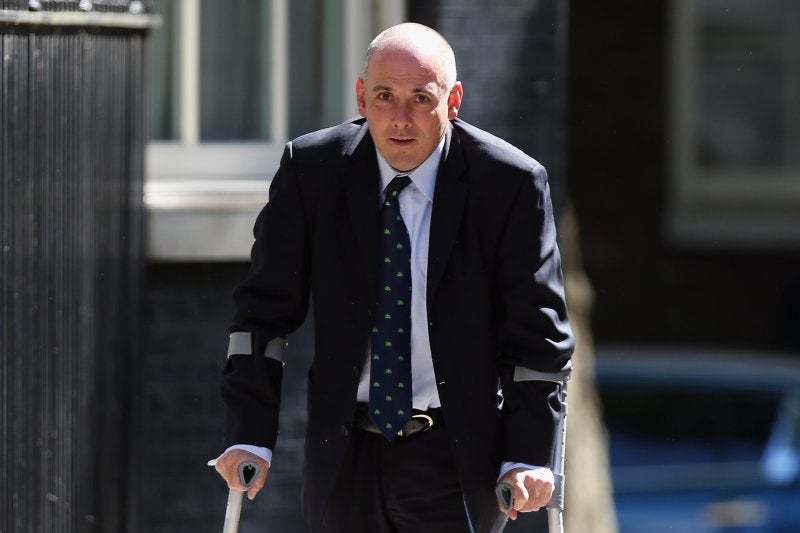 Robert Halfon has a disability and is one of several MPs who have been shielding, on government advice, during the pandemic. He is considering travelling into parliament to vote in person in favour of an amendment to the legislation on parliament’s return, which would allow online voting to continue.

“It’s wrong to have a vote on hybrid voting, and yet not allow MPs to have the vote online. At the very least, this vote should have been online to make it fair.”

He continues: “I’m fascinated by a virtual parliament, by the technology, but that is another argument for another day. I’m very happy to return to the traditions that they want so much, if, temporarily, we can get the vote and not be disenfranchised.

“There’s no understanding when people like me have a disability. I try to be as independent as possible and not be a victim and not complain and moan. I just want to do my job.” 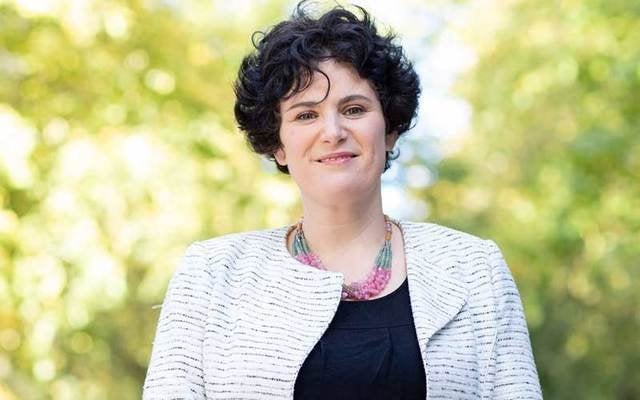 “I don’t intend to go back to London this side of the summer. On balance, it’s too much of a risk at this point,” she says.

“The Northern Irish public health advice is still ‘stay home’ and to work from home where possible. Clearly that is possible, as the virtual arrangements for the last month demonstrated. I genuinely don’t think Jacob Rees-Mogg has presented a decent argument for not continuing it. I wouldn’t want my constituents to feel pushed back to work when it doesn’t seem safe and when they are able to work from home, so it wouldn’t be a great example if I did.

“The risk of air travel during the pandemic is an additional complication, particularly when it takes me to a virus hotspot while Belfast Health Trust area has a relatively tiny number of new cases (and there were no deaths on the island of Ireland on several days in the last week).

“Childcare is also a challenge: school and creche for my kids won’t be back until September at the earliest. And my mum is undergoing major medical care at the moment, including fairly substantial surgery. Risky travel to London would really limit whether or not I could see her, even socially distanced.

“I caveat all this by saying I’m not a total lockdown fanatic and at fairly low risk personally. The select committee I’m on, the Northern Ireland Affairs Committee, is continuing its work virtually until July. And if Northern Ireland-specific issues come up in the House, such as the Troubles legacy legislation, I will work around the infection risk and childcare challenges to attend in person. But I don’t think it’s an appropriate level of risk when there are alternatives.”

“The bottom line is we were all elected on an equal basis. 650 were fairly and squarely elected. You’re disenfranchising whole constituencies if there’s not a way to facilitate participation of their MP.” 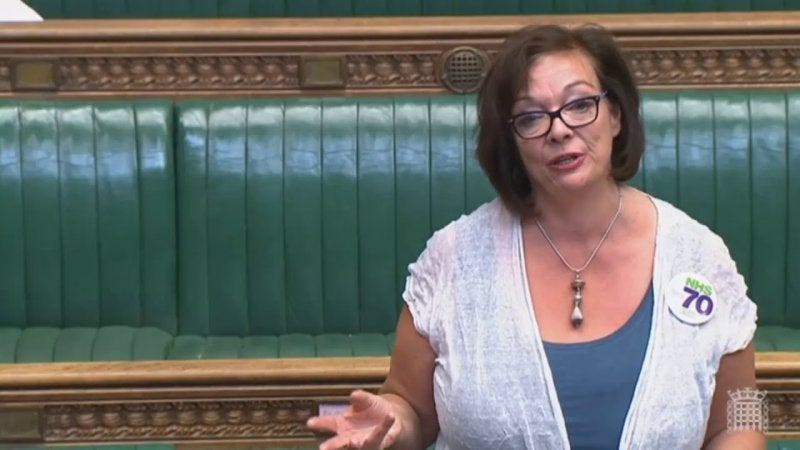 “I have been told I must shield as I take immune-suppressing drugs. I feel I’m in an impossible situation, being asked to shield but also being told I can only continue doing the whole of my job if I am physically present in parliament. It is wrong that the people of West Ham should be denied representation.

“I’m angry that so many of my constituents are being denied access to public support during this crisis, and that the systems that should have protected them haven’t worked. My constituency has been hardest hit of anywhere in the country, once age is considered. Frankly, I want the opportunity to give the government a piece of my mind and do my best to ensure we don’t have a second wave that has all the same injustices as the first.

“I won’t accept the implication that I should be ‘brave’ and go into a workplace that is unsafe because the government is happy for it to stay that way.  Make no mistake, it’s so much worse for my constituents. In Newham, constituents understandably believe they are being forced into working and travelling unsafely, put at risk to keep the economy going; they believe they are seen as disposable.

“I won’t accept it when there are obvious alternatives that would enable me to do the whole of my job, like the hybrid procedures we’ve already been using. To me, this is just another damning example of the government’s failures to get to grips with this terrible crisis and attempts to shift the blame onto others.” 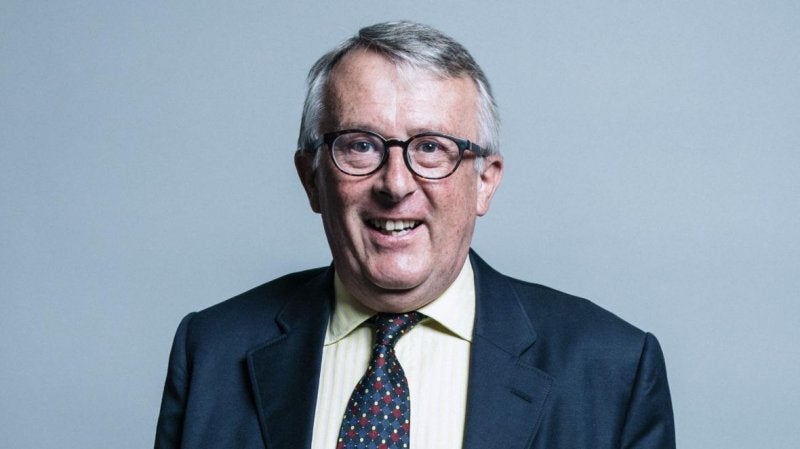 “My wife is disabled. She has been for 21 years. She’s not wheelchair-bound but she can only walk a certain distance. She has lost the use of an arm: the equivalent of somebody who has had a stroke. This is not something I normally talk about because I would not want to use my wife’s disability as a way to make political capital. I don’t do it, and I don’t go on about it.

“I am a carer, and in the past we’ve been able to manage it with the help of additional carers on weekdays and I would always do my wife’s stuff at weekends. She’s my wife and I love her, so of course I do. When we went into the virtual parliament it worked well. I was around to help, while being able to raise issues in parliament on behalf of constituents. We took a voluntary decision — as it was lockdown, as it was virtual parliament — that I could do everything. And those carers could care for other people. The care sector is already stretched.

“But now the whole game has changed. I probably won’t have the power to make a contribution to a debate, or ask a question, and I possibly won’t have the power to vote. My constituency is the second biggest in the UK. It’s colossal. It’s the furthest away on the UK mainland. [His journey to and from Westminster every week involves a 35 mile drive to catch either a sleeper train or a plane between Gatwick and Inverness, leaving his constituency on Sunday night and returning late on Thursday night or on Friday morning.]

“I have been put in the invidious situation of having to make a decision: is it my family, or is it Westminster? At the end of the day, my family must come first.

“Further to that, I have a responsibility to my community. Mercifully, we have been relatively free of the virus in the Highlands, with the horrible exception of Skye. If I were to go down there, pick up the virus and bring it back, my constituents would really not appreciate it. They have been very supportive about that.

“But my constituents elect me to represent their views and to be their voice. Over the past three years I’ve been trying to point out that no one in a very remote constituency should be disadvantaged because of where they live. This has been a theme of mine.

“It’s all very well for Jacob Rees-Mogg to say we should go back but the virtual parliament has worked well and I’m very grateful for it. I can’t understand why, almost on a whim, they’ve decided to push this so hard. It’s all very well for Jacob — he lives just a few hundred yards from Westminster. I don’t. If I was to go south tomorrow, to be absolutely responsible, I probably should not come back for a number of weeks, in the hope I wouldn’t get it and wouldn’t spread it.

“So I’m not going down. But I don’t know when it’s going to end. I just don’t know. I don’t like talking about this; it’s not me. I’m being disenfranchised. Surely, my constituents have the right to exactly the same voice as other ones.

“What message does this send out to the disabled and their carers? It’s not a good message, is it?”