Benjamin Netanyahu has faced no dearth of scandals in his 12 years as Israel’s prime minister, from murky billion-dollar submarine deals to a wife accused of treating her staff like slaves and a son joking outside a strip club. In contrast, allegedly taking cigars and champagne in return for tax breaks, and back room deals for favourable press coverage seem rather mundane. But it is these allegations that may finally have him on the ropes.

Last week, Israel’s police recommended Netanyahu be indicted in two corruption cases: one for accepting gifts from wealthy businessmen in return for tax breaks and visas, and the other for seeking favourable press coverage from a leading daily in Israel, Yedioth Aharonoth.

The police claim they have enough evidence to charge him. The ever-confident Netanyahu denies the allegations. “Not for cigars from a friend, not for media coverage,” he told the cameras. Everything he had done was for the “good of the state”.

A former commando, Netanyahu is trained for combat. No-one who has seen him in action over the last two decades would expect anything other than for him to fight these allegations as tenaciously as he has fought domestic opponents, the United Nations and even President Obama.

With Turkey in crisis, Erdoğan leans into chaos 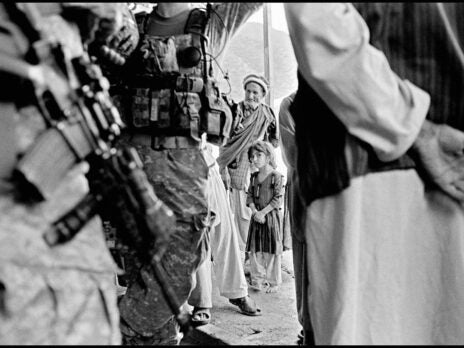 Afghanistan shows the American dream of remaking the world is over

The conservative politician’s public career was launched after the killing of his brother Yonatan. In 1976, pro-Palestinian militants hijacked a Paris-bound Air France plane and landed it in Entebbe, Uganda, with the open support of Ugandan dictator Idi Amin. In exchange for hostages, the hijackers demanded release of 40 Palestinian militants held as prisoners in Israel and 13 more in four other countries. Yonatan’s subsequent rescue mission is remembered as one of the most daring ever. Despite saving a hundred hostages,  Yonathan was killed. He became a legend and Benjamin Netanyahu an advocate of the Israeli national cause.

He became Israel’s envoy at the General Assembly of the United Nations in 1984, entered the Israeli parliament, the Knesset, in 1988 and first became the PM a few years later in 1996. During his first tenure, Netanyahu endorsed a US-led effort to get the peace process back on track, ultimately co-signing the Wye River Memorandum alongside the Palestinian leader Yasser Arafat. The subsequent backlash from the right toppled him from power. Since then, Netanyahu has formed several governments (he is currently serving his fourth term as PM) but Wye River would be the the last formal agreement signed with the Palestinians.

Despite his resistance to compromise on the issue of Palestine, in the present administration in the United States, Netanyahu has ideological allies. Sheldon Adelson, a casino magnate in America, was until recently one of them. He donated to Trump’s campaign with one major objective, moving the US embassy from Tel Aviv to Jerusalem, a deeply symbolic gesture. Adelson is also the owner of conservative daily Israel Hayom, which is perceived as a mouthpiece of Netanyahu’s government. According to the editor-in-chief of liberal newspaper Haaretz, Aluf Benn, since the sudden emergence of Israel Hayom in 2007, Netanyahu’s star has risen.

The newspaper plays a part in the allegations that threaten to bring him down as well. Netanyahu was allegedly approached by the publisher of another newspaper, Yedioth Ahronoth, who wanted the PM to introduce new laws that would prevent his rival from distributing free copies. Netanyahu has called the allegations a media witch hunt.

Netanyahu certainly has enemies. Tal Shalev, a political correspondent with Walla! News in Israel, calls Netanyahu, “King Bibi” (Bibi is his nickname) and says: “In the name of his political survival, Netanyahu has made many moves which have depicted him as one of the most divisive leaders in Israel’s history.”

In 2009, facing pressure from the newly-elected Barack Obama, Netanyahu tilted to the centre and offered conditions for the formation of a Palestinian state. But in 2015, with a new centrist coalition under Labor’s Isaac Herzog set to win the election, he reversed his position. Appealing to voters in the West Bank settlements, he announced there would never be a Palestinian state on his watch. “I think that anyone who moves to establish a Palestinian state and evacuate territory gives territory away to radical Islamist attacks against Israel,” he declared.

Netanyahu beat Herzog. Yet to form a government, he needed a coalition. Unable to form a unity coalition with centrist Zionist Union, which would have kept the moderates dominant, he agreed one with smaller far-right parties instead.

Under the cover provided by these small yet fiercely nationalist players, he appointed more conservative judges to the Supreme Court and used his additional portfolio of communications minister to wield a tight grip over the media. Criticism of the government was termed “fake news”. Anyone who dares to question him could expect abuse on social media.

In the years since Netanyahu entered politics, the secular, liberal, left-wing elite has been increasingly eclipsed by a religious, nationalist, illiberal group of voters. The demographics have also changed, with the birth rate for ultra-Orthodox women outstripping that of the average Israeli woman. Netanyahu’s own, conservative party, Likud, has moved further to the right.

Yet despite Netanyahu’s populist touch, Israeli frustration with corruption has reached boiling point. Demonstrations have taken place in Tel Aviv for weeks. Protestors chanted slogans like, “Not leftist, not rightist, but honest!” Others read, “Bibi go home.” Netanyahu’s opponents have dug up an interview he gave in 2008 after Ehud Olmert, then prime minister, was accused of  corruption. Netanyahu, one of the first to question Olmert’s moral mandate, had said: “It is real and not without basis, that he [Ehud Olmert] will make decisions based on his personal interest in political survival and not based on the national interest.”

Olmert subsequently resigned, but Netanyahu has so far ruled out following suit in his case. Surveys conducted since the decision to indict him reflect a deeply polarised country. Half of Israelis, the polls reveal, believe Netanyahu to be corrupt but half of those surveyed also don’t wish for him to quit just yet. The ardent Likud voter is sticking by him and believes the police simply want to topple him.

There is, moreover, a troubling lack of an alternative. The smaller right-wing parties are too small to govern without him, while the left appears out of touch with the masses.

The party best positioned to exploit Netanyahu’s troubles is the centrist Yesh Atid. Yair Lapid, the leader of the party, is perceived as experienced and charismatic, and shows a willingness to court conservative fence-sitters by talking up religion and promising to be tough on terror. Atid’s electoral success in the next polls will depend on how far Lapid can build up an anti-Bibi mood and erode Netanyahu’s support base. The powerful prime minister may be responding to his indictment with a display of confidence, but for once he is vulnerable.