The lion of the Brazilian left is back in the arena. On 8 March, the political landscape in South America’s largest country was remade at a single stroke with the unexpected decision of the Supreme Court Justice Edson Fachin. The corruption convictions against the former left-wing president Luiz Inácio Lula da Silva – known as Lula – were annulled. The decision, which is pending the approval of the entire Supreme Court and perhaps a retrial of the relevant cases in federal court, has freed Lula after three years’ imprisonment and cleared the way for him to run again in the next set of presidential elections in 2022.

In a widely disseminated speech given after his release, Lula sought to position himself and his Workers’ Party (PT) as the leading force of opposition to the government, attacking its record on the vaccine roll-out and privatisation of state enterprises.

It is very bad news for Brazil’s right-wing president Jair Bolsonaro. Despite a crisis in public security in major Brazilian cities such as Rio de Janeiro, and a disastrous virus response – the government is now on its fourth health minister since the start of the pandemic – Bolsonaro was until last week the easy favourite for another term. A demoralised and disorganised left looked unlikely to unify around a candidate, while the political appeal of centre-right figures including the São Paulo governor João Doria was unclear.

A single decision by the Supreme Court has arguably done more to cloud Bolsonaro’s political future than an entire year of death and chaos. For the first time he faces the prospect of running against a candidate with proven, deep national appeal. One recent poll had Lula winning in a hypothetical run-off.

Can we save the Amazon rainforest from environmental destruction? 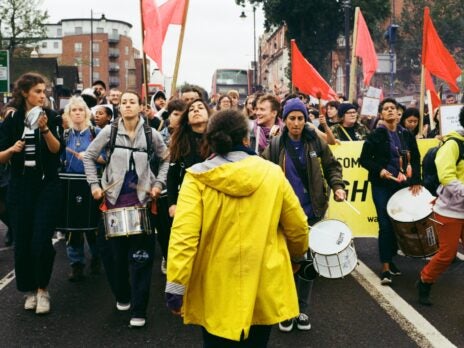 Latin Americans are one of the UK’s fastest-growing groups. So why aren’t they recognised?

Already, observers have noted a distinct shift in the position of the government, made in the hopes of warding off new criticism. Bolsonaro and his allies have appeared wearing masks and begun talking in positive tones about vaccination efforts. “Our weapon now is the vaccine”, tweeted Bolsonaro’s son Eduardo, attempting to shoehorn pro-vaccine sentiment together with the government’s gun-rights campaign via a picture of Brazil’s cartoon vaccine mascot, Zé Gotinha, holding a syringe shaped like an automatic rifle. Eduardo quickly deleted the tweet, reposting it without the word “now” – the original message having revealed rather too transparently that the new tone was a direct reaction to Lula’s challenge.

Fears of a 2022 loss to the Workers’ Party may prove a good incentive for Bolsonaro’s government to try to make up ground on a halting vaccination campaign, as the country groans under the strain of a terrible second coronavirus wave. As much of Europe and North America is seeing lower rates of infection amid an accelerating vaccine roll-out, Brazil is logging record numbers of cases and – despite a health system accomplished in carrying out mass vaccination campaigns – registers a jab rate that is half that of most European countries.

Bolsonaro’s government also failed to negotiate a timely deal to receive vaccine doses from Pfizer. Instead, the state of São Paulo took the lead in vaccine supply, agreeing to produce doses of the Sinovac-developed CoronaVac jab from China. The decision now seems a fateful one, as a small-scale study pending peer review has given an initial indication that the CoronaVac may have limited efficacy against P.1, the variant of the virus which is believed to have caused a partial collapse of the health system in the Amazonian city of Manaus.

In the months leading up to the next election – likely to be Bolsonaro versus Lula, though the latter has not yet been confirmed as his party’s candidate – all eyes will be on the financial elite, the armed forces and the judiciary.

After several failed bids for the presidency, Lula won the approval of the Brazilian business class during his successful 2002 campaign by promising to retain the fiscal strictures put in place by his predecessor. Later, the same class turned on Lula and his successor, backing Bolsonaro in the hopes that his Chicago-trained economy minister, Paulo Guedes, would put through liberal reforms, boosting the Brazilian economy.

Hopes for Bolsonaro’s presidency have since diminished, as some investors worry the government’s environmental policy is hurting investment, but Lula still represents the bigger threat in the view of many. The Brazilian currency slumped to near all-time lows after news of Lula’s release, and growing regret at having helped elect Bolsonaro will likely not be enough to drive the denizens of São Paulo’s Faria Lima Avenue – the “Brazilian Wall Street” – into the arms of the Workers’ Party. A new deal struck between the party and Faria Lima is possible, but the circumstances that helped create the first one – a commodity boom swelling Brazilian state coffers – are long gone.

Another sector of the Brazilian polity to watch is the military. Active and retired generals make up much of Bolsonaro’s cabinet, and for a decade anti-Workers’ Party sentiment has been strong at all levels of teh Armed Forces. No one has forgotten a menacing tweet by the Brazilian army commander on the eve of the Supreme Court’s 2018 decision on Lula’s eligibility for that year’s elections. This time, no public pronouncements were made against the court’s decision, but reports circulated of grumblings in the ranks.

The Brazilian judiciary, especially at the highest level, is not entirely invulnerable to accusations of political bias of various kinds. Especially sensitive is the speed with which cases pass through various stages of appeal. In the lead-up to the previous set of presidential elections, Lula’s appeals were judged with breathtaking rapidity in order, it seemed, to have the final decisions rendered by the time voters went to the polls. It is not inconceivable that a similar acceleration might take place in the re-consideration, in federal rather than regional court, of the corruption allegations against Lula, including malfeasance relating to real estate transactions involving a triplex apartment in São Paulo state. It is possible that Lula could be eventually disqualified from running in 2022.

But the strength of anti-corruption and anti-Workers’ Party sentiment in public opinion has weakened considerably. The Lava Jato corruption investigation – which initially took down Lula and many other politicians – has itself been discredited by accusations of improper conduct. For the judiciary to prevent Lula from running in a second straight election against Bolsonaro would inspire incandescent rage among the former’s supporters and create a volatile political climate.

Finally, the return of Lula means that a longer-term question for the Brazilian left has been deferred once more: what to do after the end of the political career of its septuagenarian champion? This has disappointed some who think the necessary work of charting next steps will now be even harder when the time comes. But like the more moderate Biden administration in America, a third-term Lula government presents the prospect of something more than a mere restoration of the status quo ante. It might offer a chance to raise a next generation of leaders, such as the São Paulo politician Guilherme Boulos (present at Lula’s recent speech), to a national profile. And after several years of backbiting and ineffectual opposition, while the Workers’ Party lost much of its influence in state and local politics, it could hardly get worse.

[See also: Brazil’s Covid-19 variant point to a long, hard road out of the pandemic]