With a new outrage every day, it is easy for the environment to get lost in the mix. Climate change is still, for most, a nebulous concept lying in the far future – tomorrow’s problem, not today’s – in comparison to the horrific treatment of asylum-seekers, constant and baffling lying, attempts to shut down the Mueller investigation, and general toadying to global nationalism that are the horrific hallmarks of the Trump administration.

But a new report just out by a group called the Union of Concerned Scientists laying out just how bad things have got at the Department of the Interior under secretary Ryan Zinke paints an extremely alarming picture of the level of damage caused by Trump’s administration’s policies – damage that’s happening today, right now, and is likely irreparable.

The report, which is titled “Science Under Siege at the Department of Interior”, details “relentless attacks” on science “ranging from suppressing and sidelining the work of the department’s scientists to systematically refusing to act on climate change” as well as how Zinke “allowed drilling and mining interests to take priority over science-based protections, in the process damaging publicly owned land and resources.”

The Department of the Interior manages more than half a billion acres of public lands, including national parks. Along with Trump’s first pick to run the Environmental Protection Agency (EPA) Scott Pruitt, Zinke, a former Navy SEAL and Montana congressman, has overseen the largest rollback of federal land protections in America’s history, the New York Times reported in April. In September 2018, the report notes, Zinke gave a speech to a Louisiana Oil and Gas Association event and said: “Our government should work for you, the oil and gas industry.” 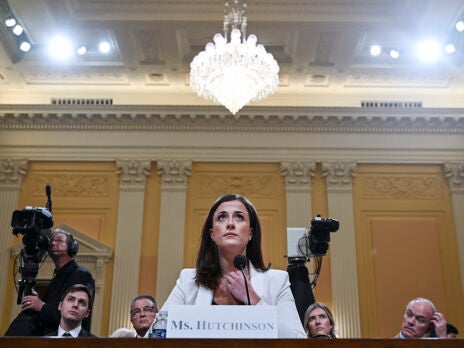 He means what he says: the report describes how Zinke’s department “established a clear pattern of suppressing science and scientific evidence, particularly when they run counter to the interests and priorities of the coal, gas, and oil industries,” pointing to one particularly egregious example where a study into the negative health effects of toxic gases produced by surface coal mining in Appalachia was unilaterally halted by the department. “Stopping the study after lifting a ban on new coal leasing on public lands only added insult to injury,” the study’s authors despondently add.

Zinke is currently being investigated by the Interior department’s Office of the Inspector-General for ethics violations including using chartered flights, but not for the wider environmental disaster he is causing. That is not a bug but a feature for an administration which has consistently picked fights with scientists and environmentalists, often seemingly just for the publicity of doing so, and which has cozied up to big oil and mining interests. Zinke’s own deputy, as the report points out, is a former oil and chemical lobbyist; Andrew Wheeler, who has been nominated by Trump to replace Pruitt at the EPA, is a former energy industry lobbyist.

Trump himself has proved himself to be uninterested in the science of climate change, and even as record hurricanes and forest fires have ravaged the US he has hardened in this position. Just this week, the Trump administration signed on to a proposal by Russia and Saudi Arabia to weaken language responding to a key report on the urgent and imminent impact of climate change at the COP24 conference in Poland.

It is becoming increasingly clear that even with Democrats now in control of the House of Representatives, and with victory in the 2020 presidential election in serious doubt for a White House beset by chaos of its own making, the most lasting legacy of this administration will likely be the catastrophic and irreparable damage it is doing to the environment.