Climate change is not only a crisis for future ­generations; it is a crisis for all of us today. The abnormally hot and cold temperatures that global warming produces are now linked to around five million deaths a year. Hurricanes, floods, droughts and wildfires are disturbingly common.

After falling by a record 7 per cent in 2020 during the worldwide shutdown, carbon emissions are forecast to rise this year at the second fastest rate in history. CO2 emissions from electricity generation are already higher than their pre-pandemic level.

The world may have only a decade left to prevent ­average temperatures rising by more than 1.5°C above pre-industrial levels – the point at which the risk of ­irreversible and ­catastrophic climate change significantly increases. (They are already around 1.1°C to 1.3°C higher.) The thawing of the Arctic permafrost could lead to even higher emissions. In the quest to avoid catastrophe, the UN Climate Change Conference (Cop26), which opens in Glasgow on 31 October, should be a defining moment. World leaders must demonstrate that they have both the will and the means dramatically to reduce emissions.

At first sight, there may appear to be cause for optimism. When the UK became the first major economy in the world to set a net zero emissions target in 2019, the concept was a novel one. But the UK has since been joined by the US, China, the EU, Japan, Russia and even Saudi Arabia, meaning more than three quarters of global emissions are covered by net zero pledges. 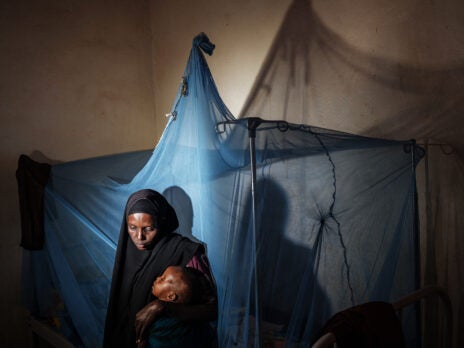 Setting targets, however, is different from meeting them. Too often countries take an Augustinian approach to decarbonisation: “Lord, make me green, but not yet.”

And even if net zero pledges are met, the world is still set to fall short. By 2030 global fossil fuel production levels are projected to be 105 per cent higher than the amount necessary to limit global warming to 1.5°C.

Based on present trends, temperatures would rise by 2.7°C in the next century. At this level, estimates suggest, 275 million people would be subject to flooding, while more than a quarter of the world’s population would be exposed to extreme drought conditions. Uninhabitable land and food shortages would create a new era of mass climate migration and geopolitical resource conflicts.

Yet even now, prominent commentators and many politicians insist that the world “cannot afford” the cost of going green. The reality is that the world cannot afford the cost of not doing so. As Philippa Nuttall, our environment editor, writes in this week’s cover story, the economic damage inflicted by climate change could “trigger losses that go far beyond anything wrought by Covid-19”. The reinsurance company Swiss Re concludes that global GDP will fall by as much as 14 per cent if temperatures rise by 2°C to 2.6°C.

To reach net zero, the state will need to assume a radically interventionist role. As the economic historian Adam Tooze writes, “Far from reducing green ambition, the current unsustainable situation should energise investment in wind, solar and other renewable options.”

The UK government, whose recent Net Zero Review ruled out additional public borrowing, has set a poor example in this regard. The notion that Britain can achieve net zero emissions by 2050 through private investment and tax revenue alone is either naive or disingenuous. Only the state, which can borrow at ultra-low rates and is insulated from short-term market pressures, can guarantee decarbonisation. Though the investment required may appear daunting, global leaders should remember John Maynard Keynes’s dictum during the Second World War: “Anything we can actually do, we can afford.”

The lockdowns imposed by democratic countries across the world demonstrated the capacity of states to reshape the economy to save lives. Faced with climate change, comparable action is required. As well as seeking to prevent future emissions, states must adapt to extreme weather events through greater investment in flood ­defences, heat-resilient homes and energy security.

Though the cost of global warming will fall most heavily on the world’s poorest, no country can escape the consequences of an overheating planet. Whatever agreements are reached at Cop26, future generations will not ask why governments did so much to tackle climate change – they will surely ask why they did so little.