When Tracy Des Combes heard the news that Cambridge Analytica harvested data from 50 million Facebook users in order to target them with political ads, everything made sense. Over the last few years (Tracy says) her husband has transformed from a “Conservative in the Reagan model” to a far-right Donald Trump supporter.

“Politics was not a big deal in our marriage, it wasn’t that big of a deal until the last two years,” Tracy says. She and her husband met 48 years ago, both aged 11, and have been married for over three decades. Last week, Tracy went viral (42,000 likes, 11,000 retweets) for a tweet that read:

“This is hard to write… My husband of 33 years, a Veteran, was changed from a Conservative into an extreme alt-right crazy. Who is to blame? FUCKING FACEBOOK! Constant Clickbait. I feel like I’m married to a stranger.”

It’s a compelling and straight-forward narrative, one that promises to show the real lives behind the data. As an older white man who is Conservative, Christian and a veteran, Tracy’s husband Brandon was arguably prime for targeting – but there is no way of knowing if he was actually one of those targeted with Cambridge Analytica’s pro-Trump ads. It is possible he was instead targeted by fake news websites run by teenagers trying to make quick cash or Russians trying to meddle in elections. It is possible he wasn’t targeted at all.

Regardless, Tracy believes “shocking” fake news stories (she gives the made-up example of “Eight Muslim Men Raped A Three-Year-Old Girl and Threw Her Off A Bridge”) changed her husband.

“He started posting these stories that were just crazy, they were crazy,” she tells me, giving another example of a news story claiming Barack Obama is not an American citizen. “If you look at the source or you look at any other information, they were just false.” She believes stories about crimes by immigrants and Muslims appealed to the “hero” in men like Brandon.

“I don’t think he’s stupid in any way, he’s very smart, and he’s very kind and compassionate,” she says of her husband (whom she still loves, she reiterates multiple times), “but these stories, they develop something in these men. It made them believe things that were just patently false, and it changed their personalities dramatically.”

On Facebook, Brandon “Likes” the fake news websites Conservative 101 and American News, as well as the website Tell Me Now, which once ran an article headlined “Pope Benedict XVI Forbids Catholics From Voting for Hillary!”

“I can show him absolute positive proof that something is wrong and he will still believe it,” Tracy says.

“I think he has been selectively targeted and led to believe this stuff and I think it was a brilliant plan by whoever did it, because it worked.”

“To buy into the narrative that I was brainwashed by Facebook,” Brandon laughs, “I don’t think so, but you know I’m a proud person.”

Brandon, 57, thinks Facebook “made [him] more aware of certain things” that in turn changed his politics over the last few years, though he explains he’s “been a Conservative all along”.

“Most of it has to do with the Democratic Party and the illegal things they do,” he says, branding Hillary and Bill Clinton “the most corrupt people”. He explains his belief that the FBI are complicit in covering up crimes by the Democratic Party, many of whom he says will go to jail.

When Brandon was younger, he voted for Bill Clinton. He says he is not a “rabid” Trump supporter, and when we talk says he would be “extremely disappointed” if the president passed Congress’ $1.3 trillion spending bill, which he since has.

“I see articles on Facebook but I do other research other than just [looking on] Facebook and taking everything as true,” he explains. 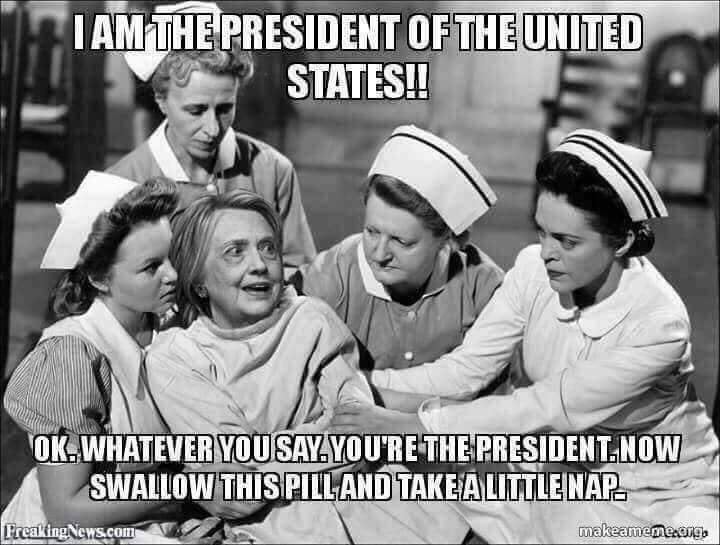 A meme shared by Brandon

In September 2017, Facebook announced it had identified 470 Russian-run pages designed to spread discord, but a comprehensive list of the fake accounts has not yet been released. In October 2017, Bloomberg reported that Secure America Now used Facebook to target swing-voters with anti-Hillary and anti-Islam messages. An ex-Cambridge Analytica employee recently told The Guardian about one of the firm’s most effective ads. It was native advertising on the website Politico designed to look like an article. It was headlined “10 inconvenient truths about the Clinton Foundation”.

This advert was targeted towards people in swing states, which means Brandon probably did not see it. Despite the volume of Facebook targeting during the 2016 United States election, it is possible Brandon was never targeted at all. Yet Tracy’s belief that he was reveals a lot about the current state of the world.

Before Cambridge Analytica dominated the news, many feared that social media helped spread post-truth fake news. Before that, people feared that online echo chambers made our politics more extreme. Even without any underhand action by shady social media manipulators, the Des Combes’ story demonstrates how social media has divided us. Brandon denies being far-right, as Tracy claimed in her initial tweet, but refers to his wife as “far-left”. In the Brexit and Trump era of politics, we come to see our opposition as extremists.

Yet although Brandon doesn’t believe he was targeted on Facebook in a way that changed his politics, he does believe that others could be.

“To give you an example, I was Google searching chicken coops, because we have some chickens, and within 48 hours I’ve got Facebook advertising for chicken coops,” he says. He believes this type of targeted advertising could work similarly for political stories, even if it didn’t in his case.

Recently-leaked Cambridge Analytica documents reveal that the company used paid-for ads on Google to push pro-Trump and anti-Clinton search results in a technique called “persuasion search advertising”.  A search for “Trump Iraq War”, for example, would bring up a top result that read: “Hillary Voted for the Iraq War – Donald Trump opposed it”.

When Tracy went viral, some argued her story was too convenient. Are Cambridge Analytica, Facebook targeting, fake news, and echo chambers just easy excuses for family members we find disagreeable? In the 2016 documentary The Brainwashing of My Dad, filmmaker Jen Senko claims the media transformed her father from a Democrat into a Republican. Is it too convenient? Doesn’t the ability to be “brainwashed” rely on a willingness to believe?

“I don’t understand where this came from because I’ve been with this man for 33 years and he wasn’t like this before,” Tracy says in response to these critics. “I really want you to understand that I love my husband very much. He is an incredible guy. I truly believe that this happened to him because of targeted clickbait.” 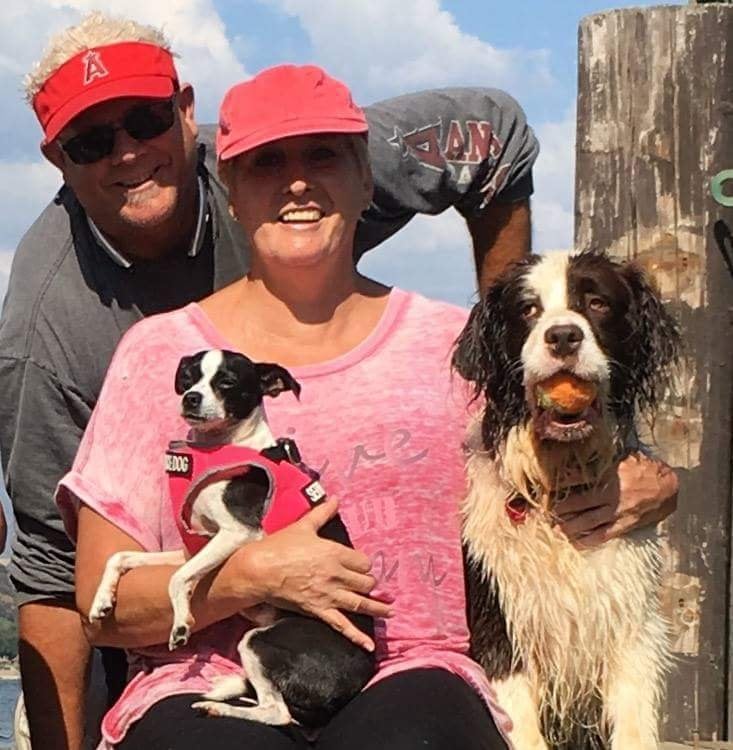 The real story here, then, is perhaps of marriages divided in the Trump era. Tracy says the response to her viral tweet has been “outrageous”, with many women messaging her to say they have left or are leaving their husbands due to a newfound political divide. “It’s the exact same at my house. My husband fell for all the misinformation out there. We dont talk about anything anymore. I truly feel your pain,” reads one public reply to her tweet.

Tracy says she and Brandon have had “a million horrific fights” about politics over the last few years, and now they try to avoid the topic completely.

“It’s just tragic,” she says. “We just can’t talk about politics.” Instead, the couple now talk to like-minded others online.