In a few days’ time, on 15 May, bits of my blood and limbs, mind and spirit, will be splattered in Mayfair and scattered God knows where.

Sounds melodramatic, describing the sale of my football scraps in these terms, but I honestly feel that part of my life is over, a part to which I have devoted so much time, so much thought, so much love.

It started properly thirty years ago, when at the age of 50 I gave up playing football. I couldn’t face walking round the Heath on a Sunday morning, seeing these old crocks, these bad-tempered, middle-aged men lumbering about, shouting and swearing, convinced in their head they were Georgie Best. I was so jealous, so frustrated at no longer being part of my Sunday-morning team, which I had helped to found – so I decided to find something else that would occupy my leisure time. I could have taken to drink, fast cars, fast women, but decided that collecting bits of paper would be less dangerous.

I’d been accumulating football bits since 1966, when I was at the World Cup final, and retained my ticket, my programme, then all the World Cup stamps. Most collectors start as accumulators, not throwing stuff away. The next stage, where madness lies, is acquiring, going out on the hunt, tracking down missing items to complete a set, complete a fantasy. 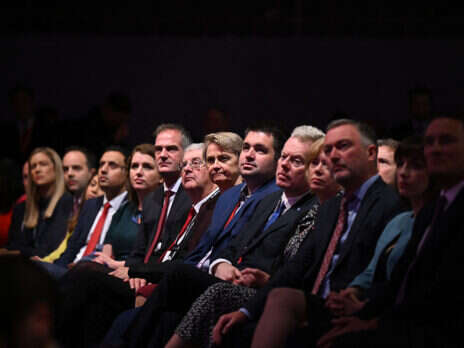 Keir Starmer’s Labour desperately needs to stand for something

Every weekend I haunted the stalls under the arches at Charing Cross, or the Bloomsbury postcard fair, and left bids with various auction houses, from Sotheby’s down to blokes in back rooms.

I tried to collect Scotland-England programmes, as these matches had been such a part of my childhood, when I was glued to the radio, willing Scotland to win. I got back as far as 1927. I went after Spurs items, my London team since 1960, when we moved here. My oldest Spurs programme is from 1910; I have another from 1891, a game between Walsall Town Swifts and Bootle.

I ended up with 2,000 items of football memorabilia – though football was just one of my 20 collections. Another is the autographs of all prime ministers, going back to Robert Walpole. When my wife died last year, I decided to sell our Lakeland house, and I just had no space down here in London to accommodate them. A lot of the items I have given away – such as a valuable Wordsworth book to Dove Cottage and five Beatrix Potter letters to the Armitt Library in Ambleside.

My Spurs stuff I have offered to Spurs for their museum in their new stadium. The woman creating the museum has been to see what I have, but they’ve not yet decided what they want.

The stuff being sold on 15 and 16 May by Graham Budd Auctions, at Sotheby’s New Bond Street, includes general football programmes – items that aren’t unique and that lots of collectors must have, but a lot more will want, so I hopes.

I won’t be going. Can’t face it. The thought of items I paid £500 for going for half of that would depress me. I used to write in code in pencil how much I had paid, so my wife never found out how daft I had been, but now I can’t understand the code.

I never bought as an investment. It was all fun. Fun and research. I used to persuade myself I was learning football history, because I only ever bought paper material – ancient programmes, books and magazines with proper content, not stupid things like football shirts.

Collectors are, of course, unbalanced. They con themselves about their true motives. It’s a displacement activity: something is lacking in their lives; they develop completion complexes, desperate to track down and own, to acquire and gloat. Then they shove it all in a drawer and never look at it again. Which is what I mostly did.

I used to tell myself that when I’m old and out of work I will sit and amuse myself by looking at my treasures. I now am old, but just don’t have time – or the space in this house.

This article appears in the 10 May 2017 issue of the New Statesman, Why the Tories keep winning