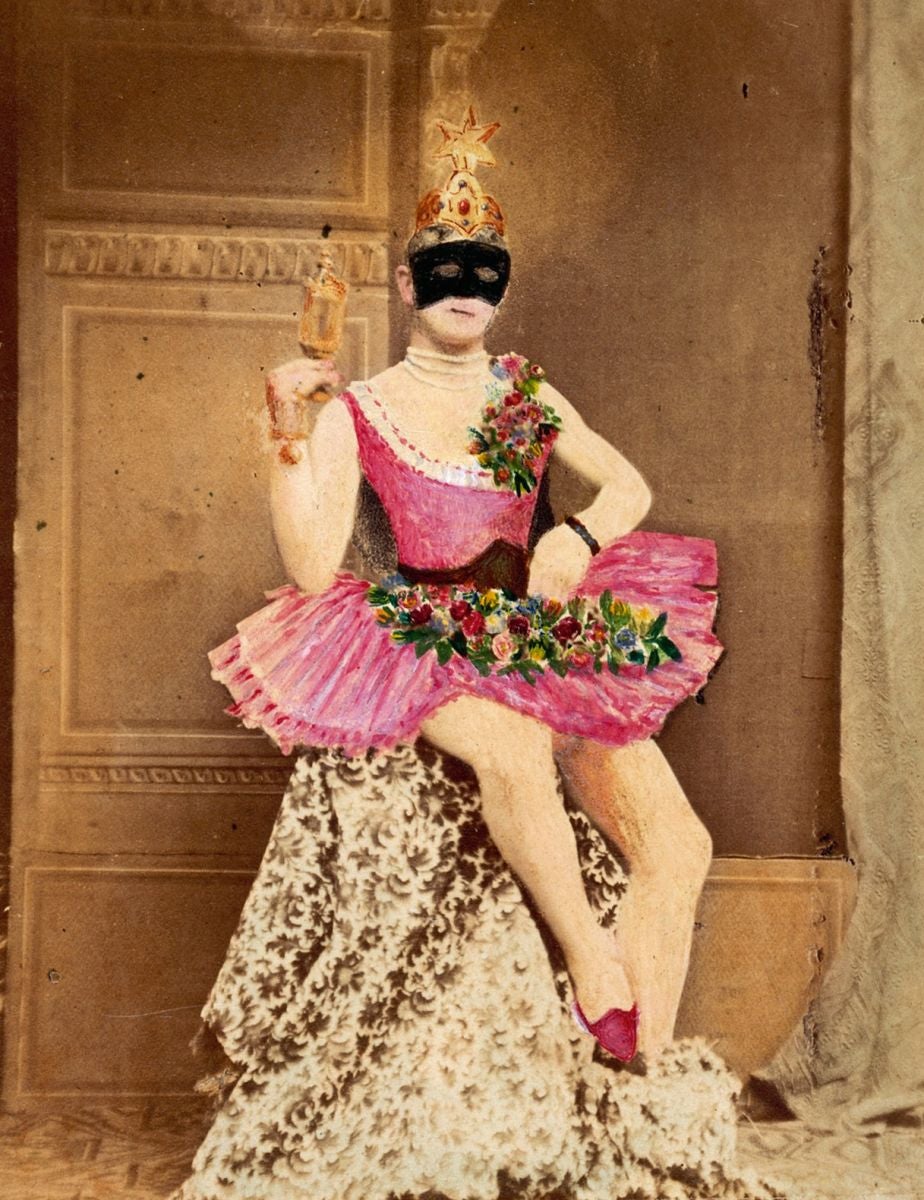 The Wellcome Collection’s latest show begins sensationally – but not in the way one might expect. “The Institute of Sexology” is the first exhibition in a £17.5m expansion of the collection and occupies a new gallery dedicated to year-long shows. To the 21st-century ear, the title has something of a snigger about it and you might head to Euston thinking you’ll find a gallery draped in velvet, in boudoir purples and pinks. But it is decked out in sober, neutral greys; what drapery there is gives the place the studious feel of an airy library. And the sensation that opens the show is evoked by destruction: the burning of Magnus Hirschfeld’s library by the Nazis in May 1933.

Hitler had been in power for just three months when rioters, with the blessing of the new government, broke into the Insti­tut für Sexualwissenschaft, which had been founded by Hirschfeld, a physician and sexologist in Berlin during the liberal years of the Weimar Republic. It was a unique collection of books, documents, photographs and objects. Hirschfeld was a pioneer in the campaign to end discrimination against homosexuals; it was a place that promoted scientific knowledge as a way to further the quest for justice, particularly with regard to the treatment of sexual minorities. On one wall of the opening section of this exhibition is a screen showing footage of the pyre on which years of his work were destroyed. Hirschfeld, who was both gay and Jewish, had escaped to France. He saw the film in a newsreel and said that watching it was like witnessing his own funeral.

It is immediately evident that there is no sniggering to be done here. Consciously echoing Hirschfeld’s institute, this is the first UK exhibition to bring together the advance guard in the study of sex, from Havelock Ellis to Margaret Mead, from Sigmund Freud to William Masters and Virginia Johnson, from Marie Stopes to Wilhelm Reich. What strikes the visitor most powerfully is the risks these men and women took, personally and professionally, to investigate an impulse that – frankly – drives us all and to which we owe our existence.

The exhibition is divided into sections. In “the Library”, Hirschfeld’s work is joined by that of Richard von Krafft-Ebing and Havelock Ellis, who in their different ways further investigated ideas of sexual “deviance”. But items here from the Wellcome’s own collection reveal that 19th- and early-20th-century western attitudes to sex were not necessarily representative of attitudes in other times and places.

In “the Consulting Room”, we meet Freud, Marie Stopes and Jean-Martin Charcot, the 19th-century Frenchman who is often called the father of neurology. A sequence of his photographs of a shrieking woman, taken in 1890, labelled Bâillements hystériques (or “hysterical yawns”), reflects the perception of “hysteria” as “a female disease”. Freud’s work, his invention of psychoanalysis, created a space where intimate subjects could be brought out into the open, as they were even more so, most vigorously by Marie Stopes, a pioneer of family planning. 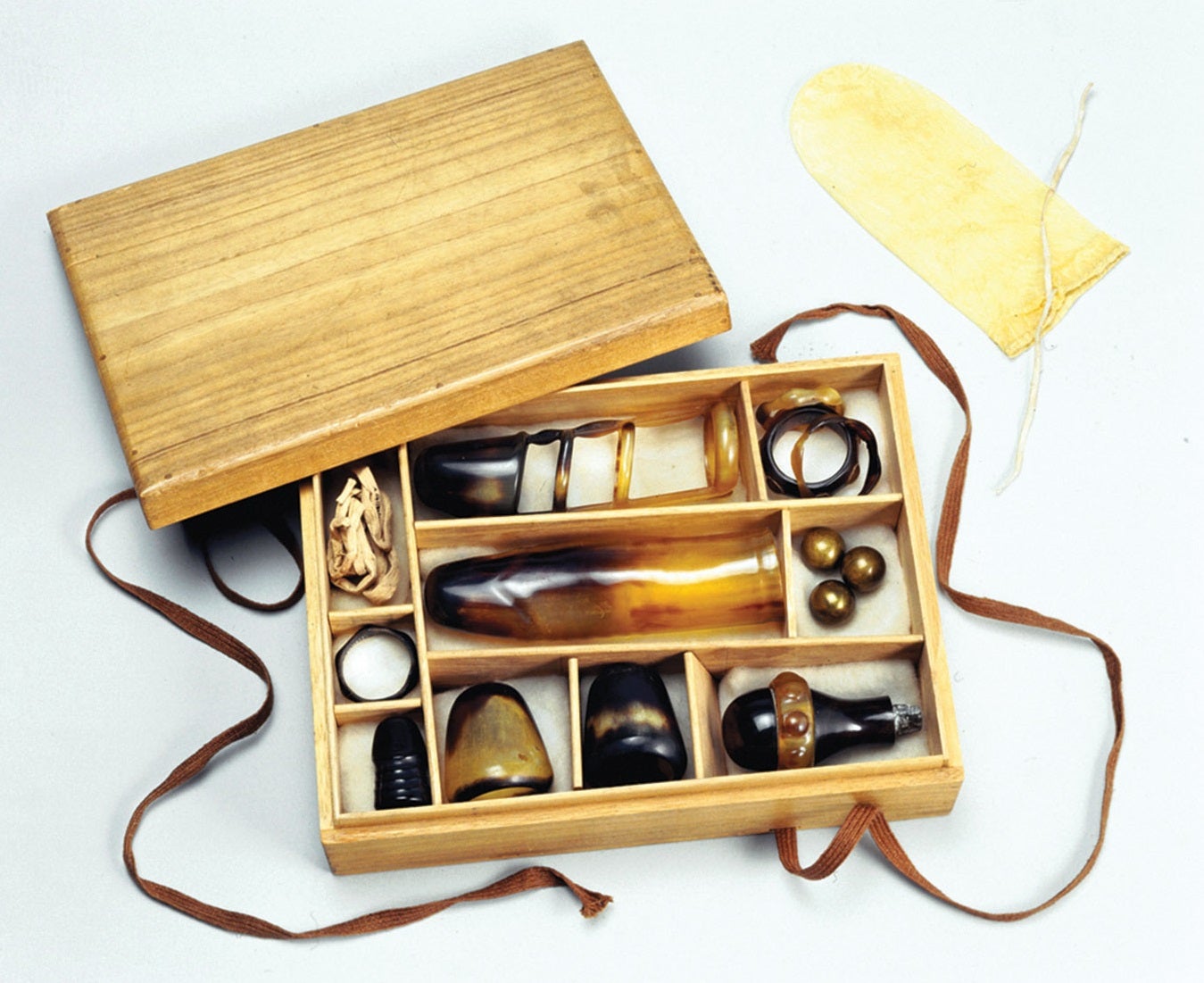 A jolly poster takes off from the rhyme “Oranges and Lemons”: “I can tell you today,/Hear our Saint Marie say:/When the People will breed/No more mouths than they feed.” Not everyone approved. There are a few of the thousands of letters Stopes received on show; while many are grateful for her openness, not all of them are. One reads: “Go back to your own country and preach your dirty methods there.”

What the writer of that letter would have made of Wilhelm Reich is anyone’s guess. Reich, an Austrian psychoanalyst, became a countercultural hero for his championing of sexual permissiveness and the exhibition displays his “orgone accumulator” – the reflectively lined box that Reich believed generated vital libidinous energy in those who sat in it. Up close, it is hard to believe that the box (which looks like a home-made cross between an outhouse and a camping oven) could produce any sort of energy, other than the DIY kind necessary to construct it. Just opposite, there’s a pleasing clip from the Woody Allen film Sleeper (1973), with its “Orgasmatron”, an amusing rip-off of Reich’s device. (This is a show with some flashes of humour, for all its serious intent.)

“The Classroom” introduces Alfred Kinsey; “the Lab” Virginia Masters and William Johnson, who have lately found renewed fame thanks to the Showtime series Masters of Sex, starring Lizzy Caplan and Michael Sheen. Kinsey (who got his own movie a decade ago starring Liam Neeson) started with the study of gall wasps before moving to human sexuality; his plans for a lab to explore that subject never materialised but during his lifetime he collected over 18,000 sexual histories. In the 1950s, William Dellenback took photographs of some of Kinsey’s subjects – or rather of their sexual organs, sometimes held open by the men and women being photographed for better display. There is something peculiarly striking in the way a woman’s manicure or her wedding ring reveals the era – not the 1950s we think we know. It was Masters and Johnson who first established a lab: if you’ve ever wondered what a penile strain gauge or a vaginal photoplethysmograph looks like, you will discover the answer here.

But “the Home” is where most people experience sex (even though, after seeing this exhibition, one hesitates to generalise). Among the most striking displays in this show are the original drawings done by Chris Foss for Alex Comfort’s Joy of Sex, first published in 1972. The images – of those resplendently unwaxed and unshaven 1970s lovers, Foss’s fellow artist Charles Raymond and his wife, Edeltraud – are iconic now but I was not prepared for the loveliness of the draft drawings, their delicate lines on heavy, ochre paper. They have never been exhibited before. As Comfort noted bluntly, commercial pornography was “not much help with sex practice for real lovers”, something that is as true now as it was then, or perhaps even truer. Alongside Foss’s drawings are Timothy Archibald’s bold, large-format colour photographs from a series entitled Sex Machines: Photographs and Interviews. Here is American ingenuity as you may never have thought of it before; what looks like a workbench actually has a dildo at one end. Three cheers for the pioneer spirit. 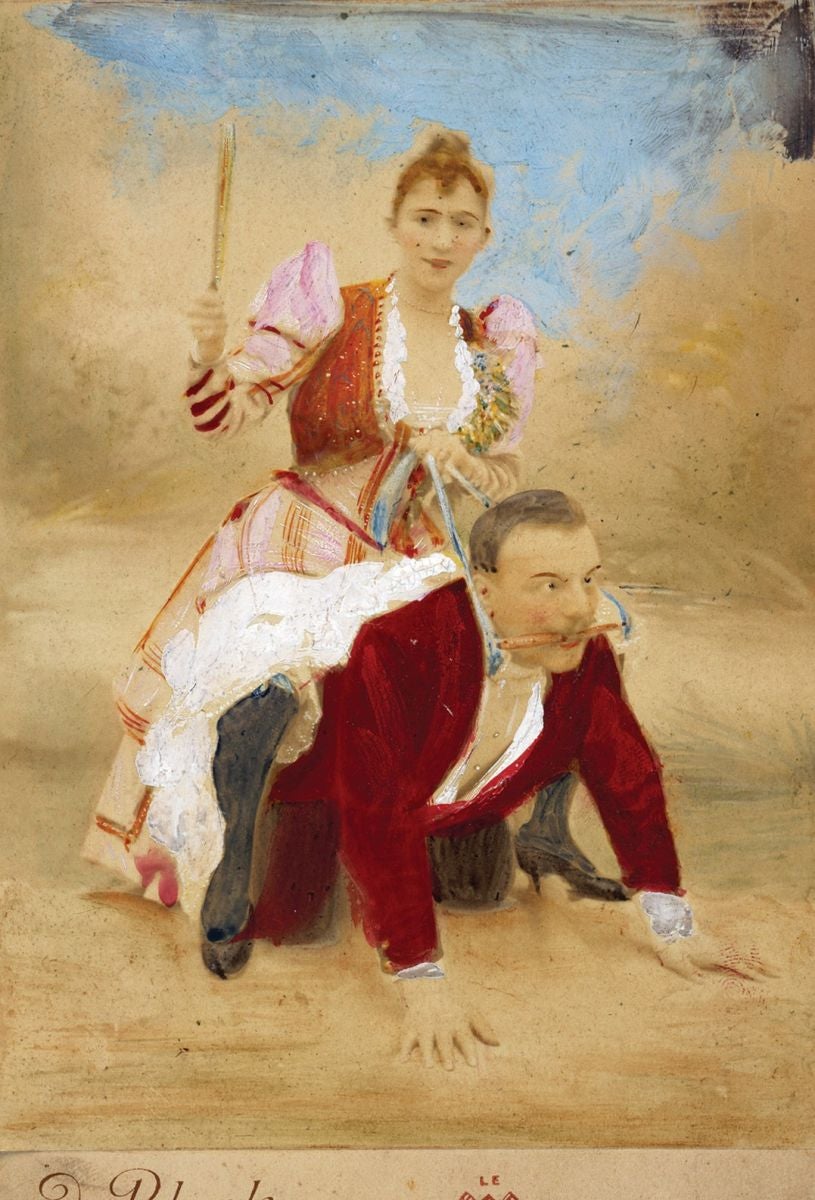 That’s the spirit required to do such work, as the show constantly demonstrates. The curators, Honor Beddard and Kate Forde, stress that the exhibition is intended to start a debate about the sex research that still takes place. The controversy that such research can cause is still apparent, as when Margaret Thatcher’s government, in 1989, pulled the funding from the National Survey of Sexual Attitudes and Lifestyles, instigated by Anne Johnson, a specialist in the epidemiology and prevention of sexually transmitted infections. “Thatcher halts survey on sex”, announced the headline in the Sunday Times, displayed here along with a story from the Sunday Telegraph about the “lady authors” of this scandalous survey. The piece puts great emphasis not on the women’s work but on their appearance, noting, for instance, Julia Field’s “iron-grey hair and spectacles”.

On 18 November, Public Health England published the statistics for HIV figures in the UK. Rates of infection are continuing to rise: there are now nearly 110,000 people living with HIV in the UK. Roughly a quarter (26,100) are unaware of their infection – and therefore are at risk of passing on the virus to others through unprotected sex. It is proof, if proof were needed, of just how important it is to pursue open and honest conversations about sex and sexuality.

The exhibition closes with a shelf filled with books, all titles written by the subjects of the exhibition in the course of a century and a half. Every volume has been covered with a plain white wrapper, as if to hide the contents – but this is only an echo of shame, as each has its title printed on that wrapper in clear black ink. Clarity and openness have always distinguished the work of the Wellcome Trust; this show is an eye-catching and yet suitably serious way to relaunch the expansion of the Wellcome Collection, which will come to full fruition early next year when all of its public spaces reopen. Alan Gregg, an officer of the Rockefeller Foundation, which helped fund Alfred Kinsey’s work, wished Kinsey to have “the freedom to observe, to reflect, to experiment and to bear witness”. We are lucky to have this fine exhibition, which celebrates that freedom.