As ITV’s dramatic dinner gong-based soap is back for its fifth series, the makers have sent out some promotional images to advertise the exciting return of some of our old favourite dinner gong-adherents.

But behind the Earl of Grantham and Lady Edith Crawley in this paint-by-numbers 1920s snapshot – the new series is set in 1924 – is something that would baffle even the most worldly underbutler. 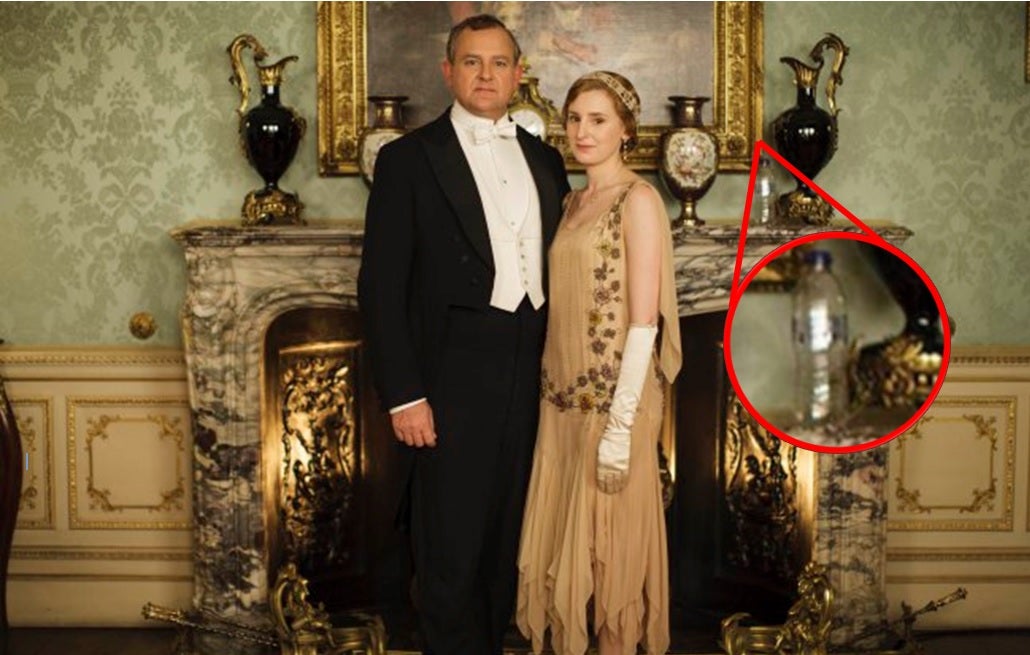 As Metro meekly points out, plastic wasn’t created until the mid-20th century, so it’s on balance unlikely that even the Crawleys would own a screw-top plastic water bottle. And even if they did, I doubt they’d display it on their mantelpiece, what with all those ornate sumptuous jugs they have to show off.

How the super-rich live

Don’t listen to the climate doomists