Oh dear. Usually a benign, if eccentric, character, Tory (or “is it a wig?!” as opposition MPs love to quip) MP Michael Fabricant –  he of suspiciously golden locks –  has tweeted very aggressively about Independent columnist, journalist and author Yasmin Alibhai-Brown.

Quite ill-advised threatening behaviour from an MP, although he did used to be a whip…

PS. Here’s a screengrab in case he deletes the tweet: 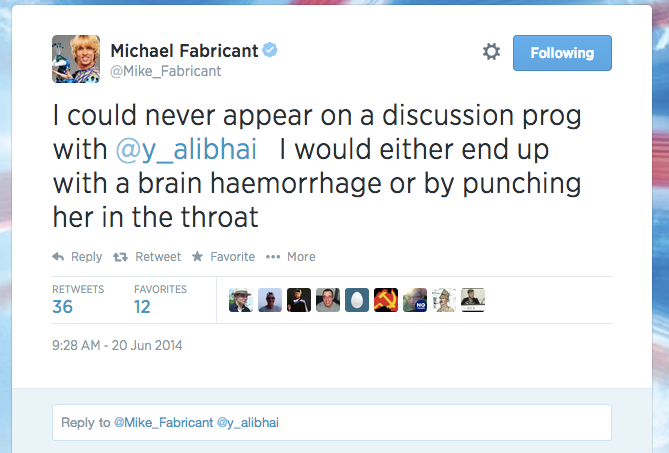 So just for the avoidance of any doubt: I am v sorry for tweet. It was wrong to joke abt punching + I completely withdraw and apologise.

Here’s the video, courtesy of Channel 4, of the debate between Rod Liddle and Yasmin Alibhai-Brown that Fabricant was so annoyed by: