The recent criticism of Ubisoft for its inexplicable claim that including a female playable character in Assassin’s Creed Unity would be just too hard, and the meticulous work of Anita Sarkeesian in her Tropes vs Women in Video Games YouTube series, are both part of the increasing and overdue trend of not letting games get away with this bullshit anymore. Repeatedly, I find myself having conversations with women who have worked in and around games, which go something like this: “How could we not notice that this was going on?” (And not just women: Eurogamer editor Tom Bramwell’s considered and extensive mea culpa, “I am a Sexist”, is thoroughly worth reading.) But although I and my female peers had successfully blinded ourselves to the manifest misogyny that infiltrated videogames themselves – the three-foot purple dildo in the room, if you will – we were always fully aware of the fact that, as women, we would be subject to direct and sexualised harassment from men who play games.

Around a table with three other women who play and work with games at the weekend, the same experiences were related again and again. One explained that she uses a gender-neutral gamertag now to evade the barrage of rape threats she suffered while playing Day Z (including another player saying he would “do her with a baseball bat”), and never lets apparently friendly fellow players make contact through other channels because of previous experience of harassment. Another said, simply, that she doesn’t play online any more: the threats were too many and too draining. A third friend, who makes YouTube videos, has recently blogged about the wearying volume of degrading innuendo and pornographic “fan” “art” that she has to negotiate in order to do her job. And me? I’ve written about a lot of sensitive subjects, but the most reliable way to attract hate mail is still to criticise a game.

I don’t think this is just some freakish coincidence, the rogue collision of two completely different types of misogyny. Videogames tell a story about what women are for and how they can be treated, then gamers enact what they’ve learned upon any actual real-life women who wander trustingly into that realm. Sarkeesian’s most recent video in the Tropes vs Women series is about Women as Background Decoration – specifically, what Sarkeesian describes as “non-playable sex objects”, which she defines as “a decorative virtual sex class who exist to serve a straight male desire”. Whatever the setting of the game, these non-playable characters (NPCs, meaning a character who is not controlled by the player but is instead programmed to perform certain fixed behaviours and respond in set ways to particular interactions) have a remarkable consistency of presentation: they are hos or courtesans or lap dancers or burlesque dancers or residents of space brothels. 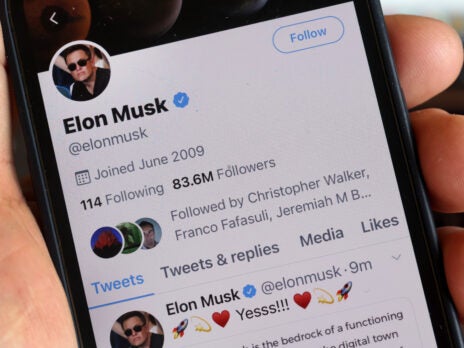 In games, the male hero can go to any imaginable  place and perform implausible feats, yet developer imagination rarely stretches further than this vision of women as something to be exploited and, when you’re finished with them, obliterated. One cause of this is probably that, even among the most ambitious games, the only ways devised for players to interact with the world are “looking” and “killing”. But that can’t be an excuse: videogames have offered interesting female supporting characters (the Uncharted games), intriguing female leads (Beyond) and even very occasional aberrations of storytelling such as the indie game Gone Home, which bucks not only the lowest tendencies of games but also bests practically the entire entertainment industry with a Riot Grrrl-inspired story of affection between women told from a female protagonist’s point of view.

Beyond those exceptions, however, a vast proportion of the female population of videogames has been designed to be sexy, and designed to be beaten: when these characters were programmed, that’s what they were programmed to be used for. The player might choose not to perform these actions – or the player might perform them once from curiosity, and never again – but it doesn’t change the fact that the game intended for a certain female NPC to be leered at (Hitman Absolution) or crotch stomped (The Godfather) or trafficked from pimp to pimp (Saints Row), and by refusing to do any of these things, the player is denying themself a part of the world they’ve invested in. Or as Sarkeesian says: “A toaster is still a toaster, whether or not you make toast with it. It’s still designed for the purpose of toasting bread . . . Likewise, a sex object is still a sex object, whether or not you choose to use and abuse her.”

Interestingly, as well as the predictable attacks from angry fanboys, Sarkeesian has also been condemned by some supporters of the sex industry for using the term “prostituted women” and for failing to acknowledge the “agency” of sex workers – as though it were in any sense meaningful to describe NPCs as possessing “agency” when they are, by their very nature, designed to have none. When Sarkeesian criticises the “non-playable sex object”, she’s criticising a male fantasy of a fantasy – an image of the sexualised women as existing only for the benefit of the (presumed male) player, which is further filtered through the instrumentalist grammar of videogames. The problem is not that Sarkeesian has described the violent imagination of men, or with the words she has used to do so: the problem is that, when men imagine women as a resource on which they can take out a single-use licence, the step from there to dehumanisation and abuse is very short indeed.

When Simone de Beauvoir wrote about “the prostitute” in The Second Sex, she imagined prostitution as a sort of municipal structure with a cleansing purpose that protected those women designated as “good” (essentially, bourgeois wives) from the lust and violence that was considered lamentable but inevitable in men. She writes: “Sewers are necessary to guarantee the wholesomeness of palaces, according to the Fathers of the Church. And it has often been remarked that the necessity exists of sacrificing one part of the female sex in order to save the other and prevent worse troubles . . . The prostitute is a scapegoat; man vents his turpitude upon her, and he rejects her.” This is not in any sense an argument for prostitution: purchasing one group of women’s safety at the cost of condoning violence against another group would be an intolerable bargain. Yet, using a similar logic to different ends, pro-sex-work writers such as Melissa Gira Grant and Laura Agustin have claimed that feminists who oppose prostitution are tacitly benefiting from defining themselves in distinction to women who sell sex.

The severe violence and stigma inflicted on women in the realm of commercialised sex suggests that de Beauvoir’s observation is true: that many see sex workers as being somehow worth less than “virtuous women” – as less than human. But the experience of videogames says it’s only partly true. If having a group of women reserved for objectification and exploitation – in the case of games, a virtual one – really provided a catharsis for male brutality, you might expect the not-virtual-women involved in games to occupy a veritable palace of wholesome good conduct from their male fellow-players. All the rage and lust would be vented on the “bad” women, leaving the rest free from abuse. That isn’t how it works. Once any group of women is objectified on the grounds of sex, all of us are exposed to the same objectification.

Videogames can be looked at as an experiment in what happens when men devise whole worlds in which women exist to be done rather than to do. The result is that women are systematically and aggressively pushed out. It’s only when you finally pay attention to the comedy penis-shaped weapon lurking in the background that you realise there’s been something very wrong all along.