The final count was 115, plus the ENB to spruce up the visuals and the SKSE to enable the more complex scripts, bringing the total to a nice round 117 mods. Somehow they all work together, until they don’t and the game crashes, but for the moment this build is stable enough. A unique Skyrim build; constructed over many hours of equal parts grabbing fistfuls of freely-available player generated content from the internet and careful testing to make it all work properly. A library of everything from high resolution texture packs and town overhauls to new weather patterns and game mechanics for hypothermia, new species of butterflies, moths and songbirds, to new islands and an array of massive hungry fish. The list keeps growing.

While many PC games maintain modding communities and most PC games can be modified in some way, nothing has ever really come close to the torrent of player-made content that has been blasting from the Skyrim community like a broken fire hydrant these last two years.

Skyrim remains sixth on the most active games by player numbers list on Steam, which is a spectacular achievement for a two-year-old single player game. The nearest single player only game to it on the list is Fallout: New Vegas which, like Skyrim, can also be modified. It is notable that because Skyrim is a single player game that doesn’t demand an internet connection. It is unknown how many more people play either outside of Steam or with Steam offline; what the Steam data provides is a bare minimum player count.

It is impossible to know exactly how many Skyrim players have modded the game, however looking at the Pure Waters mod on the Steam Workshop for example, as it is one of the highest rated files there, that has nearly 450,000 subscribers. Again, that’s a bare minimum number, all we can say is that 450,000 users run that one mod from that one source. As bare minimums go it is a very substantial number. While modding games may once have been a niche, in the case of Skyrim it is looking more like a fjord. Pure Waters may seem like an odd example, but the reason a mod like that will have more subscribers than, for example, a new island or an epic suit of armour, is its simplicity. A little mod that makes the water look better? There is nothing not to like about it. 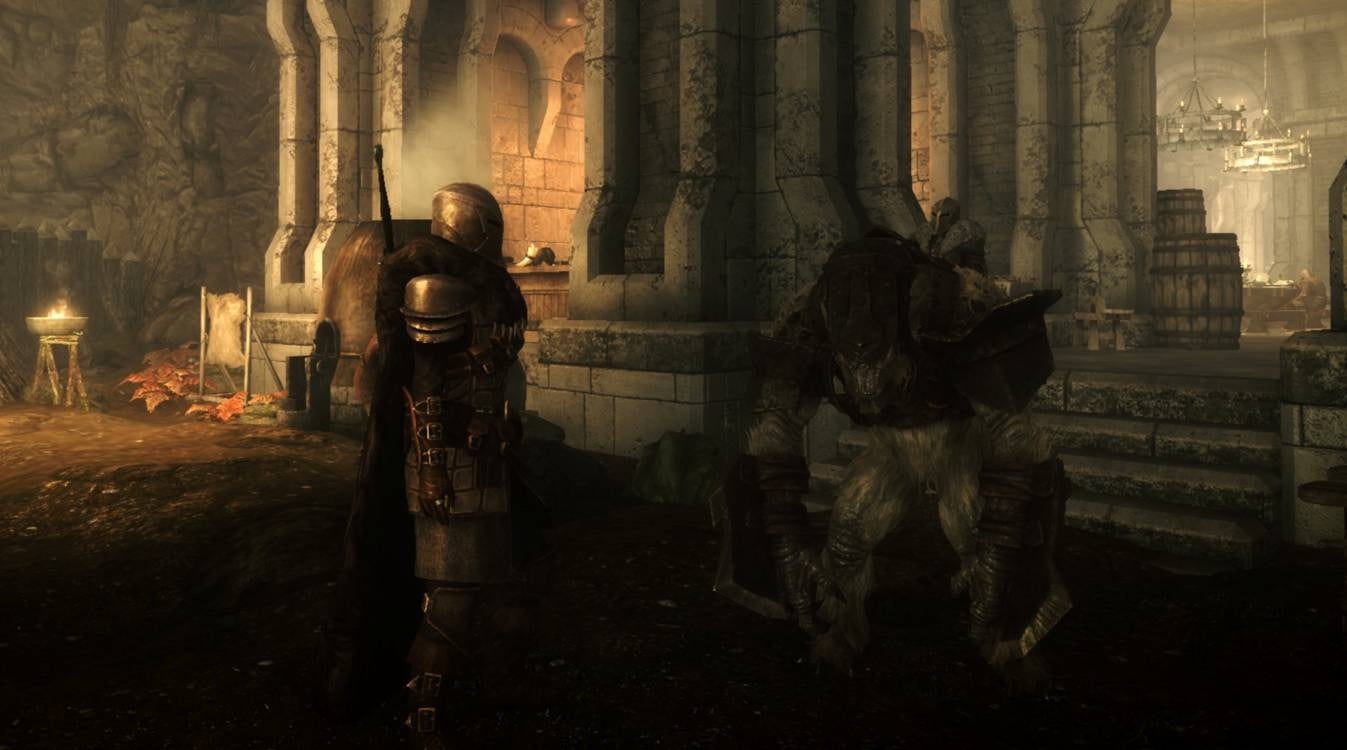 The popularity of modifications for a game like Skyrim helps to explain why so many people have turned to building modifications for the game rather than just playing it. We live in an age where intelligent, technical and creative people are all around us and many, for any number of reasons, are not finding an outlet and appreciation for those skills through their jobs, if they even have one. Building game mods is not just good clean creative fun but there is also a social element to it as teams form and projects are organised. Plus sharing your work provides an opportunity to hone and show off your skills. Writers, designers, coders, actors, they can all find something to contribute. Behind the colossal catalogue of Skyrim mods is an entire army of skilled individuals working to make nice things for other people without looking to make any money off them. That’s kind of a beautiful thing amid the Monetise All The Things world of modern media.

For some modders, such as Alexander Velicky, the creator of Falskaar, the rewards are more tangible. His work on the Falskaar mod helped to land him a job as an associate designer at Bungie. This is not a random act of charity from Bungie either as there are few better ways to show that you can walk the walk in games development than modding and Falskaar is an incredible piece of work. As a showcase for a person’s games design talents a successful, high-profile Skyrim mod can serve as a very good platform.

In many ways Skyrim is a perfect storm for a modding community. Skyrim is one of the easiest games to work with both for people making mods and for players putting them into the game. Also, as a follow up to Oblivion and Morrowind, the fan base and experience with modifications was already there waiting for the new game. Lastly, the arrival of the Nexus websites and their accompanying mod manager software along with the Steam Workshop meant that the infrastructure was there for players to get the mods they wanted easily as well as the updates that these mods would inevitably need. Manually installing and uninstalling modifications on the sort of scale now possible with these new systems, let alone keeping them up to date, would be absolutely impossible.

The Skyrim Nexus website carries approximately 30,000 mods, the Steam Workshop carries about 20,000, with some crossover naturally but these are just the two most obvious sources. The common trend to Skyrim mods also is that unlike many mod projects that serve to stand on their own and modify a game completely, mods for Skyrim have usually been more tightly focused, allowing many to be used at once without crossing wires. The bigger mods will tend to be set on new land masses so that a creator has control of everything and can keep everything neat and contained. Mods that play well with others are mods that people will hang onto.

So what can be done with Skyrim? Well the first thing most players will want to do is fight an army of Spiderman-skinned crabs while a squadron of flying Thomas The Tank Engines rain trucks down from on high, obviously. 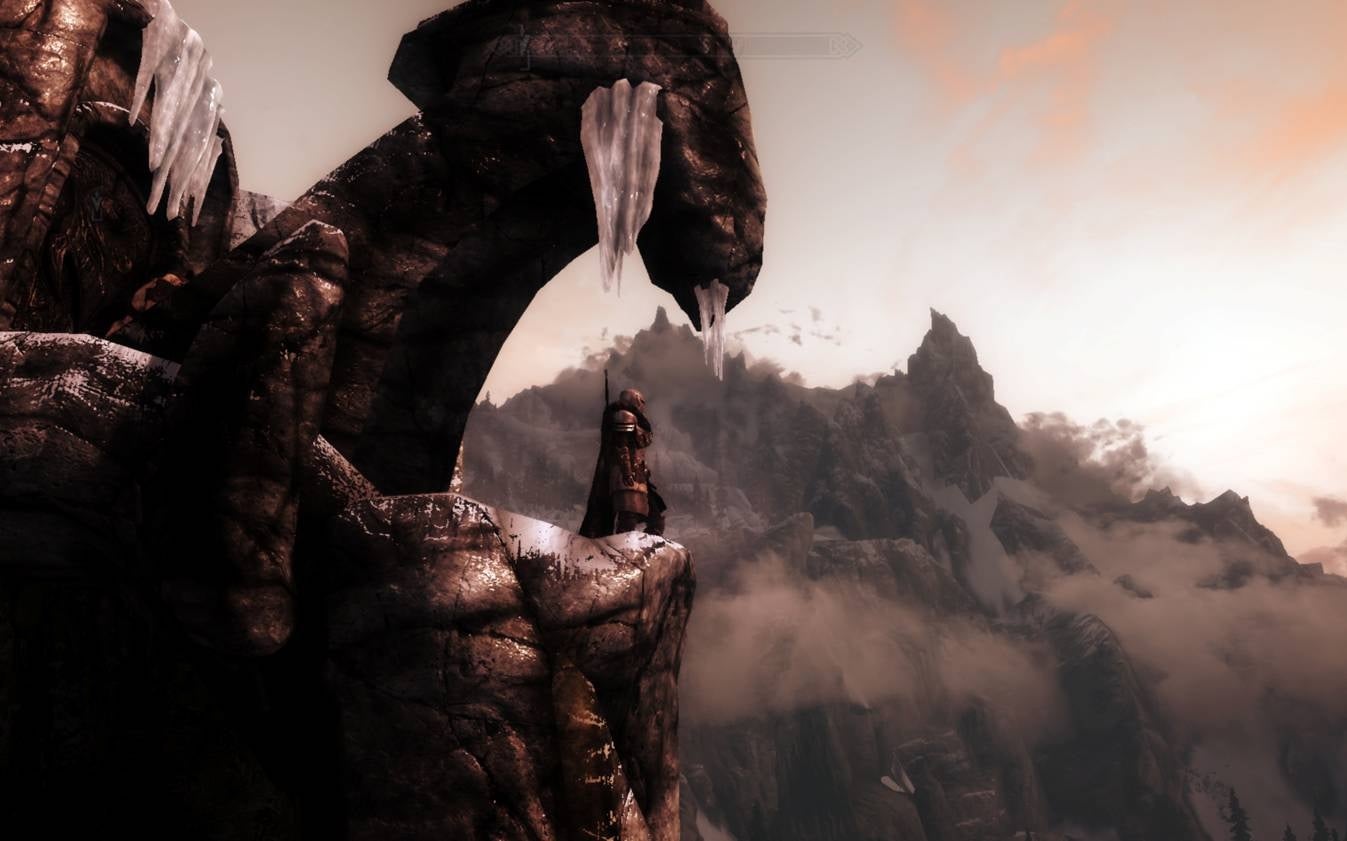 Past that, the usual plan for any mod build of Skyrim is to turn Skyrim into your own perfect version of the game. Alas some of the core weaknesses of the game engine are effectively insurmountable, so we will never see the games combat improved to a par with The Witcher 2 or Dark Souls, or the complexity of the levelling and inventory systems from the older games in the series. This does not mean that the game can only be modified on a superficial level, though, nor does it mean that the game cannot be made challenging.

There are many guides to how to mod Skyrim and the process is not remotely difficult to start with. At a basic level you can simply install Skyrim on Steam, go to the Workshop and subscribe to a big pile of mods, as simply as that you have modded Skyrim. Taking things to the next level is perhaps best done using the Nexus Mod Manager and looking for tutorials on that.

Some rules of thumb that have served me well modding Skyrim and its predecessors over the years are firstly to try to avoid overlaps as much as possible, and secondly to avoid potentially unhappy combinations.

When mods overlap the results can be unpredictable, but in bad cases the game will crash a lot, if it even starts at all. Even a best case scenario means that one of your mods will be redundant. What an overlap means is having two mods that are tinkering with the same aspect of the game. So if I have two mods that influence the crafting system that could be trouble. You can mitigate problems with overlapping mods by changing the order that the mods are loaded by the game, mods later in the list will overwrite those before, however this is no guarantee of success. The safest route is to pick a mod that you like to cover a specific area of the game mechanics and forsake all others.

Unhappy mod combinations are the things that look good and work well one at a time but cause havoc when they are together. For example maybe you’ve got a mod that adds lots of new NPCs and monsters to the world, but you’ve also got a mod that makes all the texture resolutions much higher. This is going to increase the performance demands of the game exponentially. Or perhaps you have a mod that makes dragons more powerful and you’ve also got a mod that changes the dragon AI to make them smarter. Either mod on its own might improve the challenge of the game to a welcome extent, but pair the two together and suddenly your dragons become self-aware, hijack your computer and start writing Game of Thrones/Hobbit dragon slash fiction. 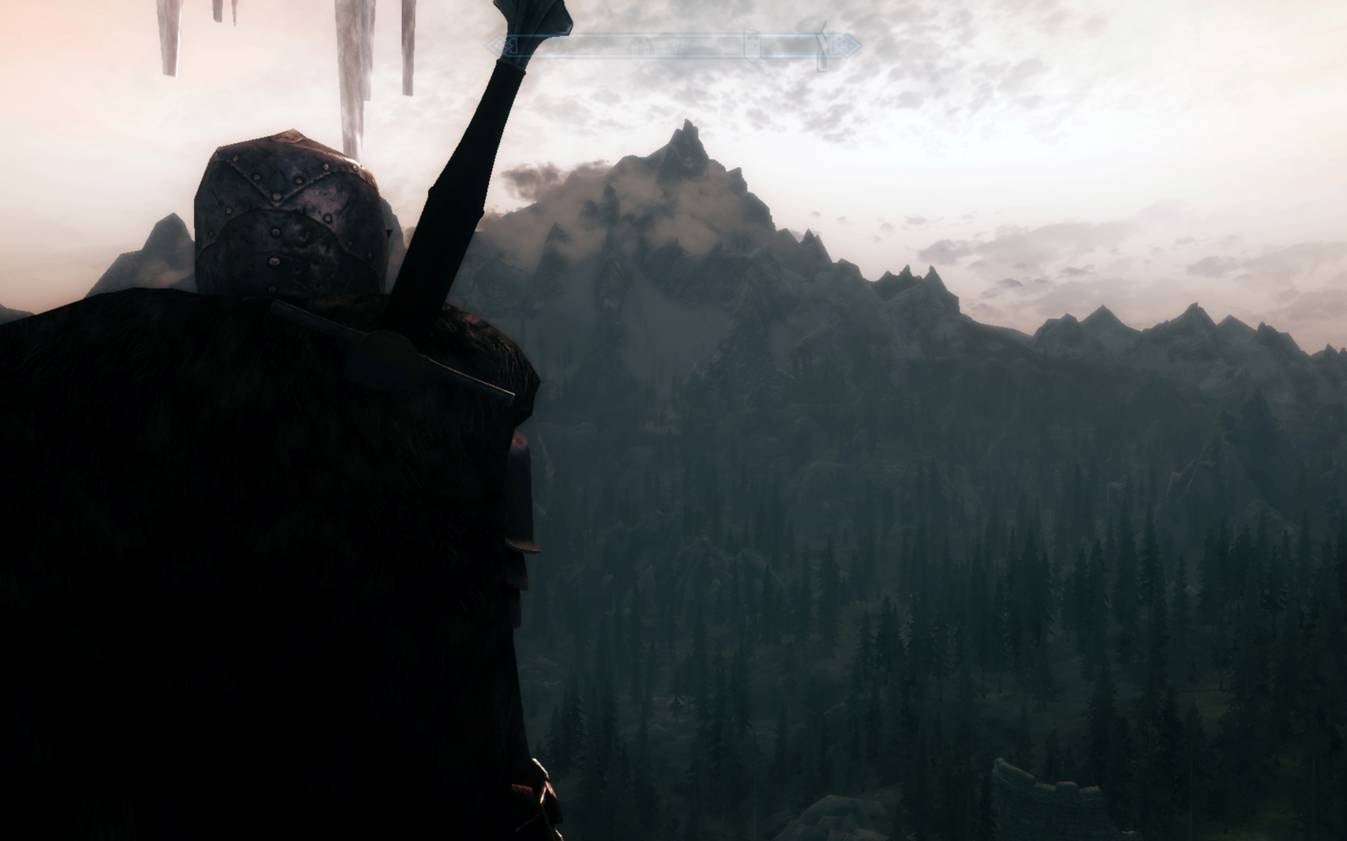 Skyrim owes much, arguably most, of its continued popularity on the PC to the modding community, but this is not an accident and it is not something that Bethesda happens to have by chance. As a developer Bethesda has always encouraged modding by making their games easy to modify and by releasing tools with which to modify them. Mistakes have been made in the past – the horse armour DLC for Oblivion springs to mind – but lessons were learned. This shows a level of respect for the player base that we don’t so much see now, especially not among multiplatform or AAA titles, where the modifications to PC games can so easily put console versions in the shade. Many developers actively discourage modifications, through making games that are deliberately difficult to mod or that try to remove any modifications that have been made to them. XCOM: Enemy Unknown for example needs to be told to stop trying to phone home if you want to monkey around with its files or it resets itself on start up.

Such a defensive attitude from developers is foolish because a modding community is actually a very good thing for a developer to nurture for its games. In simple terms modifications improve the lifespan of the game for the players meaning that players are having more fun with a product for little or no extra work on the part of the developer. This ought to be a win-win, particularly when it becomes time to decide what game to buy next and yet still many developers still seem reluctant to let people loose on their creations.

With the flow of Skyrim mods continuing and some of the bigger projects nearing completion there will be plenty to keep fans of the game busy for the foreseeable future. Which is just as well since we are not due another proper Elder Scrolls game for about another two years. Yes, I know what you’re thinking and no, it doesn’t count.