Peer beyond the micro-budgets of Andrew Bujalski’s first three films—Funny Ha Ha (2002) , Mutual Appreciation (2005) and Beeswax (2008)—and you will find a trilogy of comedy-dramas about the vagaries of human intimacy, each good enough to suggest the work of an American Eric Rohmer.

Signs were that Bujalski was gravitating toward Hollywood for his next move: a few years ago, he wrote an adaptation of Benjamin Kunkel’s novel Indecision for the producer Scott Rudin. But now Computer Chess arrives, resolutely idiosyncratic while representing something of a departure in style and subject matter. It concerns the launch in the early 1980s of a computer program capable of beating a human competitor at chess. It’s shot in black-and-white on only those cameras that would have been available in the period in which the film takes place. Consequently it has a visually muffled quality, redolent of archive TV footage, except that it’s shot with the robotic precision of a surveillance camera—at least until desire and vanity (and a lot of cats) start to impinge on the action. I called the 36-year-old Bujalski at his home in Boston to discuss the new film and his career.

The camera is much more of a presence, a character even, in Computer Chess than it was in your earlier films. How did that come to be?

It was the nature of my first three movies that we were aiming to have the heavy lifting of the storytelling done by the performances. So the mission for the technical side, the camera and editing, was… well, of course we wanted to be thorough and rigorous, and do a good job, we weren’t aiming to be sloppy about anything but also we weren’t aiming to call attention to ourselves. The goal wasn’t visibility for the technical work and that meant essentially being tasteful. But given the nature of the story in Computer Chess and what we were trying to do, there was no imperative at all to be tasteful. We could be as absurd as we liked and call as much attention to ourselves as we liked. 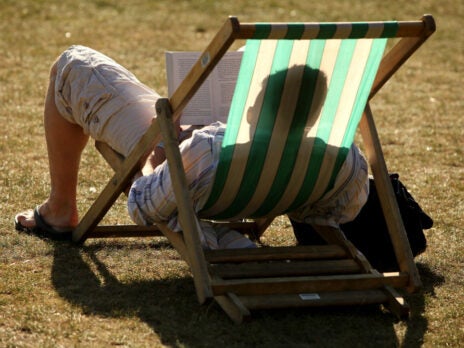 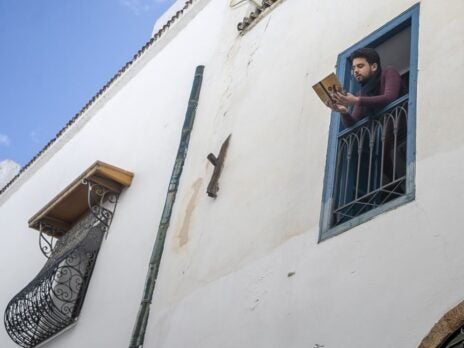 Did that make for a playful set?

I always find production a stressful and miserable time but also I’ve never had more fun creatively than I did making this movie. It felt like a playground every day to show up and have a few dozen collaborators waiting around ready to think of creative and ridiculous ideas to throw at the wall and just see what happens. Though the style seems to have confused some people. On the formal level of perspective, I’ve been surprised how many descriptions I’ve read of the movie as a mockumentary. We start and end on that foot but to my mind the movie goes very far from that very quickly. One of the fun games with Computer Chess was about showing cameras on screen—once you do that, you’re starting to ask questions like ‘Who’s watching this?’ and ‘Whose eyes are we looking through?’

Do you feel any kinship with the characters in the film who are pioneering this computer chess program?

Sure, it’s like any endeavour: you see the mountain and you have to climb it. It’s very much like filmmaking in that respect. There’s no great call for any more independent films right now but I feel I have to go out there and do it for the sake of conquering something in myself. It’s the same kind of mission for those guys. It’s a spiritual quest.

Why do you keep going? Are you trying to get something “right”?

You’re always trying to prove something to yourself. It’s about setting out challenges to respond to. The internal ones are all about, ‘Can I do this? Can I make this work?’ There’s no solid measurement. With computer chess at least you know if your program is winning or losing. It’s always harder to read when it comes to art in general; it’s hard to know if you’ve succeeded or not. You’re always wondering. You never know. I think I’m blessed at least with the ability to like my films. I know not everybody temperamentally has that. Though when it’s time to get depressed, I can get depressed

Did you feel like you’d taken the form of your first three films as far as that could go?

Maybe. I can certainly put it in that perspective and see it that way. I don’t know I have to see it that way. Although the same contrarian streak that led to Computer Chess led me in some way to my previous film, Beeswax. I know after I’d made my first two movies, there was plenty of pressure in the world saying, ‘Don’t go out and make another small character-based movie, go for something big’. To the extent that I’m engaged in a quote-unquote “career”, that was good career advice. So some part of me wanted to prove with Beeswax that, no, I hadn’t run this thing out! Not that I think Beeswax is the same as the first two films. For me every movie is a new problem to be cracked. Nonetheless I recognised there were things in it that were carrying over that I didn’t feel I was done with. My life has changed quite a bit since I made Beeswax. I’m married, I have a son, I have a mortgage, and that put pressure on me to prioritise my career. That pressure grows and grows.

But Computer Chess doesn’t feel like an attempt to be more commercial.

No. And that’s kind of funny. It’s in my temperament and nature that I keep looking for an opportunity to do something commercially disastrous. That’s always what I want to do, and where I find my great joy. I’m trying to deprogram myself now. But to me it’s where the real artistic opportunities lie. If you look at what you can get away with commercially, and still make something interesting and exciting, you’re facing very long odds and very destructive forces. Once you remove sustainability and just think ‘What would be fun to do?’ then so much more seems to open up.

How did Computer Chess possibly come out of the pressure you spoke about?

It was a quirk of fate. In early 2011 I was trying to get financing together for a more conventional and expensive script I’d written about teenagers and adults and the clash of those worlds. I’d still love to make that movie but we were unable to pull together the money; it seemed just a little too ambitious, so I very quickly decided to turn on a dime. I had this 8-page treatment for Computer Chess. I knew I was leaping off that cliff again. I knew this wouldn’t be the film that would help pay my mortgage or buy shoes for my son, but I thought maybe I could do this one last time. I feel like I’m always telling myself: one last time.

It reminds me of the ageing cop in some buddy movie: “I’m getting too old for this shit!”

I am getting too old for this shit! Absolutely. But it’s like an addiction. Even now I’m trying to do something responsible and careerist, I find my mind goes off into this fantasy world and I start thinking: ‘What can I make that’s not commercially viable?’ I felt like I was too old for this shit when I was 24. I never got that adrenalin rush from being on set. Every time I shoot a movie I think I can’t do it any more. But it’s like pregnancy. Once the kid is out there and grows up a little you say, ‘I need another one.’

The word was that you’d defected to Hollywood.

I had two studio gigs, one with Paramount, the other at Miramax. Neither of those went anywhere. I would love to get more work like that. The screenwriting game seemed to tighten up in the years I was getting near to it. For a long time that was my fantasy, my ideal, and I almost pulled it off for a few years. I thought I could make a living that way, you know, follow the John Sayles model, earn money with screenwriting gigs and make the movies I wanted to make. A lot of this year has been spent desperately casting around trying to find another plan because that one didn’t work out.

There’s less money. Essentially a lot of people are doing a lot of work for free, working on things for years without getting paid and hoping they’ll all get rich eventually. There was a moment where I thought I could be like a flavouring they could add to these things—when they need good character writing, a smart indie sensibility, they could come to me. And of course they don’t need any of that stuff any more. I don’t know how I would market myself now in that world.

Computer Chess is on release.