The US has granted a patent to Stanford University for a method for assessing embryo development and viability in order to improve IVF success rates. At least one leading embryologist believes the patent claims a basic aspect of human physiology.

Jacques Cohen, a Dutch embryologist best known for being the first to successfully freeze and thaw a human embryo for use in IVF, accused Stanford University well as its exclusive licensee, biotechnology company Auxogyn Inc., of “claiming aspects of natural processes in embryos as property”, calling it “an outrageous attempt to over-commercialise every step of an already expensive medical procedure”.

Auxogyn disagrees, pointing to the language of US patent 7,963,906 B2 itself, which, Auxogyn says, makes no claim to any aspect of nature but claims “a method for assessing the potential for developmental competence of a human  embryo” utilising certain parameters. The patent has been granted by the US patent office, with an equivalent granted by the European Patent Office.

The Guardian‘s Robin McKie explains the data which is now protected: 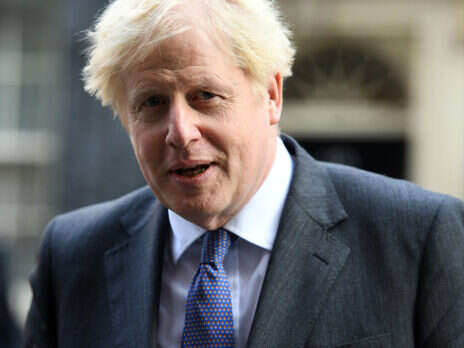 The use of cell-cycle timing data to make dramatic improvements in IVF success rates was recently outlined in the UK. By studying the time embryos take to develop, researchers could pick the best ones to be implanted into the womb. To do this, thousands of pictures are taken during the first few days of an IVF embryo’s life. Implantation success rates could triple because of this work, researchers said.

Some argue that, in the US at least, IVF procedures will either get more expensive or their efficacy will be limited. But more than that, it’s controversial because the if the information is an inherent aspect of human physiology this would make making it difficult to think of it as a medical “invention”.

However, according to Lissa Goldstein, Auxogyn’s CEO, by increasing the chances for IVF success, Auxogyn’s test may therefore reduce costs. She adds “The patent system encourages medical research and innovation and ultimately benefits patients. By improving the chances of IVF succeeding, Auxogyn’s Early Embryo Viability Assessment or Eeva test may decrease the number of IVF cycles needed and therefore may reduce the cost and stress of IVF.”

The controversy follows on from the row over the patents granted to Myriad Genetics over certain mutations of the genes BRCA1 and BRCA2. Those mutations are strong markers of cancer risk in women, and Angelina Jolie’s notable decision to have a preventative double mastectomy was based on a test revealing that she was a carrier. But the licensing fees for the test push its cost up to over $3000, while the actual test itself could be done for as little as $99.

Myriad Genetics patents were taken to court, after activists argued that it was illegal to take ownership of human genes. The company won the case in the US Court of Appeals, however, after it argued that the patent is technically over the “isolated” DNA molecules. Since those isolated genes would never exist if they weren’t removed from the chromosome by the test, the judge concurred that “each of the claimed molecules represents a nonnaturally occurring composition of matter.” The case is now being appealed to the Supreme Court.

Whether Auxogyn will be able to make a similar argument in court – or whether attempts to fight the patent will even make it to court – remains to be seen. But it looks more and more likely that Myriad Genetics patents were not a one-off, and were instead the beginning of a concerning trend.