Leucadia Quispe, a 60-year-old mother-of-eight, was born and raised in Botijlaca, a settlement that sits in the foothills of the Chacaltaya and Huayna Potosí mountains in Bolivia. High above, the Chacaltaya glacier is retreating at an unexpected pace: three times as fast as predicted ten years ago. It will be gone in a generation.

Seven out of her eight children have already migrated to other parts of the country, Leucadia says, “because there is no way to make a living here”. Because of the dwindling water supply, she must spend hours hauling water in five-litre containers, one in each hand. The scarcity of this precious resource makes it hard to find fodder for her llamas and sheep, and some of her llamas have starved to death.

Women such as Leucadia are on the front line of the struggle against climate change, according to Robert Engelman of the Worldwatch
Institute. But her plight as a mother dramatises an issue that was largely ignored at the UN summit in Copenhagen last December and is also missing from the agenda of the UN summit in Mexico (COP16), scheduled for late this year. It is the problem of human numbers. 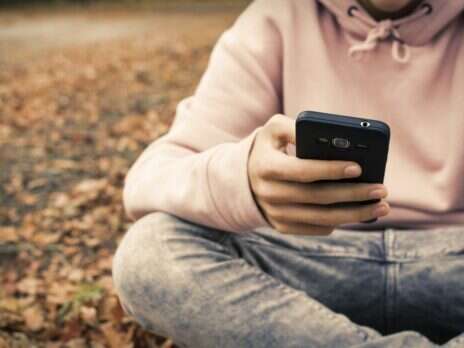 It is predicted that, if the global population continues to grow at the present rate, the world will need the resources of a second earth to sustain it by 2050. Today, there are 6.9 billion people on the planet; in 40 years, this figure will reach 9.2 billion. Most political leaders, however, are reluctant to examine the matter. The term “population control” has connotations too sinister for many, even though it can simply mean sensible family planning.

It is estimated that nearly 40 per cent of all pregnancies around the world are unintended; addressing this could make a vital difference. Research from the Optimum Population Trust, whose patrons include the environmentalists David Attenborough, James Lovelock and Jonathon Porritt, suggests that, for every $7 (£4.50) spent on basic family planning services over the next 40 years, global CO2 emissions could be reduced by more than a tonne. It would cost a minimum of $32 (£20.50) to achieve the same result with low-carbon technologies.

Between now and 2050, meeting the world’s family planning needs could save up to 34 gigatonnes of CO2 – nearly 60 times the UK’s annual total. As Unicef reported as far back as 1992: “Family planning could bring more benefits to more people at less cost than any other single technology available to the human race.”

This hasn’t escaped the notice of the UN Population Fund (UNFPA), whose latest State of World Population report – written by Engelman – revealed that there are more than 215 million women across the world wanting but unable to get contraception. The logic goes that if more resources were poured into fixing this, fewer unwanted babies would be born – and it would be better both for the women involved and for mankind as a whole, because it would lead to lower carbon emissions.

So far, so uncontroversial. However, the world’s poorest billion people (who account for very many of the 215 million women without adequate contraception) produce only 3 per cent of the global carbon footprint. In other words, focusing exclusively on this group is not particularly efficient. If change is to be made through family planning, it follows that richer countries must be involved: by current estimates, the average British child has a heavier carbon footprint than 30 children in sub-Saharan Africa.

Yet when I asked the head of the UNFPA’s population and development branch about the need to introduce policies encouraging women throughout the world – and particularly in the west – to have fewer children, he would not endorse it. “We’re not promoting any particular policy to increase or decrease fertility,” José Miguel Guzman explained to me on the phone from New York. “Our main goal is to give women the power to decide how many children they have, and to pressure governments into introducing policies that reduce per-capita emissions.” The focus, in other words, should be on reducing human consumption rather than human numbers.

This seems logical for wealthy countries such as Britain, which is among the world’s highest per-capita energy consumers but has just two children per family, on average. Yet due in part to immigration, the UK’s population is projected to rise from the current 61 million to 70 million by 2029, and 77 million in 2050. That’s more than another two Londons. If the Tories and the Lib Dems manage to agree on an immigration policy, this could have an impact, but no one can say how much. And no matter how “green” the coalition says it is, this volume of extra people will add substantially to the UK’s already heavy carbon footprint. If British families have two children on average, at least some women must be having three children or more. Given Britain’s disproportionate consumption patterns, can the world afford this?

The question drifts dangerously into the arena of women’s autonomy. Initiatives encouraging smaller families – such as child benefits, or tax breaks for families with two children or fewer – could be seen as unfairly weighting a woman’s reproductive choices. When does an incentive become something more sinister? What, in policy terms, amounts to coercion?

It is an area fraught with difficulty and efforts to tackle it invariably meet with opposition. Oxfam’s head of research, Duncan Green, has been critical of the Optimum Population Trust’s PopOffsets initiative, which invites people to offset their carbon emissions by funding family planning services in the developing world. The scheme, he said, is tantamount to blaming the victims. “I’m all for supporting women’s reproductive rights,” Green explained to me, but, in his view, PopOffsets puts “the wrong people in the frame”. This kind of attitude, he says, tries to make light of the harm to the environment done by the developed world and by emerging-market economies such as China. “Would you have more population control in China?”

At its heart, the debate exposes a worrying paradox: the fundamental contradictions in the goals aimed at helping poorer countries. The UNFPA, along with many major charities, advocates reducing carbon emissions and promoting investment and education. Yet, as nations get wealthier, they pollute more. This means that helping countries to develop – at all – sits awkwardly with the goal of reducing CO2 emissions.

It is argued that, with enough support committed to helping countries grow sustainably, a damaging jump in pollution can be avoided. (It’s also true that, as nations become richer, their fertility rates drop.) But most experts concede that, even with the best-laid development plans, there will be a time lag during which emissions will rise. And given that one of the few agreements at Copenhagen was that Planet Earth’s temperature cannot rise beyond 2°C in the coming decades, this could be the worst possible time for such a blip.

Thinking about population numbers is important for many reasons – many of them basic and uncontentious. The UNFPA used this year’s World Population Day in July to drive home a message about the importance of governments gathering good demographic data, in order better to predict where resources will be needed and to mitigate, for example, the effects of India’s swelling cities. So, why are the consequences of birth trends not being considered more seriously?

“Population growth is the kind of area that gets ignored because people want to ignore it,” says the environmental scientist James Lovelock. “But it can’t be wished away.” He points out that humans and animals contribute 25 per cent of global emissions by “just existing on the planet, [even] before you add cars or anything”.

What can be done? No one would suggest that we should hold back on helping countries to get richer or their citizens healthier in order to cut down human numbers. Nor is China’s one-child policy palatable to most western voters or policymakers, even if it has produced between 300 and 400 million fewer people on the planet. Likewise, population control should not be seen as the catch-all solution to climate change: technological innovation, political co-operation and meaningful social change will all have important roles to play if, as Lovelock puts it, we are to give our descendants a chance, “instead of letting them get ground up in the mincer”.

But just as in the past not enough attention was paid to the effects of polluting gases on our atmosphere, now too little thought is going into what multiplying human numbers will mean for future generations. We must ask ourselves tough questions. Although we cannot deny women the right to choose how many children they have, does offering tax breaks for smaller families in richer countries amount to the same thing? Or does it, in fact, grant the poorest citizens of the developing world, people such as Leucadia, the right to a better life?

Mary Fitzgerald is assistant and online editor of Prospect magazine.