I’ve never knowingly liked Sex and the City. But I do like the cinema. And last night, after a mildly long day, I decided to wander down to my local picture house and go for whatever was on.

The late showing was, alas, Sex and the City 2. I hesitated, as one would, but then decided that a couple of hours of this stuff might provide the sort of mindless distraction which can bring about relaxation.

I was badly wrong. The film itself seemed to last about six hours, and not for the first time I found myself in a minority of one in my failure to laugh — or gasp, or say “Oh my God” — at any point during the showing. 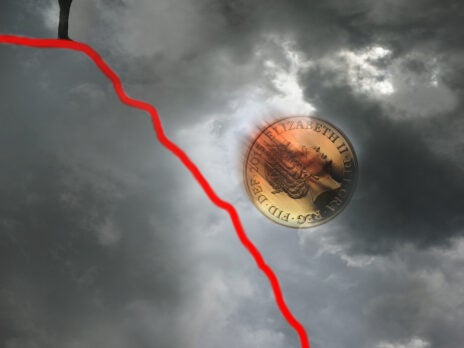 Are the Tories in trouble over the economy?

Yet that is very much beside the point. Relatively irrelevant, too, is that, bizarrely, so many women are said to be inspired by these “girls” despite the other-worldly wealth and extreme luxury in which the characters live. Not to mention the (to me inexplicable) contradiction when it comes to the one supposed “theme” of the film, which I guess is something to do with feminism and freedom, while this bunch of women appear driven by shoes, “sparkle” and fashion. (Having children, meanwhile, is deemed “traditional”, and not in a good way.)

No: the main ghastliness was linked, but something very distinct.

I am now told that the clear racism throughout the latter half of the film has been commented on before; a quick search on Google shows this indeed to be the case. I am blind to the reviews, so I know I am running the risk of being boring as well as “politically correct” when I express my earnest disgust at the way in which the Muslim world is portrayed. But it was almost as if the script, which appears on the surface to be about “chic”, was dreamt up by a combination of BNP activists and sophisticated Washington-outriding neoconservatives.

I won’t indulge in a description of the “plot”, other than to say that at one point the Kim Cattrall character gets invited by an Arab businessman to do public relations for his hotel in much the same way she got an ex-boyfriend into acting, if that, er, makes sense. Anyway, this leads to the gang flying out to Abu Dhabi to be waited on by subordinate boys at a luxury hotel.

Then, the culture clash gets under way. As Hadley Freeman, a far better-equipped critic than me, has said:

Not since 1942’s Arabian Nights has orientalism been portrayed so unironically. All Middle Eastern men are shot in a sparkly light with jingly-jangly music just in case you didn’t get that these dusky people are exotic and different.

The women, one of them clad in an “Adore Dior” T-shirt that neatly sums up their collective values, visit a souk and are amazed by the cheapness of the shoes, though no conclusion or social commentary is made on this point. Further open-mouthed shock comes when they see women in burqas eating French fries, crudely stuffing the chips in their mouths under the black cloth.

Burqas swiftly become a leading theme, as Carrie jokes that “I knew I should have packed my burqa”, to the others’ great amusement. And — at the conclusion of the film — some women in burqas reveal that they, too, wear fashion items underneath and that they are all reading the same trashy beauty book as one of the stars, as if Muslim women are actually OK because they can lower themselves to superficial western standards.

Naturally, there are plenty of funny accents and inaccurate phrases in Arabic, and Arab men are made out to be savages. Sex, of course, is a central pillar and the climax comes with Cattrall, for the second time, producing condoms from her handbag, to the supposed mass horror of the population. “Yes, I have sex!” she screams.

Doubtless this line was meant to get the biggest laugh of the night; instead, it showed the indignity and the full horror of the thing.

There are plenty of crotch-shots. In possibly the lowest moment, Cattrall asks, “Who ordered the Aussie sausage?” while the women are recovering at the hotel with an Australian football team in swimming trunks. And there is loads of strange whooping at peasants from the car window as they swing by the city.

This is the real point. For some reason, the film’s makers — who are they? — decided to wage the “modern”, fictional equivalent of all-out war with the Arab world with these inane, pointless worshippers of high heels on the front line. It is weirdly aggressive in its relentlessly crude portrayal of Arabs.

Nor do I really understand why it has to be so brutally bad. I’m certain that wasn’t the intention, but you are left thinking how much better it would be to live in the simple souk than in the “sparkle” of the city.

As to what most Muslims make of it, one can only guess. Sadly, though, I fear the worst.

UPDATE: I am told by a reader of Grazia magazine that Sarah Jessica Parker (“Carrie”) is reportedly “heartbroken” at the criticism. But as my friend says: “I just can’t believe that none of the actresses realised what they were doing.”