Q. How would you assess the treatment of the Chagos islanders by successive British governments?

A. British politics on the Chagos issue have been embarrassing and shameful for more than forty years, with few concessions made and little room for real negotiations about the return of the islands to Mauritius. Robin Cook represented an exception to the generally indifferent and patronising attitude, but to no avail.

Q. Do you think that the ethnic origins of the islanders — the descendants of African slaves and Indian indentured labourers — have had any significance in the way they have been treated? Would a similar situation have arisen if the Chagossians had been white, for example?

A. It is very difficult to imagine Falkland/Malvinas islanders being treated similarly to Chagos islanders without a nationwide — indeed international — outcry. So the answer is yes. 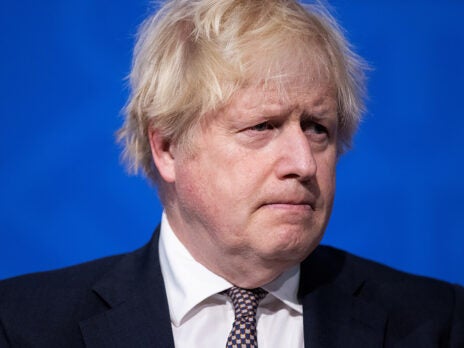 Q. Although no formal discrimination has ever been practised against the islanders in Mauritius it is widely acknowledged that their resettlement since their exile from the Chagos Islands has been difficult. For example, Chagossians of working age experience high levels of unemployment — around 70 per cent according to one source– compared to a national rate of 9 per cent and there are serious issues with alcohol and drug abuse among some of the islanders. Are there lessons to be learnt from other parts of the world about the situation and prospects of peoples or communities living on the margins of society?

A. I think so. To the extent that there is a hierarchy among Mauritian working-class Creoles in Port-Louis, the Mauritian capital, where most Chagossians live, people from the neighbouring island of Rodrigues and Chagos generally occupy the lower rungs. Although Rodriguan migration to Mauritius has been at least nominally voluntary, both groups are vulnerable, but Chagossians especially so, having previously lived in a largely non-monetary economy in a small-scale society based on kinship and personal trust. The plight of the Chagossians in Port-Louis is comparable to the situation of indigenous peoples in many cities worldwide. If there is a lesson to be learnt, it might tell us that forcing people into a modern, urban way of life is a recipe for social problems.

Q. Have differences in culture between the islanders and local Mauritians contributed to the problem in any way?

A. Yes, if we take a large view of culture as constituting “a way of life”. Everything about modern Mauritian society, from taxis to newspapers, was new to the Chagossians; more importantly, the social structure of Mauritian society, where anonymity, bureaucracy and impersonal relations are important ingredients, would necessarily have been incomprehensible to the Chagossians when they first arrived.

Q. A recent survey conducted by Dr John Howell, former Director of the London-based Overseas Development Institute, found that around half of the Chagossian exiles in Mauritius and their descendants (approximately 2500 people) do not want to make a permanent return to the Chagos Islands but wish to remain where they are now. This means that a significant proportion of the Chagossian population in Mauritius and also the Seychelles still has to face a range of significant social and economic problems. Can anything be done to help them? And where should this help come from?

A. The UK and the USA have an obvious responsibility here. Some aid has been given by the UK in the past, and the Mauritian government has, with limited resources and perhaps not enough determination, started various social programmes in the areas where most Chagossians live in Port-Louis like Cassis and Roche Bois. The Catholic Church and Caritas have done some good work too. What could be done now is to ensure that the children of Chagossians get a good education and decent job offers. A form of “positive discrimination” or affirmative action would not be out of order here, considering the de facto affirmative action favouring other ethnic groups in Mauritius, not least in the civil service.

Q. The Howell report suggested that around 150 families making up a total of 750 people could resettle on Peros Banhos one of the outer islands of the Archipelago and make a good living by fishing and ecotourism. But even if the economic issues are resolved relatively quickly and easily how difficult do you think it would be to reconstruct a fully functioning island society after over 40 years of exile?

A. It is not at all unthinkable and should not be ruled out as an alternative for those who want to try. They would have to be given organisational resources enabling them to build the necessary infrastructure and develop the necessary skills. It’s an interesting proposition!

Q. Around two-thirds of the Chagossians originally came from Diego Garcia which seems to be out of bounds at least for the immediate future because of the presence of the US military base there. Given the way folk memories work do you think that the islanders and their descendants who originate from Diego Garcia would be happy living on other islands in the Archipelago? Are there lessons from people in other parts of the world in this regard?

A. In general, similar islands are an excellent alternative to a home which, for some reason or other, is out of bounds. In the Pacific, regional identities are quite strong, but many small islanders settle in, for example, Fiji or Tonga for professional reasons. Migration between Caribbean islands, if that is a relevant comparison, is also common. What matters is to enable people to reconstruct, but also alter and renew, a cherished way of life of which they retain strong, but increasingly vague memories.

Q. The Chagossian exiles and their descendants were granted British citizenship in 2002 and it is estimated that around 800 or so have now settled in the UK, many taking up residence in the Crawley area near Gatwick airport. Not much is known about how they have fared since their arrival. But clearly another option for the islanders even if they win the right of return to the Chagos Islands in the House of Lords is to leave Mauritius and the Seychelles and come and live in Europe. But is this a viable course of action given the fact that the vast majority are poorly educated and unskilled?

A. Well, given what we know about the situation for the different migrant groups in Europe, prospects would appear bleak for Chagossian communities in this continent. Presumably, the vulnerability experienced in Mauritius, where they are after all accepted, to some extent, as part of a major ethnic group — the Creoles — would be magnified many times in Europe. In sum, the most constructive solution would, the way I see it, consist in giving priority to education and employment among Chagossians in Mauritius, while simultaneously working to enable a limited repatriation to those islands in the archipelago which may realistically be resettled. While, of course, never giving up the legitimate claim on Diego Garcia. Zaffer pe sanze!