It all began with a letter published in the New Statesman 70 years ago, on 30 January 1937. The letter was jointly written by three diversely talented young men: Tom Harrisson (an anthropologist and ornithologist), Humphrey Jennings (a painter and film-maker) and Charles Madge (a poet and Daily Mirror journalist). It invited volunteers to co-operate in a new research project, an “anthropology at home . . . a science of ourselves”. Its list of suggested topics for investigation read like a surrealist poem on the hidden strangeness of mundane life: “Behaviour of people at war memorials . . . Shouts and gestures of motorists . . . Anthropology of football pools . . . Beards, armpits, eyebrows . . . Female taboos about eating”.

The letter announced the founding of Mass-Observation, an organisation that aimed to investigate daily life in modern Britain in the same way as anthropologists were studying remote, tribal societies. It soon acquired an enthusiastic army of lowly paid or unpaid researchers. They interviewed people in the street, wrote down conversations overheard in pubs, factories and public toilets, and observed people carrying out ordinary activities such as smoking, drinking and dancing. Baffled journalists dismissed these quotidian researchers as “busy-bodies”, “snoopers” and “psycho-anthropologic nosy-parkers”. The NS‘s critic joked that the typical mass-observer must have “elephant ears, a loping walk and a permanent sore eye from looking through keyholes”.

But there was a point to all this nosiness. Mass-Observation wanted to plot “weather-maps of public feeling”, to make ordinary citizens’ lives and thoughts better known to the people who governed them. It was less than a decade since every adult over 21 had won the vote, and there were few systematic attempts by either politicians or the press to find out the views of electors. Ordinary people were rarely seen or heard on film or radio: the newsreels did not bother with vox pops, and Lord Reith’s BBC was staunchly upper-middle-class and dinner-suited. Mass-Observation was annoyed by the lazy assumptions about “the man in the street” by this media/political elite – “a tiny group, with different habits of mind, ways of life, from those millions they are catering for”.

Mass-Observation produced some fascinatingly quirky domestic anthropology, but never quite lived up to these ambitious political aims. It churned out millions of words on countless subjects, from the contents of sweet-shop windows to the way that smokers held their cigarettes – far more than it could ever get round to collating, never mind interpreting. After the Second World War, the project petered out as its volunteers dispersed and its founders moved on to other projects.

The man without qualities: why Keir Starmer can’t afford not to have a political vision 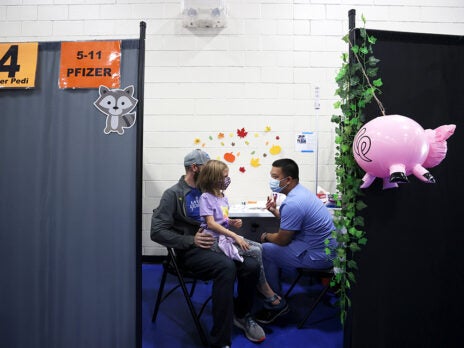 Should we vaccinate our kids?

By then, academic sociology had taken over some of the same territory. Compared to the more rigorous sampling techniques of social science, Mass-Observation’s statistical obsessions – using stopwatches to time people drinking pints in pubs, say, or working out the percentage of men wearing caps on a Sunday – seemed somewhat lacking in scholarly rigour. The general democratisation of cultural life after the war also made it more awkward to look at people anthropologically. Harrisson’s stated aim of applying anthropological methods to the study of “the cannibals of Lancashire, the head-hunters of Stepney” now carried a whiff of Old Harrovian hauteur. Standing in public toilets to make field notes takes a certain kind of self-assurance; and it would not survive the scrutiny of an academic ethics committee today.

But the fizzling out of Mass-Observation after the war was more than an academic question. It is also a story about changing understandings of British politics and culture, the repercussions of which are still being felt today. After the war, as daily life became more comfortable and less politically contentious, non-academic social research shifted away from anthropological observation towards the narrower analysis of consumer choice. Mass-Observation gave way to the new growth industry of market research, which was also interested in recording the views of ordinary people, but which understood “public opinion” to be the statistical aggregate of lots of different private opinions. It saw people as the autonomous authors of their own lives, calmly making rational choices as individual consumers; it was not interested in deciphering their unconscious collective habits. Mass-Observation bowed to the inevitable in 1949 and itself became a market-research firm, reduced to conducting consumer surveys of products such as soap powder and fish fingers.

The same methods of deciphering individual consumer choice began to take over British politics. Harrisson railed against what he saw as the new “holy sanction” of opinion polls which were interested only in bald yes/no responses and treated the growing number of “don’t knows” as a mere statistical residue. Politics was not just about putting a tick in a box, he claimed, but about participating in or feeling excluded from political culture as a whole. Simply recording people’s opinions treated them as “slot-mechanical spectators semi-supine on the sideline”.

It is sometimes assumed that voter apathy and cynicism are recent phenomena. But Mass-Observation was conducting pioneering studies of public distrust and ignorance of politics as early as the late 1930s. It explored the ways in which new forms of mass culture such as astrology, ballroom dancing and all-in wrestling created a sense of democratic participation conspicuously lacking from general elections. It noted how new working-class enthusiasms such as the Pools and newspaper “spot the ball” competitions caricatured the rituals of elections, asking participants to use their skill and judgement to put crosses in particular places, just as they did on a ballot paper. The Pools companies even managed to persuade people to pay to register their “votes”, when many of them refused to do so in elections at no expense to themselves.

Does this sound familiar? It is a media truism that more people voted using premium-rate lines to evict housemates on Big Brother than for Labour at the 2005 general election (although the truism is not necessarily true, because no one knows how many votes on reality-TV programmes can be ascribed to multiple calls by the same person). According to recent research by Stephen Coleman on the 2005 election, the typical Big Brother viewer is actually no less likely to vote than the average citizen. Sixty per cent of sampled BB viewers voted in that election, almost exactly the same proportion as in the population as a whole. Among younger people, those who watched Big Brother were more politically active. Only 39 per cent of 18- to 25-year-olds voted, compared with nearly half (49 per cent) of BB viewers in the same age group.

Coleman concludes that “the image of Big Brother as a refuge for a politically distracted generation, which squanders its precious votes on televised popularity polls while refusing to meet its civic obligations at the ballot box”, is misleading. Voters do not have finite reserves of political energy; ringing up to vote on Big Brother eviction night makes you no less likely to exercise your democratic right at elections. They are simply different activities. The conventional model of pol itical participation treats electors as rational, deliberative citizens, making clear-cut choices at the polling booth. Yet people do not always engage with public life in this way: they can be emotive, irrational and more interested in gut responses than in reasoned debate. Reality-TV voting caters for these melodramatic impulses, directing them towards fairly banal issues, such as who did the best rumba on Strictly Come Dancing. Yet these phone-in votes also engender the kind of public fascination and sense of national community that Mass-Observation found in the Pools, and which are still missing from political culture.

There is one area of modern politics where this interest in popular intuitions and passions survives: the focus group. In some ways the focus group is the direct descendant of the Mass-Observation project. It has the same chaotically eclectic mix of sociology, psychology and anthropology, the same sense that politics is not simply about measuring fixed opinions, but about uncovering more nebulous thoughts and feelings. However, unlike Mass-Observation, which made its findings publicly available, focus-group researchers conduct their work in secrecy. Their interest in what people think and feel is limited to getting a small number of target voters to change their choice at election time. So focus-group politics comes up with cartoonish approximations of average voters – Basildon Man, Worcester Woman, Pebble-dash People. They are another example of what so irritated Mass-Observation’s founders: the tendency of elites to invent versions of “ordinary people” for whom they could then presume to speak.