“Every time we were told we couldn’t do something, that just made us 50 times more likely to do it,” the punk star Feargal Sharkey said of beginning his career in Northern Ireland’s Derry. The city was severely affected by the country’s violent sectarian conflict, with “people saying bands from Derry don’t make records or write their own songs”. But in 1978, the Undertones defied the Troubles, releasing a punk classic, “Teenage Kicks”; a line from which the legendary DJ John Peel included as an epitaph on his grave.

Now living in London with his wife and children, the 63-year-old has stepped back from the music business, having received an OBE for his services to the industry in 2019. Far from a quiet retirement, however, the memory of his embattled Catholic upbringing is never far from Sharkey’s mind – and he has since become one of the UK’s most vocal campaigners for a different kind of underdog: the environment.

When we met last week at the Amwell Magna fishery in Hertfordshire, Sharkey’s disarming turns of phrase were in full flow. The scene at the country’s oldest fly-fishing club appeared bucolic: geese tended their chicks on riverbanks covered in forget-me-nots and weeping willows; but it is also a landscape of sex, death and Darwinian struggle, the lyricist reminded me. “All you get is a bit of a shag, then you’re dead,” he quipped of the darting, short-lived mayflies.

He is equally direct about the wider fate of Britain’s rivers: “The simple truth is water companies have been profiteering at the expense of the environment,” he said with the fervour of a hardened activist. 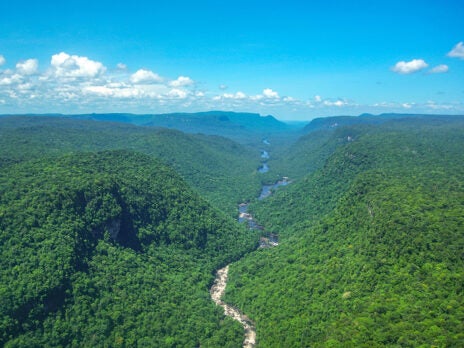 There is even a parallel, Sharkey believes, in Prime Minister Boris Johnson’s cavalier approach to Northern Ireland post-Brexit and the perilous state of Britain’s rivers – with unscrupulous politicians failing to prioritise long-term well-being over “parochial politics” and immediate political gain. “When the boss thinks he can stand up in public and lie,” Sharkey said, “what do you think the rest of the middle management has been doing?”

According to the water industry regulator Ofwat, water companies have stemmed water losses and kept bills low, while delivering “excellent quality drinking water and bathing water”. Yet such self-congratulation doesn’t add up: in 2020 the UK was ranked last in Europe for bathing water quality, with rivers across the country home to dangerous amounts of chemicals and sewage.

This is partly due to the UK’s outdated sewer system, partly driven by run-off from agricultural fields and partly because water companies routinely release raw sewage into waterways, said Sharkey. Just 14 per cent of English rivers are in good ecological condition, show official figures, and none are of good chemical status. This has profound consequences for Britain’s already depleted biodiversity, with more than a tenth of UK freshwater and wetland species threatened with extinction, from water voles to kingfishers.

[See also: How does the UK’s beach water quality compare to Europe?]

Of particular concern to Sharkey are the country’s chalk streams, which are rapidly drying up. Formed from the skeletal remains of thousands of tiny phytoplankton that sank to the bottom of the sea millions of years ago, the resulting carbonate rock provides “the best water filter in the world”. This is wonderful news for the rich wildlife these ecosystems support, Sharkey enthused, yet it is also a boon for water companies, who are able to suck large quantities out of the south-east’s regional aquifers at comparatively low cost.

Even with this supply, London is running out of water to drink because of rising demand, decreasing rainfall and insufficient infrastructure in which to store groundwater. Too little investment is being pumped back into building new sewers or reservoirs, Sharkey believes, in spite of the fact that nine water and sewage companies in England reportedly made nearly £2.8bn in profits in 2020-21. “They are profiting from environmental decimation. And that has got to stop.”

A fly-fishing environmentalist may seem an incongruous calling for a former punk rocker, but his zeal for river protection is a product of his Northern Irish roots. Fishing was one of the extracurricular activities offered by his school, and the singer remembers how, aged ten, he would attend protests with his Catholic parents, who would “walk down the middle of motorways between Belfast and Dublin, trying to kick up an enormous fuss”.

“Going back that way [to the Troubles] is simply not an option, and should never, ever be allowed to be part of a conversation,” he warned as concerns rise about the future of the historic Good Friday peace agreement on account of the UK government’s threat to change the post-Brexit Northern Ireland protocol. “Yet here we are, staring down the bloody gun barrel again, philosophically and potentially physically.”

Short-sighted politics is also deepening the river crisis, Sharkey continued. “This government has run out of capacity,” he lamented. Brexit, Covid and the cost-of-living crisis have left “a team of people that aren’t necessarily up to the job”, unable to deal with anything else, including water pollution. And he blames the regulatory bodies, Ofwat and the Environment Agency (EA) for failing to enforce the law: “They’re running about like cockroaches because someone turned the light on.”

Any fines that have been issued, he suggested, have been too small and sporadic to produce reform. Thames Water was fined a record £20m in 2017 for pumping 1.9 billion litres of untreated sewage into the river Thames; but this year, water companies in England are again under investigation by the EA and Ofwat for releasing untreated waste into waterways.

At a recent parliamentary committee hearing, Sharkey was dismayed to see the EA chief, James Bevan, say the regulator “deliberately did not enforce” 2018 farming rules for water quality because the government told it not to. A spokesperson from the Department for Environment said this was only the case for the first year following their introduction, to enable farmers time to adapt. Yet Sharkey’s fears run deep: “I suspect this is shaping up possibly to be the most deregulatory government, probably since the Second World War.”

But he is not alone in his battles. There is a growing movement calling for water management reform – ranging from national organisations such as Surfers Against Sewage to local campaigns. Amie Battams, a young urban fly-fisher and YouTuber, who Sharkey was hosting at the Amwell club on the day we met, often tweets about the sewage she witnesses being pumped into London’s River Wandle in an attempt to safeguard her beloved chalk stream.

In terms of policy goals, Sharkey and his fellow travellers would like to see “a piece of legislation making every single director of those water companies personally liable”; a better system to measure the volume of dumped sewage; and, added Ali Morse of the Wildlife Trusts, an overarching target on the health of our waters under the Environment Act.

There are signs of progress. In response to recommendations in a recent Environmental Audit Committee report, the government and Ofwat have accepted the need to prioritise long-term investment in the sewer network and nature-based solutions, paving the way for an upgrade to England’s crumbling Victorian infrastructure.

“At the end of the day, all people actually want from their f***ing politicians is hope,” summed up the “Teenage Kicks” singer, now a father of teenagers himself. “Hope that tomorrow will be a bit better than today.”

Newsletters from the New Statesman View all newsletters
Subscribe for the best of our politics, international affairs, culture and business coverage, straight to your inbox
THANK YOU
Topics in this article : Defra , Pollution , Sewage