John Mills should have a big smile on his face. The businessman, economist and Labour donor has, after all, got his way: he has spent years advocating for a weaker pound, and here we are, not long after sterling fell to a historic low against the dollar, tucking into chicken pies at a crowded restaurant in Holborn while the new Conservative government flops about trying to coax the pound back up again. Mills, though, is impassive. Isn’t he happy?

He shakes his head. “They haven’t done it through a deliberate policy, by any stretch of the imagination. It just happened,” he says. “And you know the plan will be to get it back up again. But the problem is that the more they get it back up again, the less it becomes profitable to invest in the manufacturing industry in the UK, and the worse the underlying problem becomes.”

This is the basis of Mills’s new book, the optimistically-titled Why the West is Failing: Failed Economics and the Rise of the East, in which he argues that the West (and specifically the UK) has fallen behind in growth because it has focused too much on the services sector (which includes everything from hospitality to banking) and neglected manufacturers. A strong pound is a bad thing, he says, because it reduces external investment; a weak pound encourages foreign investors to put their cash in the UK, and puts manufacturers in a good position to sell their wares abroad.

Mills founded JML (“John Mills Limited”), a consumer products company, in his basement in 1986. Its quirky products – from the Ped Egg foot scraper to the Dri Buddi heated clothes airer to the Snuggie, a blanket with sleeves – have become cult classics, in part thanks to the shouty infomercials that advertise them on television and play on repeat in many of the stores its products are stocked in. The company made sales of £59.5m last year, with pre-tax profits of almost £946,000, down from £3.5m the year before. 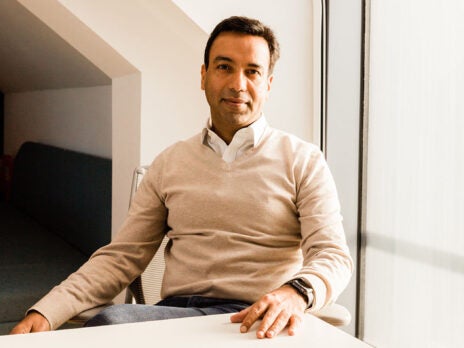 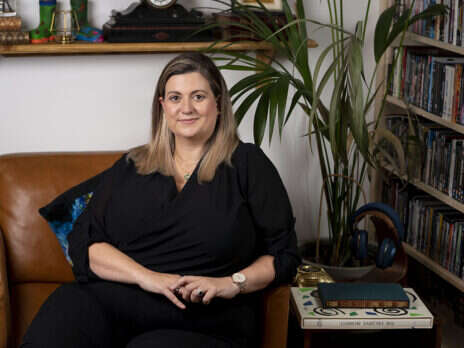 Why OnlyFans wants us to regulate the internet

Mills, now 84, stepped down as chief executive in 2012, taking the less hands-on role of chairman, which gave him time to indulge his passion for economics. Amazon lists five books by him, all along a similar theme: the fall of living standards, the rise of the pound, the weakness of the British economy.

He felt the need to turn to economics, he says, “after 25 years of absolutely heartbreaking work, making no money”. His first company, a manufacturer, went under in 1984. “The cost of duty and things in the UK, which started high, you could never afford to accumulate the money to make the investment needed to get it up,” he says. He vowed “never to get involved in manufacturing again” but then discovered the Far East, where costs were about “half the price in the UK”, and JML was born – although he now regrets that most of its products are made abroad.

“A few years back we did an exercise,” he says. “We took, I think, 20 products to see what we could do to get them manufactured in the UK. Of the 20, about half we just couldn’t really effectively manufacture in the UK at all. There just wasn’t the supply chain available.”

The East, his book argues, has got its priorities right: between 2000 and 2019 China’s GDP rose by an average of 8.9 per cent a year, driven largely by a vibrant manufacturing sector. In the services-obsessed West, GDP growth has been “about 2 per cent” a year. “In the 2020s, on present trends, once we recover from the coronavirus, we may be lucky to achieve a cumulative average of 1 per cent,” he writes.

Fortunately, we now have a government that is so focused on growth the Prime Minister has named it thrice. “I have three priorities for our economy: growth, growth and growth,” Liz Truss told the Conservative Party conference this month. Truss et al say they are aiming for annual growth of 2.5 per cent; Mills says they should be aiming for 3.5 per cent. Either way, her plans will not be a success, he says. “I think they’re trying to implement a really quite right-wing economic strategy at a time when the economy is very vulnerable. What they’ve tried to do is just not going to work.”

Of course, it’s arguable that one of the main impediments to growth in the UK is Brexit – of which Mills was a fierce supporter, first as the chairman of the Vote Leave campaign, before he quit for Labour Leave amid accusations of hostility and infighting in the cross-party campaign.

He says that at the time he believed people were “massively discontented as a result of jobs moving to the Far East, the economy stagnating and very rapid social change that people didn’t really want”. Six years on he concedes that “Brexit has been disappointing, quite honestly”.

Like most Brexiteers he places some of the blame with the EU, which he says has been “very difficult… I don’t think they’ve been terribly constructive”. He adds, however, that “to some extent the world’s moved on over the last few years. Unity [against a common threat, after Russia’s invasion of Ukraine] is more important than it was previously.”

Would he vote for Brexit now? “I probably wouldn’t be as enthusiastic as I was then,” he admits. “[If you could] get the British economy to perform a lot better, if you could get the growth rate up to 3.5 per cent per annum, then you could really make Brexit work much, much better. When they tried to make Brexit work when they had no growth, it turned out to be very difficult.

“I think we made the decision we did. We just have to make the best of it.”

Still, the situation in which we find ourselves could go our way, if the government can avoid the temptation to look for ways to strengthen the pound, he says. “[They could say] it’s going to be now very profitable to manufacture in this country rather than somewhere else,” he says. “Then I think you’ve got a reasonable chance of getting manufacturing investment up where you need to be. But if you say to people, ‘No, the pound’s gone down, we don’t want that, we’re going to try and get it back up again as soon as we can…’” He tails off. “Who’s going to invest in those types of conditions?”

[See also: Will Kwasi Kwarteng’s resignation be the price of Liz Truss’s survival?]