Around the time of the Norman Conquest, a knight by the name of Archil is recorded as having lived in Northumbria, where (according to the Notices and Remains written by Archil’s descendants in the 19th century) he was wounded defending a bridge, and limped off to die in a marsh. Archil’s friends only found him thanks to the lapwings that flew and called over his prone form. He is said to have been named after the bird – known onomatopoeically in Lancashire as a peewit, in Henry IV, Part 1 as a chewet, and in 11th-century Northumberland as a tyrwhitt.

Just under a thousand years later, Archil’s descendant, Nick Wheeler, has just made his own perilous river crossing, traversing London Bridge on his Brompton during the morning rush hour. It is cold, it has been trying to rain, but he appears mostly unruffled by the four-mile ride from Marylebone. He maintains his composure when asked to critique my outfit. Polite but blunt, he judges my well-worn suit to be “good value for money”. He identifies not only that I’m wearing one of his shirts, but its age.

When Wheeler starts talking about shirts, he gets technical. He evidently feels at home in the soft engineering of fabrics – English, Italian and Egyptian – ancillary fabrics, linings and interlinings. “Getting a shirt right is a real art,” he says. “Getting a collar right is really quite difficult. Making sure that you’ve cut it the right way, within how the fabric lies, is very important, because that’s how it all falls, how it drops. And the same with the whole drape of the shirt. There’s just lots of little things that it’s very easy to get wrong.“

After a brief career as a photographer and a Christmas tree salesman – it didn’t go well, but he still loves Christmas – Wheeler sold his first shirt in 1986, to a cavalry officer who paid £28.50 by cheque. He didn’t have a phone at the time and couldn’t take credit cards (he was still a student, at the University of Bristol), but he sourced fabrics from Lancashire, arranged manufacturing in Clacton and began selling shirts via mail order under his two middle names – Charles Tyrwhitt. 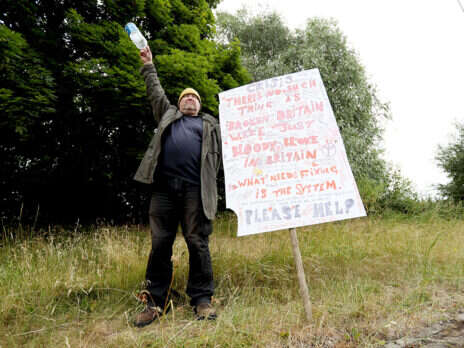 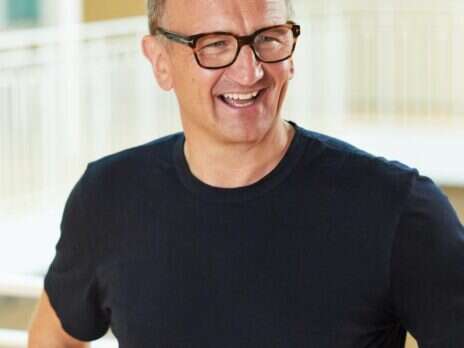 Lacking the budget for mass marketing, Wheeler wrote thousands of letters on an Amstrad word processor, making a personal approach to people he thought would be in the market for affordable, well-made shirts. Today, this would be described as using a database to do targeted advertising: “I did e-commerce without the internet,” he agrees, although he rejects the idea that he was ahead of his time. His insight, he says, was that more people (and especially men) could be tempted by the convenience of mail order – a market that was at the time dominated by catalogue giants such as Littlewoods and Grattan. “There was no upmarket, quality mail order.”

Wheeler may not have foreseen the e-commerce revolution, but when the internet did arrive he immediately realised that he was “very, very lucky… it completely transformed my business. People thought of mail order as being rather downmarket, whereas when the internet came out, people thought it was sexy as hell. And it’s basically exactly the same thing.”

As a young man, Wheeler loved Jermyn Street, which is to shirts what Savile Row is to suits – although in those days it was “very much an old man’s street. It was traditional English shirt-making, and the shirts that were made there were quite boxy.” Charles Tyrwhitt sells shirts to a specific fit, sleeve length and collar size, giving the feel of made-to-measure at off-the-peg prices. “Getting the fit right has one of the been one of the big things that’s really helped us grow”.

A shirt that cost £28.50 in 1986 should, after 35 years of inflation, retail at more than £85, but Charles Tyrwhitt sells most of its shirts today for £32.25. The company makes around six million shirts a year, and the high volume and lower prices have been made achievable, Wheeler says, by “the mechanisation of the manufacturing process. The machinery just does a fantastic job.” What’s important, he maintains, is to use mechanisation to improve quality rather than to drive down cost. While he no longer runs the business (the CEO is Luke Kingsnorth), he keeps a close watch on materials, cuts and stitches per inch (no fewer than 18 will do). After 36 years looking at the same garment, he says, “you get to work out what it is that makes a good shirt”.

Wheeler grew up in formal clothing; he went to Eton, where tailcoats and top hats are part of the uniform. Beneath the 18th-century apparel, it was for him a “relaxed” place to learn, but he remains fascinated by the message that clothing sends to the outside world. The day before our interview, a banker told him: “People don’t want to see us turning up in jeans.”

“First impressions really do count,” he says. “People will say, it doesn’t matter, people can wear what they like, it doesn’t influence me – but it does. Subconsciously, it does influence people.” More important, however, is what the sense of being well dressed does for the wearer: several times during our conversation, Wheeler refers to the comfort not just of well-cut cloth but of a well-maintained appearance.

Psychologists who specialise in “enclothed cognition” tend to agree: studies have found that formal clothing can confer cognitive benefits such as confidence and attention, while encouraging others to see the wearer as having greater social status.

The pandemic threatened all this, as the mass move to home-working turned white-collar work into no-collar work. Wheeler remains a fan of offices; before the current restrictions, he had asked his staff to work at the brand’s London Bridge office three days in the week, which he says offers the right balance between communication and concentration. “It’s great being in the office,” he says. “People need human interaction.” Without an office, with all interaction on screen, “you can get completely removed from the world”.

So far, the pandemic has cost Charles Tyrwhitt £70m in turnover and 250 staff. But the competition has been hit harder; perhaps the biggest high-street competitor, TM Lewin, closed all its stores permanently in July 2020, and this year, M&S announced that it would stop selling suits in most of its stores. In contrast, Wheeler said footfall to Charles Tyrwhitt stores has increased this year, and the company is now looking at opening new stores. “It’s a tactile product,” he explained. “We do 18 different white shirts. If you look at them online, they look like 18 white shirts, they all look the same. If you go into a store, you feel twill, herringbone and poplin.”

For Charles Tyrwhitt, the current state of global supply chains are the biggest political concern: most of its shirts are made in Vietnam, and the US is its largest market, followed by the UK. It has, however, ended most of its Chinese manufacturing, and six months ago it entirely stopped using cotton from Xinjiang in response to customers’ concerns over human rights. In doing so it may have ruled out access to the world’s largest consumer market. “It might be the biggest,” Wheeler says, “but it’s not the easiest… the world’s a big place.”

Wheeler also voted for Brexit, and still thinks that it will lead to “short-term pain, long-term gain”. He stresses, however, that this was a personal view, not a subject on which he ever wanted to campaign. “I don’t love politics,” he says, although he admits to keeping a concerned eye on the Prime Minister’s rumpled appearance, and especially his shirts: “I always rather hope that he’s not wearing one of ours.”