Ellie Mae O’Hagan is the director of the Centre for Labour and Social Studies (Class) and a strategic communications specialist. She is currently writing her first book on the rise and fall (and maybe rise again) of the political centre, out with 4th Estate Books in 2023.

On my more wholesome days, I meditate or swim. Without fail I have a cup of tea with my husband and we do the Wordle. My average is three! 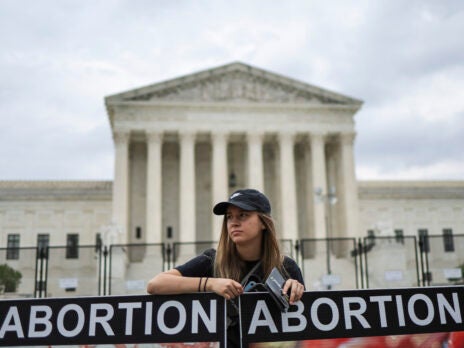 Project managing, guiding and launching the Race Class Narrative project. Anat Shenker-Osorio, who founded the US version, is one of the world’s foremost communications strategists and a personal hero of mine. To recreate her project in this country was an honour. And the government’s increasingly “anti-woke” rhetoric has made it all the more necessary.

When I was a waitress, the boss would make me deliberately burn my fingers to develop the callouses necessary to carry unbearably hot plates. The burns healed between shifts so it never worked. Running an organisation carries immense challenges, but it’s good to remember that the toughest work is not necessarily done by those at the top.

My mum insisted I got a Saturday job when I was 13 years old and I’ve worked in some form ever since. I’ve always been too scared of financial insecurity to take a break, but I wish I had. It only gets harder to do as you get older.

Which political figure inspires you, and why?

I love Emma Dabiri. Her book What White People Can Do Next really energised me. I also have huge admiration for Sarah Woolley. She was a teen mum who joined the Bakers, Food and Allied Workers Union (BFAWU) at 16 while working for Greggs and now she’s the union’s first female general secretary. I’ve learned so much from both of these women.

It’s right that the government is intervening on the cost-of-living scandal. It needs to go much further but I’m glad the Chancellor at least understands that millions of people becoming destitute will hurt all of us.

There are dozens of fossil fuel projects in the pipeline between now and 2025. This is obviously total madness. The government needs to scrap these projects immediately and focus its attention on supporting the people who work in fossil fuel industries as we transition to a zero-carbon economy.

The phasing out of coal in Germany has been a useful example of a just transition that governments all over the world could learn from — not just in terms of what it got right, like devolution and working with unions as policymaking partners, but also in terms of what it got wrong. The German plan left a lot of questions unanswered, but these questions give the UK a useful idea of the kinds of considerations it will have to make to modernise our own economy.

Fossil fuel companies are posting record profits while children are eating dinner in bed to keep warm. It can’t go on like this and the government needs to step in and take responsibility for keeping bills as low as possible. I would take the energy sector back into public ownership to reinvest all profits into improving service and lowering costs.

Read more: The Policy Ask with Carly Kind: “Don’t wait for permission to do the things you want”