In February 2021, as we approached the pandemic’s one-year mark, Goldman Sachs’ CEO David Solomon described remote working as “an aberration” that the bank would “correct as quickly as possible”. Just over 12 months later, the investment banking giant revealed that employees would be expected to return to the office five days a week. But while Solomon’s hard-line approach attracted attention, the policy remains the exception even within the financial services sector.

In recent months, many major commercial and retail banks that embraced remote work during lockdown have committed to permanent hybrid set-ups. Research by the professional services firm KPMG revealed that the transition to remote working was managed “highly effectively” within the sector, that productivity increased in several countries, and that changes to working models would be permanent. JP Morgan, Citi Group and HSBC are among those to have publicly announced they will pursue a hybrid model indefinitely.

As the head of workplace technology for a major high-street bank, Konstantin Denishev has watched this transition play out in real time. “Flexible working is a concept I’ve believed in for quite a while and promoted for a number of years,” he says. “Thanks to Covid, quite a number of chief information and technology officers globally were able to expedite their strategies and deliver something many people had been afraid of doing.”

The key question now facing the financial services sector – and industry more widely – is how to allow for the flexibility hybrid work affords, without compromising on productivity or security. In practice, this question has major consequences for how banks manage their real estate, lead their workforces, and operate the technology that makes the transition to hybrid work possible. 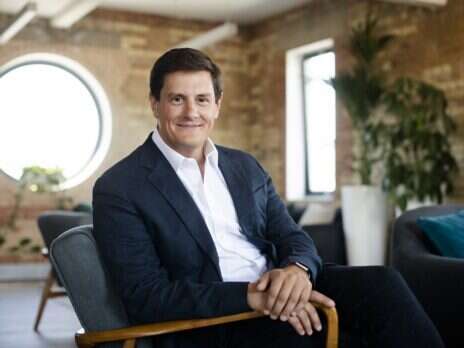 “It could’ve been a great story for UK plc”: Justin Basini on Clearscore’s failed sale to Experian 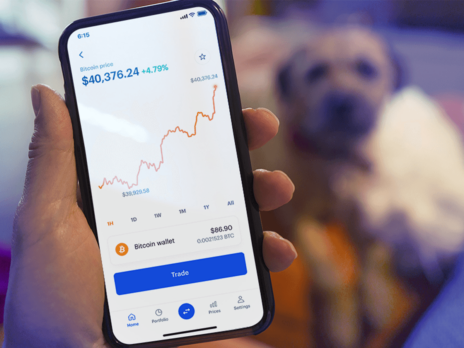 Coinbase’s USD stablecoin – what is it and why should you use it?

Has the insurtech bubble burst?

Top three IT must-haves for remote work in 2022

By Citrix
Enter your details to receive the free white paper:

Visit our privacy policy for more information about our services, how New Statesman Media Group may use, process and share your personal data, including information on your rights in respect of your personal data and how you can unsubscribe from future marketing communications.  Our services are intended for corporate subscribers and you warrant that the email address submitted is your corporate email address.

As the occupants of some of the world’s most expensive property, UK-based banks are seeking to reimagine their headquarters in the City of London and the capital’s Canary Wharf. “Finance and tech businesses are trying to convert their head office into a destination,” says Denishev, “rather than a place where you just go and visit to sit at a desk for eight hours and answer emails”.

Perhaps the boldest example of this trend is the £100m-plus transformation of Citi Group’s Canary Wharf headquarters. The new site boasts open-plan collaboration spaces, a winter garden and “well-being” zones. The US investing giant’s UK boss James Bardrick has said the space will be “less of a box to put desks in and more a place to collaborate and innovate”.

Banks are also reimagining their regional premises. Hundreds of high-street branches have been earmarked for closure in recent years and the trend has accelerated during the pandemic. But banking giants aren’t letting go of these sites altogether. Some, says Denishev, are being repurposed as local headquarters that employees can travel to and work from.

“It shortens that commute time, but at the same time gives them the ability to have that people interaction,” he adds. “As great as it is to work from home and to work remotely, there is always the flip side, which is the human contact, both from a collaboration and productivity perspective, when you put a few people in a room. That ‘eureka moment’ is kind of messy when working remotely.” The other key benefit of in-person working, says Denishev, is the ability to tackle disputes. “Meeting face-to-face is one of the best ways to resolve conflicts with people.”

But in both regional offices and national headquarters the same challenge remains: to avoid seeing offices as simply somewhere to sit and work. “What companies need to be very wary of is going back to that old way of going to work at nine o’clock in the morning, putting a stake in the desk and saying ‘this is mine for the next eight hours’,” says Denishev.

“If you’ve commuted for one hour to go to central London, and you’ve woken up an hour earlier, to get on the train, and then the tube – depending on what your commute is – to get to a place to do work, where you just sit at a desk, stare at the monitor and do your daily job, you can do that from home. It needs to be something different.”

Meeting rooms will play a key role in the future office. But the “old-fashioned boardrooms will become a thing of the past”, he adds. “Technology needs to come into place. Things like interactive whiteboards will help people to be more productive.” Denishev believes common areas where people can come together to meet up and start discussing projects more informally will also prove increasingly popular.

But he says the key to making hybrid working both seamless and secure is developing a technology strategy with three pillars: “Number one, whatever the technology is, it needs to be available anytime, anywhere, on any device and on any network. Number two, concentrate as much of your technology stack into a single pane of glass to ensure that people don’t need to launch 15 different applications to do the same thing. Number three, ensure that digital employee experience rather than cost is paramount.”

Denishev says companies won’t be able to provide a user experience that is “available anywhere, anytime on any device and on any network” without “a very good, robust virtual desktop”. “In my experience, Citrix Workplace’s virtual desktop has been the key factor for delivering technology for several years. Especially during a pandemic, having the ability to log on to your own virtual desktop from anywhere has been a key factor in the success of the delivery of IT services globally”.

While Denishev believes that most employees should be liberated to work wherever they are most productive, he concedes that in some cases this may not be possible. Although the rise of online banking has led to the closure of many local branches, those that remain open will continue to require cashiers on the ground to take cash and process cheques.

However, it isn’t just branch staff who are being asked to return to the office for at least part of the week. Regulatory pressure means traders and investment bankers are returning to corporate headquarters. This pressure partly comes from the Financial Conduct Authority, which issued an announcement last October reminding banks that it had the power to carry out inspections wherever traders and investment bankers’ worked, including at home. But concerns around data loss and cyber security are also a driving force behind the revival of office working.

Damien Bartlett, FSI client director at Citrix, says that he is not seeing as many customers allowing traders to work from home full-time. The key question, says Bartlett, is: “How is the organisation ensuring that data remains protected and is not leaking out of the organisation and jeopardising the functional continuity?” Denishev agrees, saying that data loss protection is the “number one priority” for a bank, trading house or asset manager.

Citrix Workspace, Denishev adds, can make the transition between home and office working more seamless by providing access to all apps via a single pane of glass. “I don’t need to worry about a VPN. So I don’t need to worry about the different ways I need to access different company resources. I just log on to Workspace, launch my virtual desktop and I’m in the office for all intents and purposes.”

Beyond the potential productivity benefits, remote working also enables companies to retain the best talent. Some of the world’s most attractive employers – from financial services firms to tech giants – have acknowledged that hybrid working will be essential if they want to continue to hire and retain workers in competitive job markets.

“People typically from the north would move south after university to the high-flying careers down there,” Bartlett notes. “They can buy a house a lot cheaper up in say Manchester, where they were raised. We’ve seen more people move up north or further out, and sometimes yes, coming in, but not every day and certainly not relocating their lives.”

“I think that that kind of social wealth is probably being more evenly distributed over the country in some part as a result of that.” Remote working, Bartlett suggests, has the power not just to improve the lives of individuals, but wider society and the economy too.