Edwin Poots has resigned as DUP leader, after only 20 days in the job.

His leadership was blighted before it had even begun, from the moment he and colleagues launched their coup to oust Arlene Foster. Poots may have succeeded in replacing her, but the plot to topple her began with a rumoured letter of no confidence that never materialised; failed to keep the DUP’s MPs on side; and resulted in a leadership contest against Jeffrey Donaldson in which Poots secured a far narrower victory than his supporters had anticipated.

Once he took the job, there was immediate disquiet internally over his decision to separate the roles of DUP leader and first minister. In theory, this would be a way of distancing the DUP from the decisions it takes at the head of the Stormont executive. In practice, it is a difficult situation to maintain: the first minister, a job Paul Givan agreed to take with a degree of reluctance, would be beholden to the agriculture minister, the role Poots intended to keep.

But the real trouble began when Arlene Foster formally stood down as first minister on 14 June, meaning that both a new first minister and deputy first minister had to be appointed within seven days, or else a Stormont election would be called. Sinn Féin demanded a commitment to implement Irish language legislation before they would agree to nominate their own deputy first minister, and, in the early hours of the morning on Thursday (17 June), a deal was reached. Brandon Lewis, the secretary of state for Northern Ireland, agreed that the British government would introduce the legislation in Westminster by October if Stormont had not already done so, and both the Sinn Féin and DUP leaderships nominated candidates. 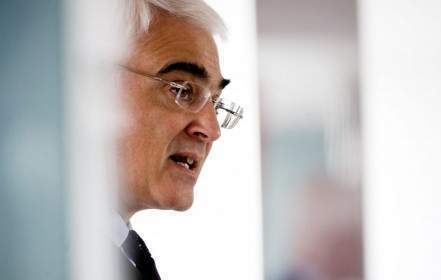 Alistair Darling, the Miliband dilemma and what the party must do next 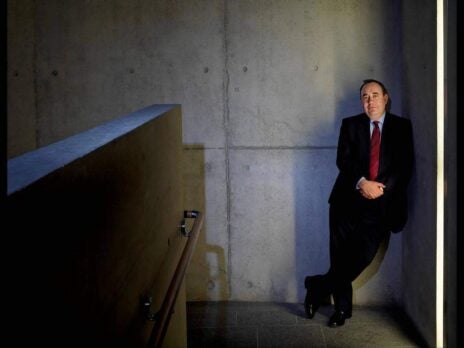 Alex Salmond: “This is the phoney war. This is not the campaign”

But even on Wednesday Edwin Poots knew his party would struggle to accept these terms. He avoided the media as he left Stormont in the early hours, and issued a statement to his party’s MLAs and MPs regretting the “instability created by Sinn Féin” but confirming he would nominate Paul Givan at the earliest opportunity. Then, in an extraordinary meeting of his party, Poots was urged by his MPs, peers and MLAs not to nominate yet, amid concerns that the party was capitulating to Sinn Féin and the British government over Irish language provisions. There was particular concern that the controversial Irish language commissioners created by the legislation would first be appointed in March 2022, just weeks before the DUP expects to fight a Stormont election. The party would evidently vote against nominating Paul Givan; Poots walked out and proceeded to nominate anyway.

It was clear from that point that Edwin Poots’ leadership of the DUP was untenable: indeed, most interpretations of the Good Friday Agreement would suggest that his nomination of the first minister would not be credible without the support of his party officers behind him.

After hours of wrangling at DUP HQ and a suspected motion of no confidence against him, it was finally confirmed that Poots is stepping down. The DUP is at a low point, both in the polls and in terms of broader unionist anxieties about the Northern Ireland protocol, which the toppling of Arlene Foster – and her replacement by Poots – was supposed to solve. But rather than a resolution, Poots’ DUP colleagues considered that the agreement brokered on Wednesday night was a further unnecessary humiliation for the party at a time of particular electoral sensitivity. He had to go, and Jeffrey Donaldson is the expected replacement.

But the problems won’t go away for the DUP. The party is still dealing with the immediate issue of poor polling performances, and the wider concerns of unionist anxieties and demographic trends away from the party. In the meantime, they still need to reach some sort of agreement with Sinn Féin, if they are to avoid the election the party feels it can ill-afford. That deal needs to be reached by Monday, or the DUP will face an electoral reckoning sooner than it wants to.