The security minister has announced that Action Fraud, the UK’s official reporting centre for fraud and cybercrime, will be “totally redesigned” to cope with the vast issue of online scams.

Damian Hinds was speaking to the justice committee in parliament around the pernicious issue of fraud, which now accounts for over half of all UK crime.

He confirmed that the revamped Action Fraud would launch in 2024. Government has already given an initial £25m investment to boost its service, which includes improving detection technology, customer service and victim support through more staffing. He also confirmed that the government is reworking its existing Fraud Action Plan, to be published later this year.

The committee described the reporting centre as “overwhelmed” and under-resourced given the “enormous scale” of fraud. Online scams have proliferated since the start of the pandemic, as people have increasingly spent more time online. 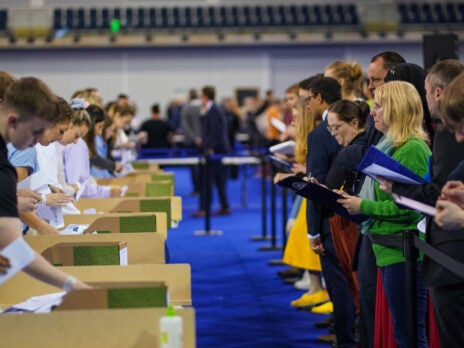 Action Fraud reports that the UK saw £2.35bn in losses over 2020 and 2021, and received nearly 876,000 reports. However, there were just 5,835 arrests for fraud offences in England and Wales over that time, a 60 per cent decrease on arrests made in 2015. Research from the Office for National Statistics (ONS) also shows that only 15 per cent of fraud cases are reported.

Katy Worobec, managing director for economic crime at UK Finance, also presented evidence to the committee and called on government to establish a fraud minister, rather than designate it to the security minister as part of his remit.

She said that such a ministerial role could draw together government, tech businesses and the plethora of law enforcement agencies and industry bodies such as Action Fraud, the National Economic Crime Centre and the National Cyber Security Centre (NCSC) in a cohesive way.

She also called for legislation that would empower banks to slow down and freeze payments, highlighting the growing issues of authorised push payment (APP) fraud.

This is where the fraudster targets and manipulates the victim to transfer money over to another account, and often involves impersonation. This can include romance scams, or individuals pretending to be bank administrators, contractors hired to do work or family members.

She said that the technology is there to slow down transfers but “the legal framework doesn’t really allow you to do that”, and that regulation should be tightened up so banks could take a “risk-based approach”, enabling them to stop the movement of money between accounts where they deemed there to be a risk of fraud.

Advertising for “money mules” on social media also needs to be tackled, she said – where fraudsters seek people out online to allow their bank accounts to be used to hold or move money, for a cut of the profits. Students and young people are often targeted. “What we [don’t primarily see] is accounts that are opened by fraudsters,” said Worobec. “Existing accounts being used as money mules is the issue.”

Rather than solely focusing on victim reimbursement, efforts should be focused “upstream” to curb fraudsters at source, she said, including by using the upcoming Online Safety Bill to stop such advertisements.

The bill, which looks to make social media platforms safer for users, includes fraudulent posts and advertising as part of its remit. Big Tech firms such as Facebook and Instagram will face punishments if they fail to tackle scams on their websites, including a fine of up to 10 per cent of their global annual turnover or having their sites blocked in the UK.