In early January, when reports of a novel coronavirus in China were starting to trickle into the headlines, Danny Dorling was putting the finishing touches to his latest book.

In March the World Health Organisation declared a pandemic. As what the Oxford University social geographer describes as the “arrogance” of colleagues and decision-makers evaporated, and lockdown was imposed, Dorling saw a world emerging that was not dissimilar to what he had outlined in his book – though the circumstances were quite different.

Slowdown, published in March, describes a world in which most measurable things – from economic growth to innovation – are slowing down, and argues that this is a good thing. In a slowed-down world we would work less, consume less, and find meaning and purpose in other things. Equality would become more important, too. Without growth, Dorling’s thesis goes, the only way to raise standards of living for the majority would be through redistribution.

Equality and redistribution are themes the social geographer has returned to throughout his career. His 2014 book, Inequality and the 1%, looked at how being born outside of the top-earning part of society affects your life chances, and the corrosive effect inequality has on society.

In another book on housing published that same year, he argued that the UK’s housing supply was sufficient, but that it was in the wrong places. Dorling pointed to the many empty homes in depopulated former industrial towns and cities in northern England. Among his ten-point plan to address the housing crisis was a reverse Right to Buy policy allowing home-owners to sell to councils and become tenants instead.

See also: Why half a million redundancies are only the beginning of the UK’s jobs crisis

While working on Slowdown, Dorling identified only four factors that were still accelerating: carbon emissions, average surface temperature, the number of international flights, and the movement of international students. But since the start of country-wide lockdowns, these have not only slowed but fallen – even if temporarily.

Now his book seems almost prophetic. Covid-19 is not mentioned in it, he told me in a recent phone call, but he did look at the impact of modern pandemics on measurable variables such as the economy. Historically the effect of pandemics has been limited: “There’s not very much effect but you can sometimes see them as sort of small blips,” he said. 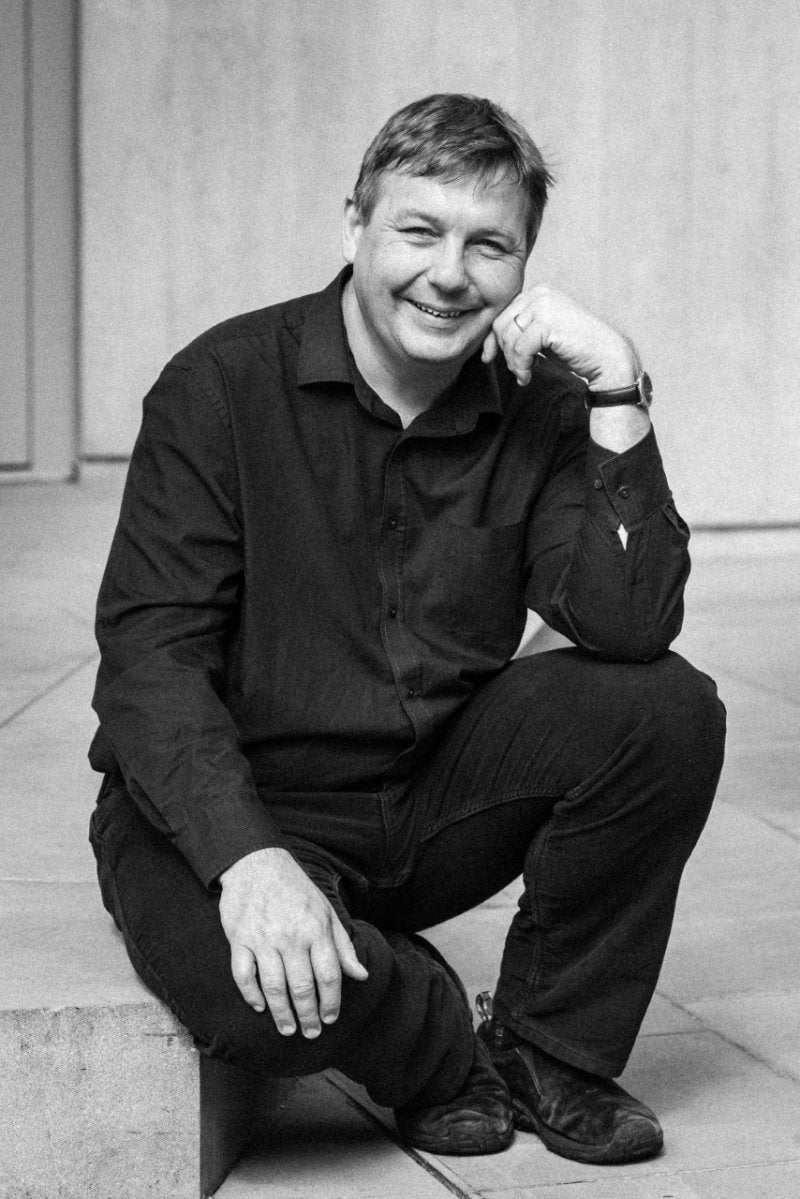 Dorling goes into an intimidating level of detail to make his point. When I asked about the moment he realised the Covid-19 pandemic was something different, he whizzed through the flus of 1918, 1951, 1957 and 1968 (“and that came back in 1970-72”). He talked about the “smugness” that pervaded public policy because of the experiences of Sars, Mers, Swine flu and Bird Flu. “We were expecting this one to come down as fast as it went up,” he said. When that did not happen, governments across the world implemented unprecedented lockdown measures.

He is particularly interested in the comparison between the coronavirus pandemic and the cholera epidemics of the 19th century, decades before germ theory. “A key thing about cholera was it was new, we didn’t know how it spread,” Dorling said.

“The rich were petrified of cholera,” Dorling said, because it was a disease they did not know how to protect themselves against. Coronavirus has left heads of state and celebrities needing urgent medical care. “If this was a thing that had only killed the poor it really would have had a very different reaction to it,” he said (though, according to available data, people from lower socioeconomic backgrounds have worse health outcomes for Covid-19). Dorling added that the cholera pandemics prompted a revolution in sanitation, housing and public health.

Dorling believes the coronavirus pandemic will feed the slowdown he has written about. “We were already at the start of a global recession [before the pandemic],” he said. “There were already many, many things going wrong.”

One of these was the expansion of airline travel. “The airline industry has actually got as big as it ever needs to be. Too big,” he said. “Governments would be absolutely foolish to try and prop it up.” Dorling confessed he had ten flights cancelled due to the pandemic. “It’s shameful. I work in the school for geography and the environment.”

A slowdown is a tough sell, particularly if it might resemble life under lockdown or during Covid-era recession, but Dorling said the evidence is on his side. “Buying doesn’t necessarily make us happier. It did make some people very wealthy and they put a lot of effort into getting us to buy more.”

He compared the picture in the UK, where there has been little growth in life expectancy since 2014 and wealth inequality is high, to Japan, which has experienced slow economic growth for the past two decades. Dorling pointed out that Japan has the “highest life expectancy in the world, lowest crime rate, cleanest city in Tokyo, declining car use…”

Governments do not want a slowdown but the pandemic has pushed them into the types of policies that might be seen if they were to embrace one, such as higher public spending on social security and healthcare.

The pandemic has forced the Conservative Party “to behave in a way like social democrats for a time”, said Dorling. The government has scrapped stamp duty in an attempt to prop up the housing market. Dorling observed: “It’s a bit like watching [the US president Herbert] Hoover in 1929-31 trying to keep business as usual going.”

What does a transition to a slowed-down world actually look like? According to Dorling, it is about having the income, food, housing and services to live at a decent standard of living without the excesses and extremes of inequality. This would involve a focus on durable products, a healthy diet with less meat, and a reduction in the wasteful use of natural resources such as water.

The slowdown he envisioned in the book would be different from the economic trauma of Covid-era policies such as lockdown. Dorling would like to see a move to a four-day week, a universal basic income and an emergency programme for opportunities for the young. He would move the UK more towards “German-style” levels of public spending, with a focus on health and university education.

Longer term, he believes that living standards can be maintained and even improved for most people in a slowdown, “as long as you have redistribution and control the greedy”.

“But we’re not very good at redistribution and controlling the greedy,” he said. A painless, or less painful, slowdown would require active public policy. He is not optimistic that the present government would endorse his thinking.

Commenting on the Chancellor Rishi Sunak’s replacement of furlough with the Job Support Scheme, Dorling said he does not expect the plans to reduce inequality. “Sunak is missing all the opportunities available to him to begin to look at… a basic income.” The most positive thing Sunak did in the spring, Dorling said, was temporarily adding £20 a week to Universal Credit, a measure that is due to expire in April.

Due to his role as an academic, Dorling is aware of the impact of the coming crisis on students: “I see tweets from graduates from my university who just say, ‘Please, can anybody offer me a job?’”

As he sees it, the young people who joined Labour for the first time under Jeremy Corbyn’s leadership and took its membership to the largest of any party in western Europe are also those who left university with tens of thousands of pounds of student debt and had their EU citizenship taken away. Dorling believes that with these “binding” factors and without the promise of good jobs, this generation will come to resemble those of 1945 and 1968, shaping the world to meet their needs. It is when things have gone “spectacularly wrong” for a generation “because of the folly of the generation above them” that we see real change, he said.

But the population is ageing and there are fewer and fewer young people. “This September/October we have the lowest number of 18-year-olds ever [in the UK],” Dorling said. This is important because older people are more likely to vote Conservative and more likely to have voted to leave the European Union. Dorling looks to the Labour-voting, pro-EU young to create a fairer, kinder Britain.

See also: Why the UK is sleepwalking into a job crisis

Could a slowdown prompt a crisis in democracy? After all, recessions and depressions are not traditionally associated with political stability. The UK was already experiencing a crisis of democracy before Covid-19 hit, said Dorling. “We were at the centre of far-right politics in Europe.” It is British exceptionalism, he argues, that prevents us from seeing how “weird” we are compared to the rest of Europe.

Dorling’s prediction is that what he calls the “co-opting mechanism” myth – “if you work hard, if you get a job, if you save, if you get a mortgage, you will be OK and [able to] look after your family” – is under serious threat in the current crisis. Without the promise of increased standards of living, and particularly with increasing house prices, support for the current government will begin to collapse. Owning a house that has inflated in value and is also your pension means little when your children are trapped in private rented housing waiting for you to “shuffle off” to a care home, he said. “It’s an incredible confidence trick [government has] played on the British people.”

The Office for Budget Responsibility estimates that unemployment will likely peak at around 12 per cent at the end of this year and, in its least optimistic scenario, may not have returned to the pre-Covid level of around four per cent by the end of 2024. With this will come the social and economic impacts of unemployment.

The challenges to realising Dorling’s vision of slowdown are many, from recession to people’s reluctance to give up their consumer lifestyle. The theory may be well founded, but if the UK is heading for economic collapse, the journey to a slowed-down world could be much more traumatic than his book outlines.