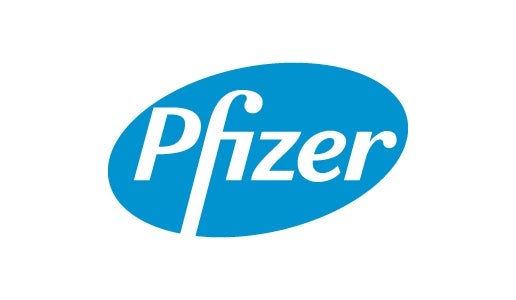 What is the future of transport?

Over the past 50 years it has been clear to us how people use cars, buses, trains or bicycles. But we’re at a point where emerging technologies may have a really transformative effect on how people travel and actually have a broader and unpredictable effect on society. Fully autonomous vehicles (FAVs) – cars that are able to fully undertake the driving task – and electric vehicles (EVs) could have a huge impact, and not necessarily in ways that are immediately apparent.

FAVs could spell the end of traditional car ownership. Shared cars could become far more common as it becomes easier to order a vehicle that suits your immediate needs – smaller electric cars for short journeys, larger and more luxurious vehicles for longer journeys with more passengers. Individually owned cars that spend most of their time parked in driveways or car parks may become a thing of the past, freeing up valuable space in cities. We’re already seeing the growth of car share services and technology-enabled, pay-by-the-hour vehicle hire. This can only accelerate with the advent of convenient FAVs.

The Secretary of State for Transport, Chris Grayling, has set out his intentions to have “fully self-driving cars, without a human operator, on UK roads by 2021”, but there is no consensus on whether this is achievable. Some say it’ll be difficult to introduce these vehicles into cities with cats, dogs, crowds of pedestrians, unpredictable movements, and changeable and sometimes dangerous weather. There will need to be an understanding of legal and liability issues when accidents occur. Nevertheless, huge multinational companies are investing billions to try and make FAVs a reality. At the same time, governments and public bodies need to take into account some of the secondary effects that these vehicles will have. It’s important that in the middle of all this we don’t lose sight of what people actually want from transport and from their urban environments and city living.

Creative education is as crucial for children’s learning as maths

What is it that people actually want from transport?

As with many new technologies, FAVs will have positive and negative effects. Autonomous vehicles are likely to be better drivers than humans, meaning there will be fewer accidents and road fatalities. They could provide accessibility to disabled people and the elderly. They are also likely to be electric, meaning fewer emissions. So FAVs will probably have a positive impact on safety, accessibility and the environment. But there are other factors to consider. A shared, autonomous fleet might bring the cost of transport down for individuals, discouraging the use of mass public transport services or walking and cycling. This, and their convenience, could actually increase congestion, just as the proliferation of smartphone ride-hailing apps has increased traffic in many large cities.

Also, increased car use runs counter to the visions of many European cities that are setting ambitious targets for reducing vehicle use. Sadiq Khan’s vision for London is one where 80 per cent of London journeys are made on foot, bicycle or public transport by 2041, while Copenhagen aims for 75 per cent of trips to be completed in those ways by 2025. Similarly, authorities in Paris want to halve the number of cars, and Helsinki plans to do the same by rolling out cheap, on-demand public transport. An FAV revolution could derail these plans and increase dependence on private vehicles.

Then there are factors such as air quality, quality of our public spaces, and physical and mental health to consider. EVs are not without their social costs – the elements used in their batteries are mined in conflict zones, and particulates from tyres and brakes still cause air pollution. Heavy traffic – whether caused by FAVs, EVs or standard petrol cars – discourages bicycle use and hinders pedestrians, impacting health. Noisy and crowded public highways can be detrimental to any urban environment. In the short term there may be job losses and economic disruption that the spread of FAV use will cause to taxi, lorry and bus drivers, as well as the losses that will likely be incurred by insurers.

The way we approach transport has to be well-rounded and holistic. We can’t adopt a one-size-fits-all model that focuses entirely on pushing FAVs and EVs. A sound approach would be to plan ways in which they can work in tandem with bicycles, pedestrians and public transport rather than replacing them, so each mode of transport complements the other, and to continue to limit demand for cars and private vehicles, whether they be driver-operated or autonomous.

What do policymakers need to do to support that kind of vision?

To encourage people not to use cars you need to provide good alternatives. That requires investment in quality, affordable public transport networks as well as cycling and pedestrian infrastructure. But often these are not enough; experience in London and Stockholm has shown that congestion charges are a remarkably effective way to manage road travel. As a tool that governments have in their arsenal they are incredibly, and measurably, efficient. In London, the congestion charge immediately reduced traffic by around 20 per cent. In Stockholm, congestion charging was introduced, stopped for a referendum that voted narrowly in its favour, then reintroduced. During that period, congestion was reduced by 20 per cent, before rebounding back to previous levels upon its temporary abolition, only to fall by 20 per cent for a second time after the toll’s reintroduction. The popularity of these charges remains high, presumably because of the benefits that they bring in terms of reduced congestion, improved air quality and better transport services funded by toll revenues. With new technologies, new charging structures will be required too. For example, with the advent of FAVs, it may be desirable to charge empty vehicles more than those with more occupants. Or to charge those with higher emissions more than those with low emissions.

Legislators, local and national governments have to keep a number of things in consideration: economic prosperity will always be high on the agenda, but they also need to consider quality of life, air quality, the quality of our public spaces, people’s health, and access to jobs and activities. Policymakers with tunnel-vision may make policy choices with undesired consequences. For example, the focus on reducing CO2 emissions in the UK and Europe led to a substantial rise in sales of diesel vehicles that have had a bad impact on air quality.

Vision, robust and adaptive plans, consistent monitoring, and a comprehensive and holistic framework are needed to bring about a truly 21st-century, integrated transport system, and to do that we need to keep transport policy people-focused, and make sure people’s wants and needs for their urban environments remain at the forefront of the conversation.