What’s the stupidest thing you ever did as a teenager? For me, it’s the time I spent four hours hanging around outside the house of the person I had a crush on so I could casually bump into them and claim I was “just passing by”. You might call that stalking – and you’d be right. But my adolescent brain wasn’t thinking of how it would look a decade later or what people might conclude about my adult self based on that one mortifying and frankly creepy lapse of judgement.

Thankfully, there’s no record of that incident beyond a memory that makes me cringe. But I’m certain if I could bring myself to read the (now deleted) blog I kept obsessively for six years, or scroll back through the archives of my abandoned Facebook profile, I’d find evidence for no end of indiscretions: harsh words, ill-thought-out opinions, weird delusions, and a distinct lack of nuance. I don’t remember ever using slurs or resorting to racial stereotypes, but given I lacked the sense to realise camping out on someone’s doorstep was deeply inappropriate, I don’t imagine it would make for pleasant reading. As the saying goes, “we never really grow up, we only learn how to act in public”.

So I’m torn about the messages uncovered from when Azeem Rafiq – the whistle-blowing cricketer who shocked the nation with his testimony on the racist bullying he suffered at Yorkshire County Cricket Club – was 19, which include disparaging comments about Jews. On the one hand, anti-Semitism is so often ignored in the discourse about confronting racism, and someone who has become a figurehead for calling out bigotry should be aware of their own prejudices. On the other, he was a teenager. It was ten years ago. He says he doesn’t remember making those comments, and considering how many messages we post every day, does anyone doubt that?

More damning are the WhatsApp messages from 2015 that Rafiq is alleged to have sent, aged 24, to a then 16-year-old Gayathri Ajith, whom he met on a flight to Dubai – messages she has called “creepy” and “vulgar”. Ajith has made the point – rightly – that one who takes a stand against racial discrimination should care about sexism too, saying, “He’s calling for equality and respect, but why is he not embodying that in all aspects? Especially in his tone towards women. It’s hypocrisy.” And I agree. 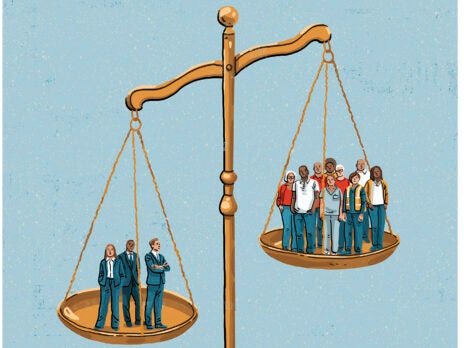 But I struggle to see how any of this is relevant to the conversation about racism in English cricket. It’s not a coincidence that these stories are surfacing now: the implication is that Rafiq has lost the moral high-ground, and with it his authority to talk about racism. Going by the frenzy to discredit him, I can’t help but feel as though the conclusion we’re meant to draw from these revelations is that sleazy texts and anti-Semitic slurs somehow excuse the abuse he experienced while a Yorkshire player. He was a perpetrator of intolerance, therefore he can’t be a victim too.

There are two trends at play here. One is the trawling through people’s pasts for ammunition that can be used to damage their reputations. In this, Rafiq joins fellow cricketer Ollie Robinson, whose sexist and racist tweets as a teenager led to him being given an eight-game ban from the England Test team, and countless others – Chrissy Teigen, Zoella, a former Teen Vogue editor.

The other is even more insidious: the line of reasoning which goes that once evidence of a person’s prejudice has been uncovered, it cancels out any harm they themselves might have suffered. Rafiq’s old comments don’t make the racist bullying against him years later any less severe, but they do encourage us to have less sympathy with him.

Similarly, JK Rowling has become such a polarising figure over the issue of trans rights that when she revealed last year how she was a survivor of sexual assault, she was accused of exploiting her experience. It was as though her views on trans rights were deemed so offensive as to nullify the abuse she had endured and her commitment to tackling violence against women – just as Rafiq’s apparent hypocrisy undermines his appeal for equality now.

The problem is, if we can’t acknowledge that people who hurt others can be hurt themselves, it is virtually impossible to make any progress – on racism, sexism, transphobia, or anything else. Spend too much energy dissecting the credentials of the victim, and you miss the opportunity for change.

I do not wish to rail against “cancel culture”, which so often seems to consist of high-profile figures insisting in the pages of national newspapers or on television that they are being “silenced” for their views, never accepting that people have every right not to buy their books or read their articles if they don’t want to. Freedom of speech is not freedom from the consequences of that speech, and all that.

But there is something toxic about this attitude of one-strike-and-you’re-out, a culture (amplified by unregulated social media platforms) that is so determined to categorise everyone into villain or victim that an ill-judged text from a decade ago can derail a serious discussion about racism, or destroys someone’s reputation. “Use every man after his desert, and who shall ’scape whipping?” as Hamlet puts it. There is a new puritanism at large. The standards to which we hold others have become so impossibly high I’m willing to bet none of us would meet them if our past comments and actions were put under the microscope: every insult we ever uttered, every angry rant, every time we turned up at someone’s house in the hope they might love us back. What matters, surely, is not what we said then, but whether we learned from our mistakes – and what progress we can make now