There was shock when rioters stormed the US Capitol on 6 January 2021, raging against Donald Trump’s election loss. They smashed through windows and broke into officials’ offices, with little intervention from law enforcement and tweets of encouragement from the former president. How could this happen? However, it soon became clear that this attack was far from spontaneous: occupying the Capitol had been conceived in advance. Organised openly on social media, through hashtags, group chats and public pages, the police had even been warned before something like that might happen.

The attack was categorised as unprecedented – the consequence of the American attitude to “taking up arms”. But two years later, a nearly identical situation has taken place, this time in Brazil. On Sunday 8 January, hard-right activists stormed the Congress building and presidential palace in the country’s capital of Brasília, in response to the election loss of Jair Bolsonaro last October.

The US and Brazilian scenes were eerily similar: nationalist chants, destroyed windows and furniture, police inaction, and the lost look in the eyes of rioters when they got into the building, not quite knowing what to do next. The attack was organised online through the same platforms, and had brewed on social media for weeks beforehand. We can no longer call incidents like these “isolated”. In fact, the riot was both predictable and preventable – the latest manifestation of a type of online radicalisation that has grown during the past decade. This form of social media-driven, real-life political violence could soon become the norm.

Both were largely coordinated via Telegram, a messaging service that acts like a message board. In recent weeks, US slogans from 2020, such as “stop the steal” and “election fraud”, were repeated ad nauseam on the platform, this time in Portuguese. As on 6 January, much of the organisation seems to have happened on Telegram, despite reports around the result three months ago warning how Bolsonaro supporters on Twitter, Facebook and TikTok were calling for “intervention” to reverse election “fraud”. The Washington Post described how on TikTok the majority of keyword searches for “ballots” yielded results such as “rigged ballots” and “ballots being manipulated”; on Telegram, a video went viral calling for the deaths of the children of those who voted for Bolsonaro’s successor, Luiz Inácio Lula da Silva, which was eventually removed by the authorities. 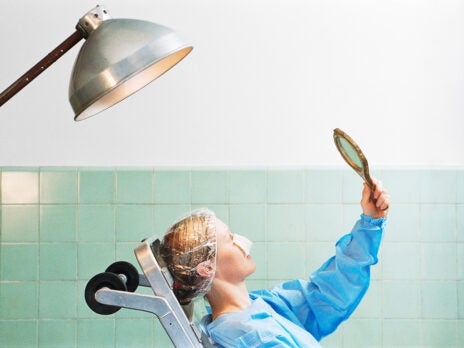 A repesentative from Telegram told Reuters that it is “a platform that supports the right to free speech and peaceful protest. Calls to violence, however, are explicitly forbidden on our platform. Our moderators use a combination of proactive monitoring in public-facing parts of our platform in addition to accepting user reports, in order to remove such content.”

After his takeover of Twitter, Elon Musk fired the majority of its staff in Brazil, with some reports suggesting that no Twitter teams have been actively monitoring content in the country since November. Though Meta, Facebook and Instagram’s parent company, marked Brazil as a “temporary high-risk location” during the election month of October, the campaign group SumOfUs published research that found those platforms were still directing users to content that questioned the integrity of the vote. Platforms seemingly did not take responsibility for those warning signs.

A spokersperson from Meta said that the company “has been removing content calling for people to take up arms or forcibly invade Congress, the presidential palace and other federal buildings… We’re actively following the situation and will continue removing content that violates our policies.”

These posts and messages were not buried on niche accounts, they were thriving on mainstream platforms. We have seen this before: when it comes to almost every high-profile incident of real-life violence perpetrated by someone radicalised online, there is a retrospective realisation from government officials, law enforcement and platforms that there were warning signs on social media. Much like mass shootings, the 6 January riot may have become a blueprint that events in Brazil suggest can be copied.

Maybe after two attacks like this – with the aims of both unclear, and with many rioters facing legal consequences – a third is less likely. But the act is less about a specific achievement, such as overturning an election, and more about reaching new minds, demonstrating the size and commitment of their supporter base, and normalising political violence and distrust of the establishment. The real and arguably more dangerous legacy is the shifting of the Overton window, ensuring more people are recruited to a growing hard-right movement. The ineffectual efforts from those in power to prevent violence precipitated by online radicalisation suggests there could be post-election rioting after every tightly contested election.

Extreme polarisation is almost universal in modern global politics – in large part thanks to social media. If social platforms are not held to account, already entrenched political lines will only harden; online rhetoric will only become angrier, as misinformation and conspiracy theories around governments flourish; and the legitimacy of future elections will become more contested.

Wherever it might happen in the world, last weekend suggests a political trend for the 2020s. These riots will not be seen as freak accidents or isolated incidents but the result of the thread of online radicalisation being sewn into the fabric of our politics.

[See also: The attack on Brazil’s Congress had the aesthetics of a coup, without the danger]