Six years ago, just before the 2015 general election gave the UK its first majority Conservative government in decades, Spiller, 40, set up an Instagram page called Simple Politics. If you haven’t heard of it, you will still instantly recognise its blue and white graphics which flood social media.

The page breaks down complicated political news into need-to-know information and has fast become the most popular independent social media news source in the UK, shared and reposted by a range of high-profile followers from supermodel Cara Delevingne to fitness influencers. During the Covid-19 pandemic  it has been averaging 1,000 new Instagram followers a day. Now, it has almost 700,000 followers.

The decision to start the page came at an unhappy time in Spiller’s life. “My mental health was really bad at that point. My marriage was breaking down. My personal and professional life were both a wreck,” he recalls. “I decided to leave my job as a teacher in Kent and start my own thing. I’m bipolar, and have borderline personality disorder so I’ve often made big decisions when in something of a manic state.” Over the years Spiller has worked with schools in parliament, been a journalist and a teacher. But through a pure stroke of luck, Spiller insists, Simple Politics has endured. 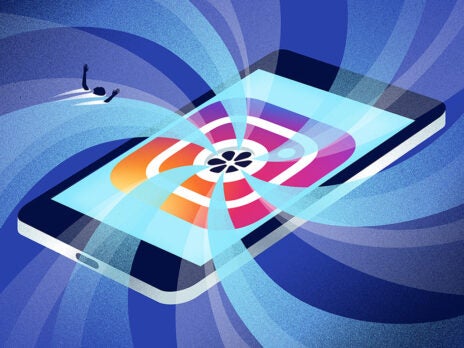 “I’ve always been terrible at long-term thinking,” he says. “When I first launched, it was only to tell people about the laws and the bills that were happening and I was just writing them on the Simple Politics website.” Then came the Brexit vote. “All the Brexit campaigning, then the fallout from the referendum, and then another general election, and then more Brexit for that election. It couldn’t have been better timing for me. It became clear that, more generally, people were starting to know more about politics.”

[see also: Can GB News really compete with the BBC?]

From then on, Simple Politics became an Instagram-focused platform and its bullet-pointed posts began to attract new followers every day. Unsurprisingly, most of the people who currently follow Simple Politics are under 35 and the page is often where the majority get their political news first. “My followers tell me they don’t want to watch news – it’s all got too much for them, especially those daily briefings during lockdown. They couldn’t cope with it,” says Spiller.

At the start of 2020, Spiller thought Simple Politics would be lucky to last another year. “I was thinking that I would take SP through to the summer and then that would probably be it for that journey. That would have been five years. And the money would have gone.” And then, of course, in March 2020, everything changed. “I mean I couldn’t have written a business plan for the pandemic,” he says.

During lockdown, the page’s follower count tripled. “We had huge growth: maybe about a million views on our posts a day. Even if people weren’t following us, they were seeing screenshots or shares of our posts. I know someone who printed off our breakdown of the amber travel guide for their parents who weren’t on Instagram, so they could take it with them on their holiday.”

Simple Politics wants to offer a remedy to the busy news cycle through more accessible content than that of traditional media. But could it ever really compete with established outlets? “I don’t know about overall consumption of the media but I know there is certainly a hunger for what I do. In recent years all the news outlets now have sections where they simplify stuff. I don’t know if there’s any correlation between that and the growth of SP but there has been a definite pattern.”

[see also: Instagram’s pivot to video marks the end of social media as we know it]

However, somewhat paradoxically, Spiller is worried about a future dominated by social media news providers. “All these outlets have their place. I’d be very sad if everything came down to social media stuff. You know, there are some pages that I really hate. I think some outlets do what they’re doing really badly: they mislead to get engagement.”

Since Simple Politics’ success on Instagram, well-established meme pages such as the Archbishop of Banterbury, which has over a million followers, have started to follow in their footsteps. “At the moment, the news… is changing all of our lives so much that of course other pages have started sharing politics news,” he says. “The aim of a lot of these pages is just to get bigger; they want to share things that people will engage with.”

For now, Spiller is still running Simple Politics on his own, sometimes with the help of two other part-time staff members. Almost all of the page’s funding still comes from follower donations. “I am absolutely blessed with the wonderfulness of the SP community,” says Spiller. “They’re just lovely people and I can only exist with them, so it’s great. I hope that we will still be around for the 2023 general election but who knows.”

Yet, despite Spiller’s humbleness, things have changed irreversibly since 2015. Now, more than ever, politics is at the forefront of national attention. “The news is the only thing at the moment; it’s the only thing there is,” he tells me, wistfully. “At SP we are just going to keep doing interesting things and hope that people like it. I’m not going to follow anybody else’s path.”