A new defence pact between the US, UK and Australia has blindsided the French government, which responded with fury to the announcement on 16 September.

The cumbersomely-named “Aukus” agreement means that the Australian government has cancelled a 2016 contract for 12 diesel-powered submarines signed with France, which reportedly was not warned of the new pact’s existence. Australia will instead build nuclear-powered submarines for the first time, using American technology, becoming only the seventh nation to operate them.

The agreement also covers other issues, such as cyber capabilities and artificial intelligence, according to the communiqué.

[See also: What does the new Aukus alliance mean for global relations?] 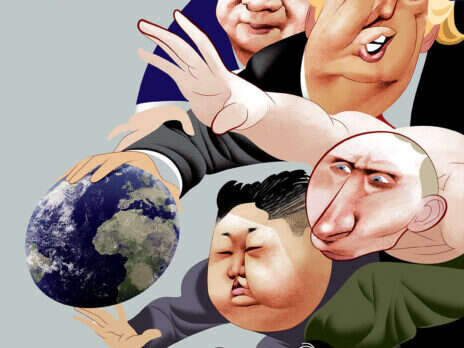 The Aukus agreement, although it does not explicitly mention China, is clearly intended to contain the People’s Republic in the Indo-Pacific region. It comes amidst a deterioration in relations between Australia and China over trade and human rights. Accordingly, the pact was swiftly denounced by the Chinese government as “undermining regional peace”.

The response from Emmanuel Macron’s government was unequivocal. In the early hours of 16 September, the foreign minister Jean-Yves Le Drian and the army minister Florence Parly issued a blistering communiqué denouncing a “decision contrary to the letter and the spirit of Franco-Australian cooperation”. The statement criticised “the US’s choice … to sideline a European partner and ally”.

In a radio interview, Le Drian went further, denouncing “a stab in the back”. He added: “We need explanations.”

“The French seem to be in shock,” said Tara Varma, the head of the Paris office of the European Council on Foreign Relations.

Macron’s government has reason to be. Australia’s pulling out of its previous deal deprives France of a “contract of the century”, worth around AU$50bn when it was signed and about AU$90bn now. The production of the 12 submarines, diesel derivatives of the French Navy’s Barracuda-class boats built by the shipbuilder Naval Group, was estimated to support about 500 jobs, according to the manufacturer’s CEO.

The newspaper Le Monde characterised the dispute as a “diplomatic crisis”. France not only loses the valuable contract but also the prestige and strategic value of the agreement, which saw its industry beat out competing bids from German and Japanese rivals. “This is more than a commercial issue for Paris. This deal was an underpinning of France’s Indo-Pacific presence and its deepening relationship with partners like Australia,” said Benjamin Haddad, the director of the Europe Centre at the Atlantic Council think-tank.

Signs of tension over the French contract had previously been visible. In 2020, the Australians expressed frustration with delays to the production of the submarines, which they feared could lead to a “capacity gap” between the end of the lifespan of the previous generation and the delivery of the new boats.

Announcing the Aukus pact, Scott Morrison, the prime minister of Australia, diplomatically said the decision to ditch the French contract was taken in light of the changing strategic situation in the Indo-Pacific, which he believes requires Australia to possess more versatile armaments. “They’ve been good partners. This is about our strategic interest, our strategic capability requirements and a changed strategic environment and we’ve had to take that decision.”

Diesel submarines cannot stay submerged as long as nuclear-powered submersibles. They are required to periodically surface to use their diesel motors to charge batteries used for underwater propulsion. Nuclear submarines, by contrast, can stay underwater for months on end.

The new pact, which blindsided France – the EU’s pre-eminent military power – has been interpreted in Paris yet another example of American unreliability. “Most anger [in the French communiqué] seems to be directed at the US – there is not actually that much about Australia,” Varma said.

In the radio interview, Le Drian bemoaned the US’s conduct in terms designed to strike the Biden administration: “This brutal and unilateral decision closely resembles what [Donald] Trump did.”