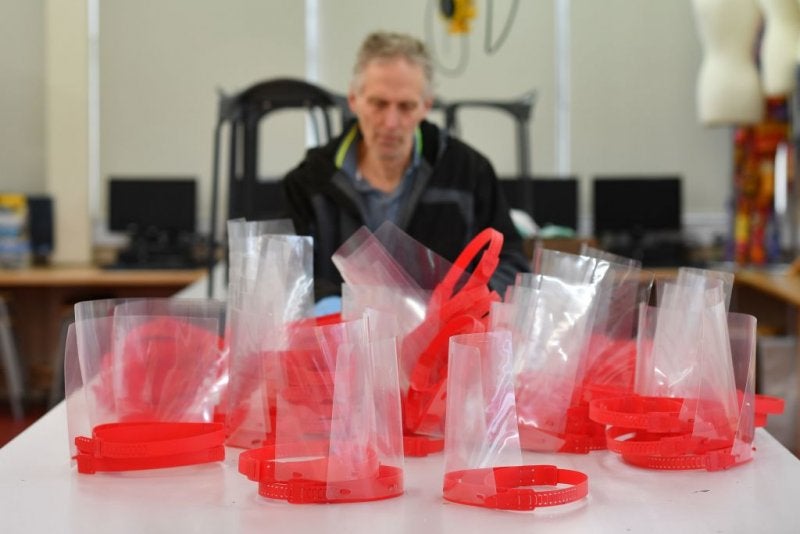 A BBC Panorama investigation has revealed that the government failed to buy vital items of personal protective equipment (PPE) despite being warned to do so by advisers. A PPE stockpile set up in 2009 contained no protective gowns, visors, swabs or body bags by the time Covid-19 reached the UK, the investigation found. The government’s pandemic advisory group told ministers to purchase gowns last June, but the government did not do so, and the investigation also found that millions of FFP3 respirator masks – which provide more protection than normal surgical masks – remain unaccounted for. The government procured 33 million in 2009, but it has so far only handed out 12 million. It refused to tell the BBC what had happened to the other masks. One NHS head of procurement said: “There is a complete lack of transparency from the government. They are creating panic, as we don’t know if they can supply us so we are scrambling to get it elsewhere.”

Meanwhile, ministers have drawn up plans for commuters to wear face coverings on public transport and for masks to be worn in shops, according to a report in the Telegraph. The story is corroborated by reporting in the Guardian, which says ministers are meeting with trade unions to draft plans for getting businesses back up and running. Unions are concerned that millions of employees are afraid of returning to work, and measures under consideration include using face masks and hand sanitiser in public transport, one-in-one-out rules in non-essential shops, and new procedures for building sites.

Chancellor Rishi Sunak has hinted that he will “gradually” wind down the government’s grant scheme for furloughed workers at the end of its life, rather than forcing the economy to go, as one Conservative MP described to the Financial Times, “cold turkey”. The Treasury says no decision has been made about how or when to end the scheme, which is due to finish on 30 June, but yesterday Sunak likened the termination of the scheme to the governments planned “gradual refinements” to lockdown measures. “That’s exactly how the process will work whether on the restrictions or indeed on how we remove some of the economic interventions we’ve put in place,” he told MPs in the House of Commons.

Lastly, the UK will hold a minute’s silence at 11am to pay tribute to NHS staff and other key workers that have died from the coronavirus.

Germany: The coronavirus infection rate is beginning to rise again, officials warned, following the easing of some lockdown measures last week. Small shops were allowed to reopen and some students returned to class. The “R” value – the number of people someone who catches the virus goes on to infect – has crept up to one after initially falling, they said.

US: President Donald Trump has again attacked China over its handling of the crisis, claiming the coronavirus “could have been stopped at the source”. “We’re doing very serious investigations,” he said, and suggested he would seek damages for the US.

France: Prime Minister Edouard Philipp will today put his plans for leaving lockdown before parliament. He is expected to specify which businesses can reopen first, and to announce that facial coverings will be compulsory on public transport.

New Zealand: The country has partially lifted lockdown measures, and officials say 75 per cent of the economy is now operational. One million people have returned to work, and restaurants are now open for takeaway meals.

Austria: Gatherings of up to 10 people will be allowed from the end of April, Health Minister Rudolf Anschober said this morning.

Argentina: The country’s lockdown has been extended until 10 May, but one-hour outings within a five-block radius of homes will be allowed, except in Buenos Aires, the Greater Buenos Aires, Córdoba and Santa Fe. Buenos Aires officials say current lockdown measures will likely last until at least the end of May in the city.

What I got wrong about Keir Starmer and coronavirus

Will the economic argument over Covid-19 end the same way as the financial crisis?

How coronavirus is leading to a religious revival