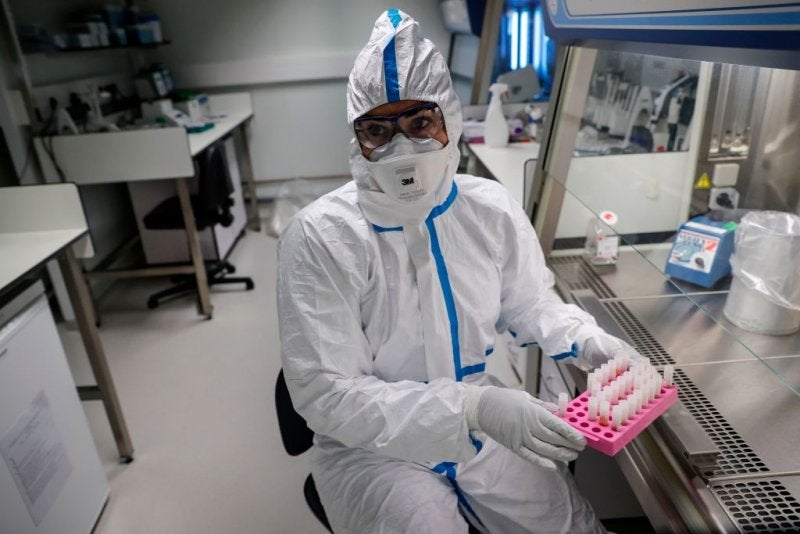 Good morning. The ongoing shortage of personal protective equipment (PPE) in the UK appears to be worsening: the head of one large NHS trust, who said he had run out of gowns for staff on coronavirus wards, called the BBC overnight asking for the phone numbers of fashion brands Burberry and Barbour, both of which are manufacturing PPE.

The trust director, who wished to remain anonymous, said he had “less than 24 hours’ supply” of gowns, and said the government’s insistence that there was enough PPE to go around was a “fantasy”. The director’s words echo those of Birmingham council leader Ian Ward, who said yesterday that supplies of face masks in the city’s hospitals were “desperately low” and could run out within two weeks.

The Department of Health is working with companies such as Burberry to ramp up PPE production, but textile industry experts last night told the Guardian that the government had been too slow to enlist firms. Ministers have placed too much emphasis on big-name companies, said Kate Hills, the founder of Make It British, which promotes UK manufacturers. “They’re just picking out brand names,” she said. “The people who can make this PPE are not well-known names, they are contract manufacturers behind the scenes. They’ve filled in the government’s request forms and heard nothing back.”

This morning, London mayor Sadiq Khan told BBC Breakfast that the public should wear non-surgical face masks when they leave the house to add “another layer of protection” against coronavirus, adding that he was lobbying to change government advice on the matter.

Finally, expect the government’s plans for easing the lockdown – which it last night suggested would last for another two months – to come under scrutiny from MPs today. Health Secretary Matt Hancock is set to face questions from the Health and Social Care Committee at a meeting held virtually this morning.

China: China’s economy has contracted for the first time in half a century. Official statistics show the economy shrank 6.8 per cent between the beginning of the year and 31 March, the first recorded economic contraction since the end of the Chinese Cultural Revolution in 1976. The country also revised its death toll statistics from the Chinese city of Wuhan from 2,579 to 3,869, a 50 per cent rise, amid growing scepticism about its official tallies.

US: Individual states can re-open businesses, restaurants and other parts of society when they please, President Donald Trump has said. The move contrasts with his previous assertion that the White House has “total authority” over coronavirus measures.

Denmark: Some small businesses, including hairdressers, beauty salons and driving schools, can reopen on 20 April, the government said. It follows the reopening of some nurseries and primary schools this week following a slowing of the coronavirus infection rate.

Latin America: The International Monetary Fund has predicted zero growth in the decade to 2025 in Latin America and the Caribbean, citing the economic fallout of the coronavirus pandemic

The four contests that will shape the post-Covid-19 world

Nine things we learned from the latest UK coronavirus data

Will the UK pay for this pandemic with another decade of austerity?