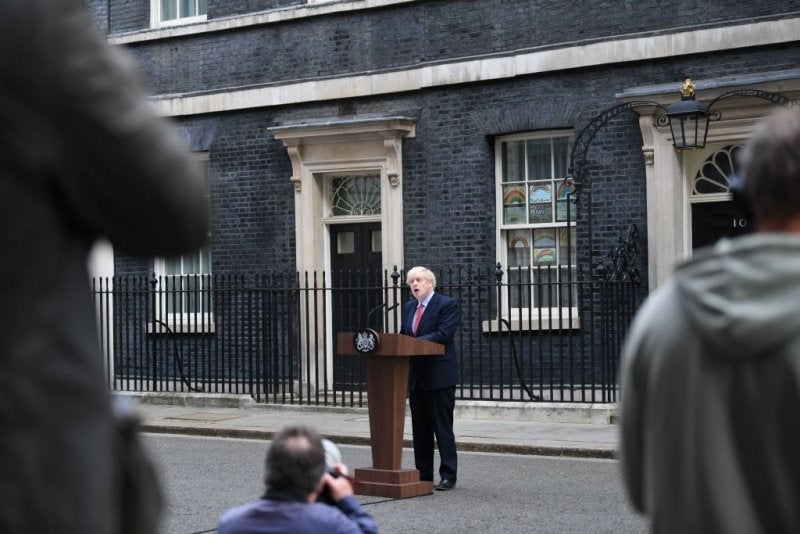 Prime Minister Boris Johnson used his first address since returning to Downing Street to warn that it was still too early to lift coronavirus lockdown measures. The government has come under increased pressure from both business figures and Conservative MPs to ease restrictions so that the UK’s economy can get moving again, but Johnson warned that premature action would risk a disastrous second peak of infections.

Now was the point of “maximum risk”, he said, but also a “moment of opportunity”. Comparing the virus to a mugger, he said the UK had “begun together to wrestle it to the floor”, and that now was the moment to “press home our advantage” by continuing to observe social distancing mesaures.

Despite his caution, he said the UK was near the point where it could move from “the first phase” to the “second phase” of tackling the pandemic, although he did not specify what this second phase would involve, or when the government would announce a plan for easing restrictions. When that time did come, lockdown measures would be eased “gradually… and one by one to fire up the engines of this vast UK economy”, he said.

He also pledged to build the “biggest possible consensus” across industries, party lines, and constituent parts of the UK, and pledged “maximum transparency” when making decisions. On that note, the government announced this morning that ministers would answer one question from a member of the public during its daily 5pm coronavirus briefing, and the government’s chief scientific adviser said some of the members of the Scientific Advisory Group for Emergencies (Sage) would have their names published “shortly”.

As the New Statesman’s political editor Stephen Bush writes, Johnson’s statement shows the UK will be in lockdown for a long time yet.