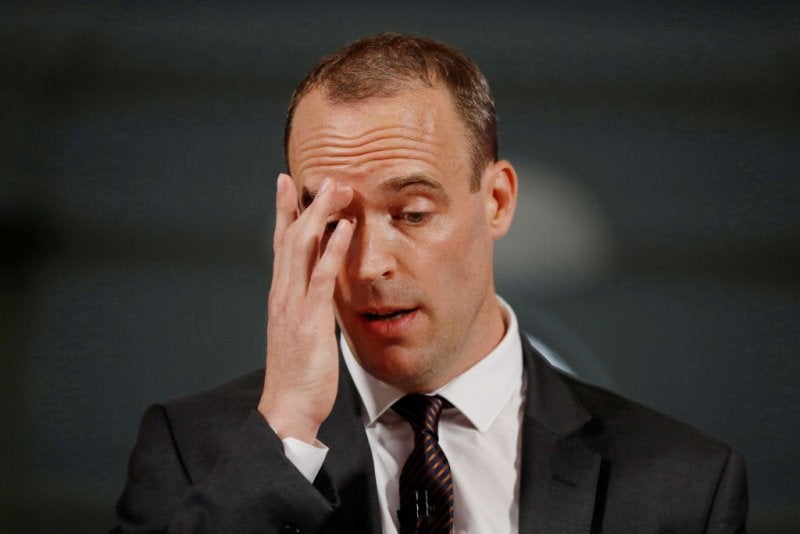 To the surprise of nobody, Foreign Secretary Dominic Raab today announced a three-week extension to coronavirus lockdown measures. But what was surprising, at least to me, was his apparently inadvertent suggestion that the current restrictions would carry on for roughly two months.

Raab said the government would only change its current restrictions when five criteria were met, including a decline in infection rate and a “sustained and consistent” fall in death rates. In other words, he said the government will only ease lockdown measures once the peak has passed. And he also said Boris Johnson’s prediction that we would be through the peak of the crisis in 12 weeks (which the prime minister made on 19 March) was still “broadly” right. When you add those two facts together, Raab was suggesting we have roughly two more months of the current lockdown measures.

Raab also said there may be a “transition” out of lockdown, and that restrictions may be lifted in some areas while they’re maintained in others.

Later in the briefing, the government’s chief scientific officer Sir Patrick Vallance suggested that at least some social distancing measures would need to be maintained long-term. It was crucial for the UK to keep the “R Value” – the average number of people that somebody with coronavirus infects – below 1 while vaccines are being developed. This would require measures that “reduce contacts between households”, he said.

Earlier this afternoon, the Prime Minister’s spokesman said that the UK would reject any EU request for an extension of the Brexit transition period because being bound to EU rules for longer would make it harder to respond to the coronavirus. This morning, a series of ONS surveys showed the impact coronavirus was having on British society, including on businesses, household incomes, and mental health. You can read our data team’s analysis here.

Read more on the New Statesman…

To tackle the climate crisis, the world cannot return to normal after Covid-19

The four contests that will shape the post-Covid-19 world

Under lockdown, I look to the stars – and online horoscopes – for escapism